Buy The Warren Buffet Way and The Warren Buffet Portfolio cheaply from Amazon. You too can earn money from writing articles by signing up for InfoBarrel.
InfoBarrel is a writing platform for non-fiction, reference-based, informative content. Opinions expressed by InfoBarrel writers are their own.
InfoBarrel > Business & Money > Investing

Building Wealth with Your Own Insurance "Float"

One way of increasing your wealth is by doing the same sort of things insurance companies do with their float. After all, why should they get the benefit of your money when it could be working for you instead?

"Insurance companies are sometimes good investments, sometimes not. They are, however, always terrific investment vehicles" Robert G. Hagstrom, Jr. in The Warren Buffet Way.[1]Float is the amount of money that insurance companies have from collected premiums that hasn't been paid out in claims. This can total quite a substantial amount of money, and a good proportion of a company's profits may actually come from investing this float.[2]

Credit: Freeimages.netBy taking a look at the list of assets of Berkshire Hathaway, the company controlled by Warren Buffet, the world's most successful investor, you will see a lot of insurance (and finance) companies in the list.[3] One of the first companies Buffet purchased was the National Indemnity Company, an insurance company in Omaha which was purchased back in 1967 that specialised in more unusual types of insurance - for a price. By purchasing this company, and future ones, Buffet was able to invest their float, generating a good profit whilst doing so, which could then be used to purchase more companies.[4]This is because the cash that policyholders pay in for policies is there to be invested by the company, and earn interest or other profits, until it needs paying out on a claim.Insurance companies are not the only companies with float. For example, another early Buffet acquisition, Blue Chip Stamps, which was a trading stamp company where retailers gave out stamps to customers which could later be traded in, also had a float as the money paid for the stamps could be kept for a sizeable period of time until the stamps were redeemed. Using Blue Chip Stamp's float, Buffet was able to purchase See's Candies.[4]Investing the float properly allows more money making assets to be purchased; the acquisition funded by the people buying the policies (or the stamps, or whatever).

There are several areas of insurance which you should probably not mess with, as the risk is commensurately higher. Health (in the UK, healthcare is paid for through taxes, but additional insurance can be taken out), including life and possibly pet insurance, home, including building and contents, and motor, including all types of vehicle, insurances are the most important types and the ones where a claim could result in large amounts of money being paid out to the policyholder, sums in the thousands, tens of thousands, hundreds or even millions of pounds or dollars.

Credit: Freeimages.netIt's not worth risking it in these cases, even when you are able to. Mortgage companies, for one, don't like the property they have a mortgage on to be uninsured, and could well demand the mortgage be settled. In the UK, it isn't legal to drive an uninsured vehicle on public roads. Home and motor insurance also often include public liability insurance, which can cover you for literally millions of pounds of damage.Life (really death) insurance also tends to be required by mortgage companies (they want to make sure they get their money back, even if you die), and you may be looking to provide for your family for years with the proceeds from a life insurance policy, so this is one you may well want or need to keep, as again the claims can be significant sums of money.Public liability, whenever relevant and not included in another policy, is another important type to keep.

Appliance and Electronics Insurance and Cover

Having said that, there are other types of insurance where you are talking much lower sums of money, often in the hundreds of dollars or pounds rather than higher, when a claim is made.If you buy any appliance or electronic item today, even comparatively small ones costing less than £100, you will quite probably be offered some sort of extended cover or warranty, an insurance against the item breaking. This is an extended warranty, because items typically come with a one year manufacturer's warranty, or sometimes more.Other types are warranty are those that cover breakdowns in your central heating system, or the rest of your water system such as non-heating pipes. Remember, some problems are already covered by standard insurances; pipes bursting should be covered in your buildings and contents insurance.Here are some examples of what could be paid out for these types of insurance and warranty. All the amounts are in pound sterling; for an approximate US$ price, simply multiply them by 1.5.

Won't It Be Expensive Fixing Stuff When It Breaks?

It may be a good idea, rather than going "cold turkey" immediately and cancelling every insurance, especially with older appliances, to first build up your cash reserves by cancelling, or not getting, just one or two insurances.As to the expense, just from those monthly payments mentioned about, you would stop paying out and start investing £63/month or £756/year. When new item purchases and others are added on, this could easily increase to £1,000 or more a year.

Credit: Freeimages.netYes, things do break, but how many break to the tune of that much money every single year?If you have just one insurance, and that is cancelled, you are taking a risk, but by diversifying across many different insurances and warranties across many different items and services then you are reducing that risk, just like insurance companies themselves do.The companies collect premiums from many customers, knowing that most will not be making a claim, and the ones that do will be paid from the money raised by all the premiums combined, leaving them with a net profit after premiums and claims are taken into consideration, assuming they got their numbers right.If you just saved or invested the money from one of these, you would be increasing your risk, but doing it with many different decreases that risk, just as it does for the insurance companies.Most of the types of insurance and warranty you would stop paying will not put you a huge amount out of pocket if you actually have to pay for them, and after a couple of years you could quite easily have enough saved up that this isn't a problem anyway.

How to Do This

When buying a new appliance, or considering taking out a warranty, if offered insurance find out how much it is and what it covers. Take that money, whether a monthly payment or a lump sum, and invest it on your own behalf.T

Credit: Freeimages.nethe money needs to be liquid and easily convertible to cash (real estate and property certainly isn't suitable unless you have managed to build up a lot of money), with some in cash or near cash investments that can be redeemed at face value, such as Premium Bonds, and withdrawn when something goes wrong to either pay to fix the problem or, in the case of the occasional insurance that fully replaces items every so often, buy a new one.No matter what you decide to do with the money, you first need to build up a cushion of cash in a savings account, say up to a year's worth of assorted premiums. Then you can consider investing it elsewhere.Using a tax efficient investment such as an Individual Savings Account (ISA, or New ISA, NISA) in the UK as a means of saving increases the ability to maximise your potential return. Money can be both easily deposited and withdrawn from most ISAs.If you are worried about losing the money and not having it when it's needed to repair or replace something, you can simply deposit the money in a savings account, or cash ISA, as long as you realise that cash investments have a poor rate of interest which will actually decline in value (the money will buy less) when inflation and taxes are taken into consideration. On the plus side, if you paid this money out to the various insurance companies, you wouldn't have anything to show for it unless you actually make a claim, so something is better than nothing.To make the best use of this you really need to be capable of investing properly in properly chosen companies, just like Buffet does, which isn't as easy as it sounds. The majority of fund managers try to do this and fail miserably. If you decide to invest in the stock market, and don't want to take the time and effort needed to find suitable companies to invest in, then index tracker funds are a reasonable alternative. They aren't ideal, but they are better than most actively managed funds, or individual stocks, especially for the know-nothing investor.

The benefit of taking all this money that you are spending every year on various low priority insurances is that, after a few years, you could have built a sizeable "float" of your own, just like the insurance companies do, only this time your money is working for you, not for them. Even with withdrawals to pay to have things fixed, or serviced if such is included as standard in the policy, you can easily wind up ahead.

The first step is the hardest. At the beginning, when you don't have much saved, and things could potentially break, is the most worrying time, which is why it can be a good idea starting with a lump sum connected to the purchase of a brand new appliance which is still covered by the manufacturer's guaranty. 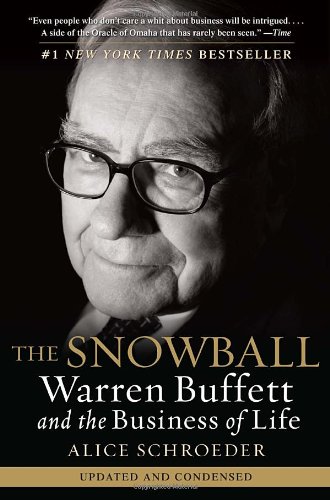 The Top Ten Crowdfunding Projects That Raised The Most Money