This is a little home made football game that has become extremely popular in several countries throughout the world. It is composed of a football pitch depicted on a large wooden board, a couple of goals, 11 button players, one button ball and “click” buttons to shoot button players. Each player positions all his player buttons on the pitch, and then the players take turns (a bit like in billiard) to click their players and direct the ball in this way towards the goal. All the techniques and strategies of football apply to the game, except at a slow-motion pace.

To play this game you will need: 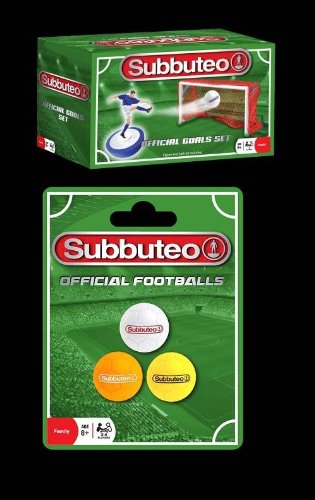 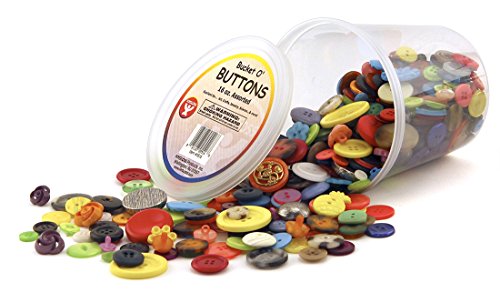 The rules vary in a thousand ways and everyone can create other rules. The ones I use are:

(sorry it's in Spanish)

The history of button football

Over the years, different modalities of table football/soccer have been appearing  as one of the most popular games for both children and adults. Through such games, in all forms (buttons, bottle tops, Subbuteo...), participants can be identified, not only with real football idols, but with the particularities of each of the figures that represent a player.

The most established commercially has been Subbuteo. The game features flawless player figures, goals and playing surface, and they all come mounted and crafted, which is great especially for the young, but their development, in practice, is very different from button football.

In button football, craftsmanship and creativity are always present, as each participant must manage his own team(s), being at the same time the president, coach, talent scout, etc… You can even buy other people’s buttons, and some people travel to France, Brazil, etc… to look for their stars, train their players, set up a game system, or to design the official football kit. Although button football is not known by many, it is undoubtedly much larger than it may seem. There are several countries where associations are known: Spain, Serbia, Hungary, Uruguay and Brazil mainly. In Brazil in particular, there is no other game that is as popular as button football. Across the country, in places as distant and different as the Amazon and Rio Grande do Sul, there is not a single boy (and increasingly more girls too) who hasn’t tried to live the thrill of leading his team.

The origin of the sport is quite controversial, even if some people or countries claim it as theirs, the real stem was lost in time. Games were played in the first decades of the last century, more or less simultaneously in different places, which leads to believe in spontaneous generation in parallel. It is also known that the first cities where the game was first practiced were coastal capitals, which means that, probably, in a world where there were still no cars or aircrafts, sailors must have been the ones to spread it. In 1930 Geraldo Celso Carioca Décourt published the first official rulebook. The fact is that, after the publication of the rules, button football itself began a revolution.