One of the main features of most fire alarms is an audible sound that goes off when smoke is detected. This is an excellent way to get the attention of anyone that might be occupying a building or home that is on fire. Another must have feature that you have no doubt seen in hotel, office building and factories is a flashing light that goes off at the same time as the alarm. This light may seem like a good added bonus to the alarm but for those that can not hear this is there only warning of fire. Now this is all fine and dandy for anyone that is staying in a hotel or working in an office building. But what about those people with impaired hearing when they are at home? If they don’t have a smoke alarm with a flashing light how are they going to be warned of a fire in their home? Below you will find information on two of the most popular models of smoke detectors for the hearing impaired.

Ok, so technically just so you know the follow units are not smoke detector themselves but accessory to smoke detectors that allow them to be used has visual alarms for the deaf. Skip to the last paragraph for information on a complete smoke detector unit made for the hearing impaired.

Smoke Detectors for the Hearing Impaired

First on the list is the First Alert SL177 Hearing Impaired Strobe Light. What it provides is a visual warning for smoke, heat and carbon monoxide (CO) using an extremely bright (177 candela) Xenon strobe light that is hard wired into an existing smoke detector. Instillation is quick and easy requiring only a few wires to be connected from it to a compatible detector which include most First Alert detectors. The unit complies with the Americans with Disabilities Act and is acceptable for use in residential and institutional applications including hotels, motels, hospitals, dormitories and all other dwellings defined in the NFPA (National Fire Protection Association)101 Life Safety Code standard. This unit is available from Amazon.com. 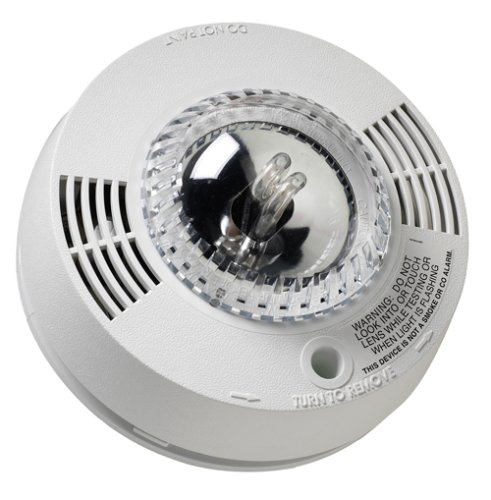 The next unit is the Kidde SL177i Hardwire Strobe Light for the Hearing impaired. It is basically the same thing as the First Alert unit only a little better quality. It provides the same visual warning for heat, smoke and carbon monoxide (CO) hazards. Other benefits included in this unit include a tamper resistant pin to deter theft and tampering and a quick connect power harness that makes installation as easy as possible. The power harness can be connected with most Kidde smoke, heat and CO alarms and detectors. This unit is also available from Amazon. 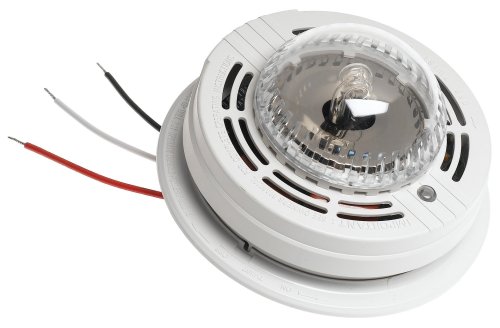 Drawbacks to the two units mentioned above are that both need to be connected to an AC power source and do not work with batteries. So if for some reason the unit lost AC power it would no longer work. 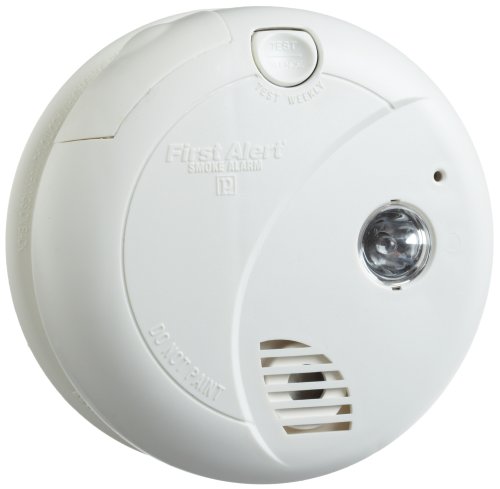 In my search for smoke detectors with a visual alarm the only self contained unit I could find was the First Alert SA720CN Smoke Alarm but this feature packed unit should be all you ever need. It is designed with a photoelectric sensor which detects larger smoke particles normally produced by smoldering and slow burning fires. This type of sensor has also been shown to reduce common false alarms caused by cooking. Other features include remote controlled alarm mute/testing, an 85 decibel alarm, an escape light, a strobe light for the hearing impaired and is even available with a talking alarm which tells the location and type of danger you are faced with. And since smoke alarms are only as good as the battery inside they come with a 9 volt lithium battery installed. Plus unlike most detectors you do not need to remove the alarm from the wall or ceiling to change the battery because the battery door is on the side. If the battery does need changing the detector will give off a chirp every minute until the battery is changed.