No Thor in Your Life? I Say Thee NAY!

With Thor smashing up the box office with his mighty hammer, there are tons of people looking to break their way into the source material of their favorite Norse God. It can be difficult to break into comics as knowing where to start is a task. There are a lot of great stories out there, however let's be honest, starting at the beginning of Thor's world which would be Journey into Mystery #83, the first appearance of Thor is awesome if you can find the issue. However, in comics starting at the beginning is difficult because the issues can be hard to find. That doesn't mean you cannot enjoy the story without reading all those stories from the 60's, 70's and 80's. Some of Thor's side stories are some of the most amazing and engaging comics out there.

I have a personal love affair with the Ultimates. The story is a perfect mix of beautiful art with a badass story. For those that are familiar with Thor proper, they will notice quite a few differences when it comes to Ultimate Thor. Though he still is the God of Thunder, the Ultimate universe sees to it that Thor has some severely limited powers. In fact, for the majority of the story he relies on technology to augment his powers on Earth. This leads to some of the other heroes to question his divinity. There are quite a few Thor fans that have a bone to pick about Ultimate Thor, as he is not the proud and strong Norse Warrior-God he once was and is more so placed into a reluctant hero role.

Thor is introduced in The Ultimates in such an awesome way that it left readers thirsting for more, which they delivered in The Ultimates 2. Ultimates 2 gives a deeper look into his character and the history behind it, though with alternate lore. There are a few sinister plots around Thor in The Ultimates 2, which is part of why a lot of readers love this series. It mixes political intrigue with superheroics in the best way since Civil War. 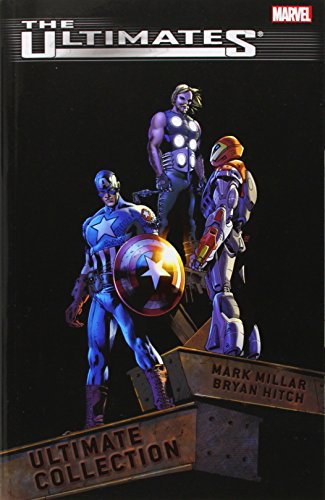 An Origin Story to Fill in The Gaps

Thor: Ages of Thunder is somewhat of an origin story as it focuses on the earlier days of Asgard. As one would expect, the Thor in Ages of Thunder is proud and arrogant much like one would expect of a Thor that would later get removed from Asgard by Odin to teach him humility. What is interesting about Ages of Thunder is it focuses on characters other than Thor such as Loki and the Enchantress. Loki, or course, schemes his usual schemes. The Enchantress, however, is refreshing to see with other thoughts than jumping Thor's bones. So there is that. What is unique about this comic is that author Matt Fraction weaves in the early Thor timeline with some traditional Norse legends. For newer readers to the universe, it can be difficult to distinguish what is Norse lore and what Marvel made up.

Thor: Ages of Thunder is a unique look at a place in the Thor timeline that is not often explored. Instead of merely referencing it, Matt Fraction dives in head first and shows it off to help fill in some of the holes in Thor's long and storied divine life.

If there is one central event that is constantly mentioned in Thor comic books but really never explored, it is Ragnarok. What with Thor and all his Asgardian brethren being Norse God, of course they are waiting around for Ragnarok, it's their purpose in their immortal lives. In Norse mythology, are Vikings died they could go to Odin and fight in his field to keep their skills sharp for Ragnarok. Avengers Disassembled: Thor finally goes there and at the worst possible time. As the title suggests, there is a rift between the superhero team that splits them up. Regardless, Thor must figure out whether he is supposed to save the world or usher in its destruction.

As Asgard falls, author Michael Oeming takes a might task upon himself in this story to go through Thor's past and try to clean up a lot of the loose ends within it. Since Thor is an immortal God, there are quite a few holes to fill and Oeming does an admirable job. 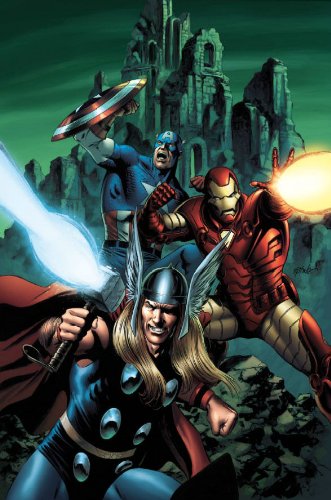 Back from the Dead and Back to Basics

Though the end seemed nigh in Avenger's Disassembled: Thor, a few years later the famed J. Michael Straczynski brought about Thor's return. In light of the events of Ragnarok, Straczynski brought Thor back to his roots. He was once again bonded with the mortal Blake, is tasked with rebuilding Asgard above nowheresville Oklahoma and re-establish his people. Thor is not cocky and crass anymore, but rather unsure of his role with mortals or within his own people after Ragnarok and the Civil War.

In this unique creation, Straczynski focuses not just on Thor but some of the other Asgardian residents such as Odin, Balder and Sif to further explore their personal stories. This comic really runs the gamut on emotions, from hilarious to heart breaking.