Buy Cacti and Succulents: An Illustrated Guide to the Plants and their Cultivation or the cacti themselves cheaply from Amazon. You too can earn money from writing articles by signing up for InfoBarrel.
InfoBarrel is a writing platform for non-fiction, reference-based, informative content. Opinions expressed by InfoBarrel writers are their own.
InfoBarrel > Home & Garden > Gardening & Yard Care 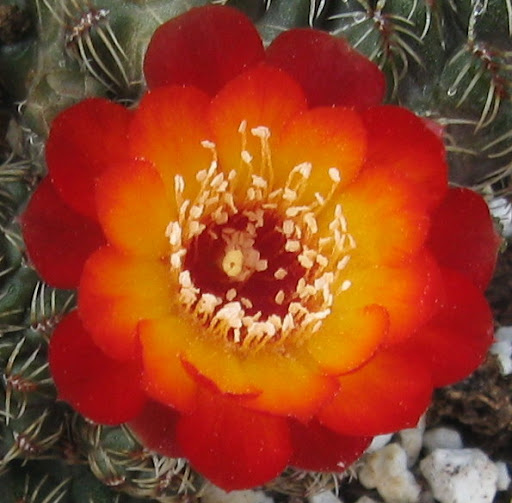 Cactus, what a funny word. Not so funny if you sit on one, and believe me, I have. Some of these plants can stick you like an angry porcupine.

On a brighter note, these plants are known for producing some of the most beautiful flowers known to mankind. I've also been privileged to see this flowering process occur on over six hundred different varieties of cacti from around the world. 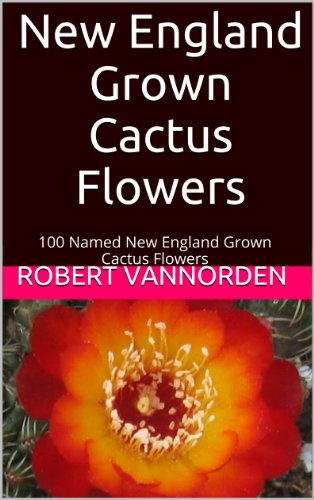 Somehow my green fisted girlfriend makes these plants flourish against all odds and we have her illustrious photo album, as well as over six hundred plants to show for it.

This article is the first in a series I intend to produce highlighting her accomplishments to the world. We are going to share the information she has compiled, as well as her extensive photography efforts. Hopefully offering a nice reading base for anyone who is interested in this type of plant.

When starting out collecting this type of plant, most will pick up one or two here or there and then become fond of them for a lot of reasons. One of the best reasons for collecting cactus is that when you feel like taking care of them, you can. When you're off on vacation, or you just don't have time and they are neglected, they're absolutely fine when you come back to them. Other house plants require constant care and neglect will usually kill them faster then a car running them over. 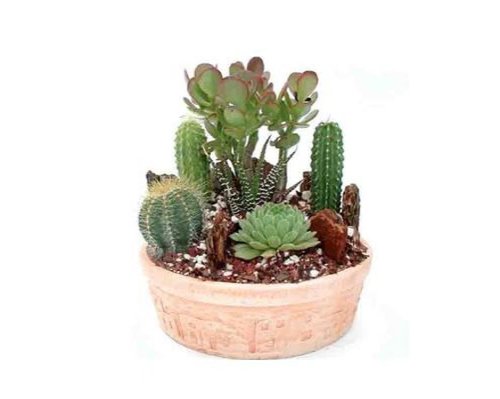 Cactus Garden Small | Green Gift that Ships Via 2-Day Air! Amazon Price: $29.95 Buy Now(price as of Apr 4, 2016)
These prickly little buggers are found on almost every continent and in every country around the world. There are so many varieties, that they are still being discovered.

Savvy cacti entrepreneurs are creating hybrid plants that are selling on eBay for huge amounts of money.

Cactus flowers can be coaxed out of some plants. Lighting changes and simulating seasonal differences can fool the plant. Christmas cactus that are known to flower only in December around the holidays, will flower in mid summer if you create the right conditions. Propagating this type of plant can be done rather easily. This makes it a great candidate for greenhouses designed to produce plants for resale.

Locating Your Cacti For Proper Lighting

Deciding just where to put that favorite cactus will always depend on the time of year and the available natural light that comes into your home. Some will have a green house but most keeping these plants within their homes will need to place them where the lighting best simulates the climate they originate from.

There are times when this will not be possible. Because of limitations with the amount of existing windows in a home, sometimes there just isn't enough natural light. Is this case there will be a necessity for simulated sunlight.

This is accomplished with certain types of lighting that can be purchased at any green house or home improvement store and also online at Amazon.

Keeping the lighting intensity correct and understanding the proper amount of time or how many hours of the day that light should be given, will mean researching the climate where your particular cacti came from.

Soil being used when growing cactus should be mixed with Perlite. There are many other ingredients that people will use. Perlite, being tried and true, is the least expensive and easiest to get. It's available at most garden supply centers and also on line from Amazon and other retailers.

Mixture is best around 50/50. Use a plastic tote, or 5 gallon bucket and mix the perlite into the dirt well. We're trying to create a nice fast draining soil mixture. Cactus need breathing room around the roots and also have varied root systems, so a deep pot is not always necessary. Make sure you match the pot to the plant.

When To Water Cactus And How Much

Watering cactus is one of the fastest ways to kill them. They should always be completely dried out between waterings and if you have a question whether or not they need watering, don't.

I have heard so many people come back and say they can't grow cactus, they kill them, maybe I over watered it. Well usually they are spot on and have killed their cactus by drowning the poor thing. Why people continue to kill their plants even after they know what did it, is beyond me, but they do. Just as a general rule, cacti should never be watered during the winter months.

Fake Flowers On Cacti In Stores

All of the Flowers in the above Picture are Fakes

Recent times have seen a very interesting marketing ploy being used by stores like Home Depot and other big retailers that sell these types of plants. They have attached silk and other synthetic man made flowers to the top of the plant with glue. If you have been to any of these retail establishments and ventured into their garden section, you may have seen this assault on the natural beauty these plants offer, flowering or not.

Make sure if you come across this type of thing you know what your getting. Take a feel of the flower because 99 out of 100 cacti you see in your life, will have no flowers at the time you find them. Most cacti are very shy and only flower in perfect conditions. 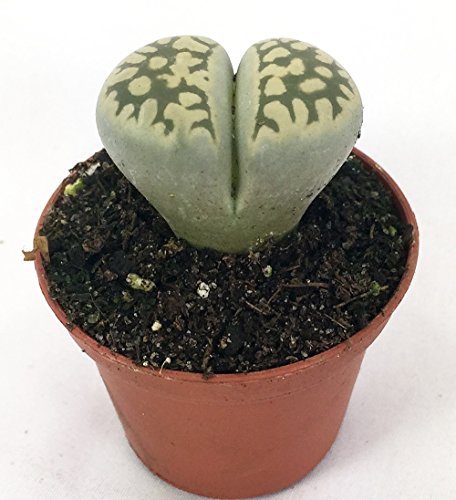 Living Stone Plant - Lithops - 2" POT - Strange Plant Amazon Price: $4.99 Buy Now(price as of Apr 4, 2016)
It's almost as though they make sure no one is looking. Some flower in the middle of the night and some are so quick to flower and then drop it, that most of us will never see one in a retail setting flowering. Touch the flower and if it feels like straw it's a fake.

There are folks out there with small children that will be worried about having a plant around armed with weapons that can harm the little ones. Cacti offers a child safe version of itself for just this type of family. Spineless! Yes, no pickers. These are one of my favorite type of cactus; actually there are several varieties without spines. Cactus make the perfect plant for that child friendly environment these folks are looking for.

There are Cacti that present with a soft white fuzz, they're actually pleasant to touch. Some of these plants have spines that are soft, such as certain Mammillarias. 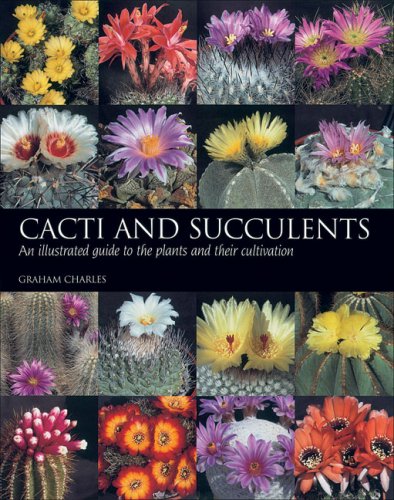 Cacti and Succulents: An Illustrated Guide to the Plants and their Cultivation Amazon Price: $35.00 $16.65 Buy Now(price as of Apr 4, 2016)
Next >> How to Keep Raccoons Out of the Garden - Don't Let Your Yard be Their Midnight Buffet