Can I Use Ginkgo Biloba to Cure My Tinnitus?

A Possible Cure for Tinnitus?

If you ask your doctor to treat tinnitus (which is another name for chronic ringing in the ears) you’re likely to hear the following: There is no cure.  There are no treatments for tinnitus except that sufferers learn to cope with it and manage it by tuning it out.  So then why are herbal remedies marketed as tinnitus cures?  Can taking ginkgo biloba alleviate tinnitus symptoms or even cure it?

What is Ginkgo Biloba?

Herbal remedies containing ginkgo biloba come from the tree with the same name.  This particular extract has been used for hundreds of years in China and is commonly used to enhance blood flow in Western medicine.

Because it aids blood flow, it can treat or prevent a number of brain problems like memory loss, Alzheimer’s and dementia.  It can also assist those suffering from tinnitus.

What is the Link Between Ginkgo Biloba and Tinnitus?

Like with many herbal medicines, more studies are necessary to verify that tinnitus sufferers can benefit from taking ginkgo biloba.  Some studies have suggested that it has the same effect as a placebo.  For example, the British Tinnitus Association (BTA) recently ran a study with 2000 tinnitus sufferers and concluded that ginkgo biloba had no noticeable effect on their symptoms.

Should I Take Ginkgo Biloba?

Even those studies like the BTA one cite ginkgo as being an ineffective treatment for tinnitus, we just

can’t dismiss ginkgo biloba that easily.  For one thing, many people say that they use ginkgo  biloba and that it improves their tinnitus symptoms.  Keep in mind that even though the BTA study found that placebos work as well as ginkgo, the BTA also claims that many patients’ overall wellbeing has improved with taking the supplement so that they are stronger psychologically and in a better position to deal with their tinnitus symptoms.

In order to deal with tinnitus symptoms day in and day out, it is necessary to for a sufferer to keep her mind and body strong.  When one or the other is run down, then the ringing and other detrimental effects of tinnitus can do a number on a person.  Ginkgo biloba is a safe, natural supplement that can keep a tinnitus sufferer healthy and, according to many with the condition, keep tinnitus itself under control.

As with any kind of herbal supplement you’re considering, check with your physician before taking it since even natural supplements can interfere with other medicines and/or cause some side effects.  Many have said that the main drawback to taking ginkgo biloba is the cost.  If you can afford it, most tinnitus organizations recommend trying it and then continuing to take it for management of tinnitus symptoms. 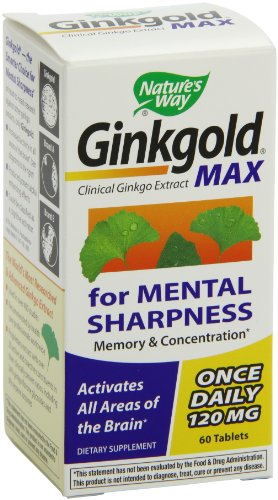