Visitors will also notice native art throughout the airport. YVR has a significant collection of about 200 pieces which includes many stunning First Nations works. These include Bill Reid's iconic Jade Canoe (Spirit of Haida Gwaii), which is considered one of the most significant sculptures of the 20th century2.

As they take their vacation pictures, many people assume that they are photographing idols which were worshipped as spirits or gods. But they would be wrong because totem poles have more in common with European coats of arms than with graven images.  Like heraldic crests, the poles tell mythological or historical stories of family lineage and history or celebrate an important person or event. The figures carved on the poles include both mythical beings and creatures from the natural world such as eagles, killer whales and salmon.

People also assume that totem poles are an ancient art form. However, totem pole carving only began about 250 years ago after European contact when the coastal peoples gained access to metal tools.

Carving a totem pole begins with a search for a suitable cedar tree.  When the right tree is found, a gratitude ceremony may take place before it is cut down. The tree is laid horizontally for carving. When it is finished, a pole raising ceremony takes place, often in conjunction with a feast at which stories are told about the significance of the crests used on the pole3. 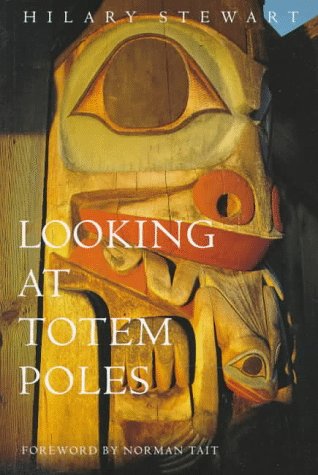 The creation of a totem pole is a complex process made possible not only by the availability of metal tools but also by a generous environment which provided abundant leisure for artistic pursuits such as dance, storytelling and carving. The north Pacific coast is blessed with a temperate climate, mild winters and an abundant year round food supply from the ocean and the coastal rain forest. Consequently, although the people were fisher-hunter-gatherers, they were able to live in semi-permanent communities. Extended families lived in great cedar longhouses and belonged to stratified societies with wealthy nobles, commoners, and slaves.

Many groups accumulated considerable wealth, which they displayed in conspicuous consumption during the traditional potlatch ceremony. A potlatch sponsor  entertained rival groups with dancing, storytelling and lavish gift-giving. Potlatches were organized to celebrate significant events or to create mutual obligations. They enabled sponsors to acquire or demonstrate social prestige: the more wealth they gave away, the more prestige they acquired.

The mainstay of the Pacific peoples' diet was (and still is) salmon, caught during the spring and summer spawning runs at the mouths of freshwater streams and rivers. These salmon runs provided abundant food which sustained the people year round.  In addition, women or slaves gathered seaweed and shellfish such as oysters, clams, and mussels from the shore. Men caught fish, crabs and marine mammals such as otters and seals from the ocean.4  Women also gathered a wide variety of berries, greens and roots from the fast growing Pacific rainforest.

One particularly important ocean fish was the eulachon or oolichan. This is a smelt which is also known as candlefish because it contains so much oil that a dried fish strung on a wick burns like a candle. Eulachon grease was a major source of calories in the northwest diet. Food may have been dipped in grease before it was eaten. It was mixed with fruit or vegetables, and used for preserving summer  berries5.

A few years ago we decided to take some U.K. visitors on a "grand tour" to explore our province's geography and cultural heritage. As our visitors were to discover, the size of British Columbia is mind boggling. Measuring 944,735 square kilometers (364,764 sq mi) in area, it is larger than many nation states, and bigger than California, Florida7 and Texas8.   Consequently, our planned journey, a circular route known as the BC Native Heritage Circle, was a ten-day, 2000 km (1242 mile) road trip which followed in part the old grease trails into the heart of this vast province.

After taking the ferry from Vancouver to the provincial capital of Victoria at the south end of Vancouver Island, we drove northward via Duncan, the "City of Totems"9, Campbell River and Port McNeill to the small town of Port Hardy at the northern end of the island.

We took the ferry from Port McNeill to the U'mista Cultural Centre on Cormorant Island. The heart of U'mista is the Potlatch Collection of ceremonial objects confiscated from the Kwakwaka'wakw people when the potlatch ceremony, which the government of the time considered a "wasteful, immoral and heathen practice"10, was outlawed in 1922.

Efforts to repatriate potlatch objects from private collections, Canadian museums, the British Museum and the Smithsonian began in the late 1950s.  The Royal Ontario Museum returned some items in 1988, and the Smithsonian followed suit in 2002. A mask taken to England in 1936 is also back from the British Museum on long-term loan9.  The young Kwakwaka'wakw woman leading our museum tour told us that this achievement had led to ongoing consultations between the Kwakwaka'wakw, the Greek government and the British Museum concerning repatriation of the Elgin Marbles, which were removed from the Parthenon in Athens in the early 19th century11.

Wandering around Cormorant Island after visiting the Cultural Centre, we stumbled across an old red brick building, formerly a residential school intended to "civilize" native children and now an abandoned shell with gaping, broken windows.  We also found a 173 foot totem pole, claiming to be the world's tallest, which stood next to ceremonial "Big House"  (pictured below) embellished with stunning native designs.

We spent the night in a motel in Port Hardy, then rose before dawn to catch the ferry back to the mainland. This 15 hour BC Ferries  cruise heads north to the coastal town of Prince Rupert through the sheltered waters of the Inside Passage, the spectacular route taken by cruise ships on their way to Alaska.

From Prince Rupert we could have taken a seven hour BC Ferry trip from Prince Rupert to Skidegate in Haida Gwaii (Queen Charlotte Islands), the traditional home of the warlike, seagoing Haida people12.  The UNESCO World Heritage Gwaii Haanas National Park, which is both a marine conservation area and a cultural heritage site, is located here as are several ancient villages and totem poles.9

However, being on a tight tour schedule, we headed directly inland, following the Skeena River valley along Highway 16 and then drove north to the fascinating Nisga'a Memorial Lava Bed Provincial Park, managed jointly by the province of British Columbia and the Nisga'a people, which showcases local culture and natural history.

After driving around the park looking at lava flows we went to the visitor centre to learn about the devastating volcanic eruption which took place there 200 years ago. According to legend, two boys caught some salmon and stuck burning sticks into their backs. By torturing the salmon, the boys brought punishment not only on themselves but on their entire people. The nearbyl volcano erupted in anger, destroying two villages and killing many of their inhabitants.

After leaving the visitor centre we drove down to the Nass, the river on which the park is located, where we were fascinated  to find a fish wheel. This is an ingenious traditional device which catches fish as it turns in the river current and then dumps them into a holding tank.  You can see a fish wheel in action in the video below.

Continuing along Highway 16, a 15 km detour north along Highway 37 takes you to Kitwanga (Gitwangak) where you can view the oldest in situ totem poles in British Columbia, some of which date back to 1760 and 1880. We continued east along Highway 16 to Hazelton and the open air museum of 'Ksan. This is a recreation of a traditional Gitksan village featuring totem poles and seven long houses. North of Hazelton is the village of Kispiox which boasts a virtual forest of 24 house totem poles erected between 1880 and 197513.

We then headed south on Highway 97 via Prince George and Williams Lake and then joined  Highway No. 1 (the Trans Canada Highway) through the spectacular Fraser Canyon to Hope and then drove west back to Vancouver.

A great way to round off the Heritage Circle tour is to visit the Vancouver Art Gallery where you can see the work of B.C. artist Emily Carr.  In the early 20th century Carr travelled to Kitwancool and Kispiox to paint totem poles to document what she believed was a dying culture. If she could visit B.C today, Carr might be pleasantly pleased to discover that the culture of the Northwest peoples has survived and is alive and well. 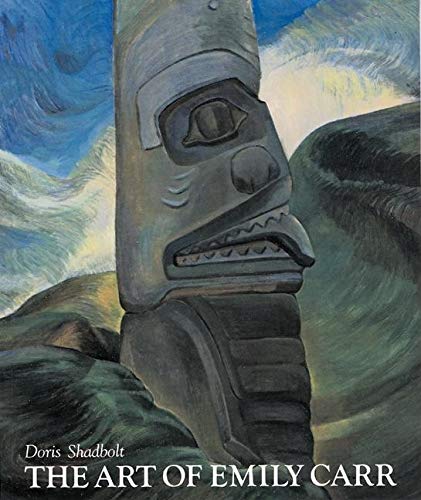