If you live in the United Kingdom the amount you pay for car insurance is greatly affected by your insurance group. Quite a few factors go into what group your car falls into, with the lowest-numbered costing less to insure than cars from the higher-number groups. What group a particular model falls into is determined by the Insurance Group Rating Panel. Members of Lloyds Market Association and Association of British Insurers sit on the panel, helping weigh the various factors that go into determining the group for each car.

Understanding what goes into the insurance group ratings can help a person choose the right car for his money situation. The age also comes into play, since newer cars can cost more to fix or replace if they are damaged. The performance figures also help determine placement since higher performance cars are often pushed beyond their limits by drivers and so present a greater insurance risk. The cost of parts and labour after either a low-speed or high-speed crash is also factored in. Some cars are difficult to repair and so inflate the repair costs. Interestingly enough the cost of fixing or replacing a car’s shell in particular is analysed, since oftentimes the shell is the only part that is damaged in an accident.

Some owners do not understand that one factor that is now taken into account for insurance groups ratings is the security features found in a car. If you look closely at the group rating for a particular model you will notice that a letter comes after the numerical value or the insurance group it has been assigned to. The different letters mean different security feature ratings.

The letter E after a group number means that the car has exceeded the security requirements for the vehicle class. If a vehicle receives an E rating it normally would be rated at a lower group, dropping its insurance rates in the process. For example, one that normally is included in Group 7 receives an E security features rating, it would be moved to Group 6.

Cars that come with a security rating of A come with security features that are acceptable for the type of car, meaning the car’s group rating would not be affected by the rating. A P rating stands for “provisional” and means the Panel was not able to gather enough data to make a decision on the car’s security rating. As the security data becomes available the P rating will be changed.

Receiving a D rating means that it does not meet the security standards for its vehicle type. The D rating will increase a car’s group rating, for example moving a Group 15 car up to Group 16. Even worse is a U rating that indicates a car’s security features are unacceptable, meaning it is uninsurable until it receives a security upgrade.  A car receiving a security rating of G means it is an import, kit car or otherwise cannot be rated by the Insurance Group Ratings system.

What security features have an effect on insurance groups security ratings? Cars are complex machines with many systems and devices relating to security. Features like anti-lock brakes, airbags, crumple zones and safety cages help protect people inside during a crash and so keep insurance costs down. Of course insurance companies are concerned with theft every bit as much as injury, so systems that deter theft help to score higher on the security rating. These theft-oriented features include visible VIN numbers on the car, engine immobilizers that make it difficult if not impossible to move, an alarm system that attracts attention if anyone breaks into the car, trackers that tell the owner the location of the vehicle after it has been stolen and glass etchings in the windscreen or elsewhere on the car that carry the car’s VIN or other identification information, allowing the police to recover a vehicle even if the VIN tags have been removed.

Here we have seen how different factors can affect the car insurance groups that they are placed in. The way this affects the cost of insurance premiums can amount to hundreds of pounds in difference, so people with a lower budget need to choose their vehicle wisely and with these issues in mind

Carry a Tool Kit in Your Car 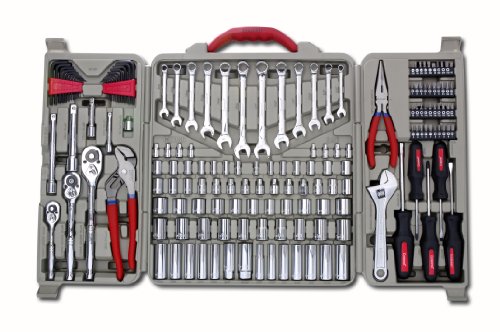