Cat Litter Trays: Selecting The Right Type For Your Cat

You'd think that something as basic as a litter tray would be easy to pick up. And the picking up itself is easy enough in most cases - it's just the deciding on which model to get that can be a bit of a head-scratcher.  There's basic, cheap models that do the job just fine. Then there are covered models, of course. And all of those come in different sizes and with different features.

However, following a few basic guidelines, you'll soon find out which one caters best to your kitty's needs. That way, you can find a happy medium between your preferences and your kitty's. After all, your cat is the one who needs to use the thing, while you have to look at it - and clean it, unfortunately.

So let's have a look at some of the different types out there and which issues they address. Once you've figured out what to look for in a tray in order to accommodate your cat, you can apply those principles to figure out which litter box would be a win-win for both of you.

Cheap, easy to find, sturdy and easy to clean, it gets the job done just fine.

Most cats will take to it readily as it is easy to get in and out. It won't contain the smells, making it intolerable to be inside or obscure their vision, allowing them to see who is sneaking up on them.

However, if kitty is a ferocious scratcher, you'll find litter scattered all over the place, and worse - some cats don't really crouch down to pee so they might hit the floor instead of the actual litter tray itself when they pick a spot near the edge, resulting in splash damage. Therefore, it is important to know what kind of litterbox user your kitty is.That said, this is perfect for your starter kit when you're getting a kitten or a new cat due to the fact that every pet store and even supermarket sells them for just a couple of bucks. It buys you extra time to do decide on bigger ticket items and gives you the time to learn which needs a litter tray in your house should fulfil.

It is also a really handy stand-by to have for if you ever need to quarantine your kitty in their safe room when they're sick, or if you find that you suddenly need to put in an extra litter tray in a room or on the upstairs floor. 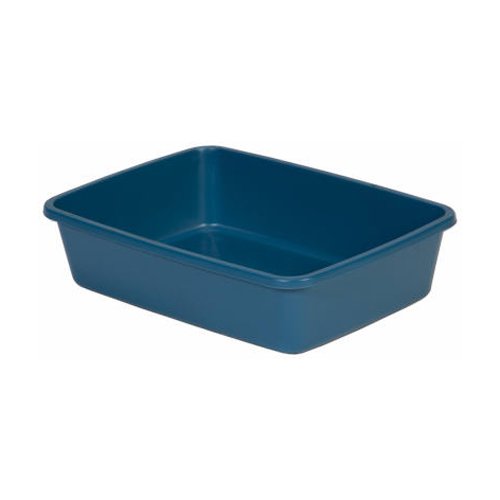 This is your basic model with a lid. The handy part of this is that it will keep the smell contained and keep anything unsightly well hidden, while any splatter damage is contained inside the box.

However, cleaning it can be a bit of an ordeal when you have to remove the lid every day. And not cleaning the box will make the smell inside intolerable which might lead to your cat choosing another spot altogether.

Also, in multiple-cat households it is recommended to use trays without a lid so that your cat can see who is approaching while they're at their most vulnerable and using the tray. Unfortunately, cats occasionally have their hunting instinct triggered by the digging sounds of another cat in the litter box, causing them to attack the other cat while in there or jump on top of them as the other cat is leaving the box. And that might prompt that cat to seek out other elimination spots where they can feel safe. This litter box however might work just fine, as it is semitransparent and would allow them to see their assailant coming - though not necessarily escape them.

All in all, this is the standard for any household out there with one cat. Since they are cheap, easy to find and usually keep the litter and urine in the box, most people tend to prefer this type of model. 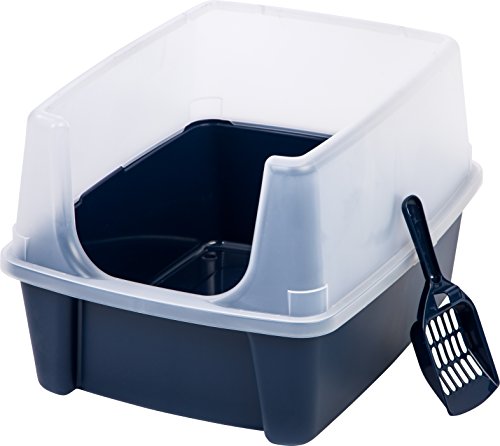 Do you have a larger animal? Most tom out there tend to be a serious size and there are certain breeds that are larger than average.

If you're the lucky owner of one, you may want to super size your litter tray to make it easier for them to aim properly. Let's face it, those large tom cats aren't exactly known for their cleanliness as it is, so let's not give them an extra reason to miss as you'll be the one cleaning it up.

While this is the basic model, super sizing is done in most models out there, so it is perfectly combinable with any other needs you may have. 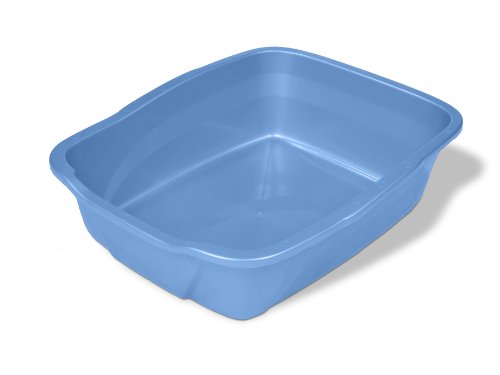 And then you have the occasional animal that just prefers to pee standing up. Or, throw litter up really high in their zeal to cover things up. For those critters, you might want to check out litter trays that have high-sides.

This way, they can still see other cats coming, but your walls and floor won't have to suffer in the process. This particular model is already super sized as well which can definitely be a perk as most cats who need a larger tray also benefit from high sided one and vice versa. 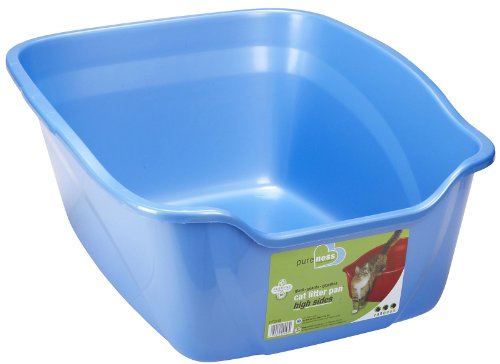 Low entry litter trays seem counter-intuitive for those who want to keep the litter inside. However, for those senior cats that are getting a little stiff in their old age, or those who've suffer from lessened mobility for whatever reason, this can be a godsend.

It makes getting in and out of the litter tray a breeze instead of a painful affair - potentially causing litter box avoidance.

This model has very high sides on all other sides to allow for minimal splash and litter scattering damage while still facilitating easy access. 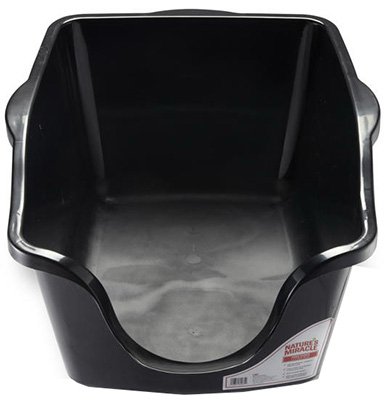 As you can tell, there is no shortage of options or combinations with regards to finding the perfect type of litter box. And this is just to cater to the cat's specific needs, so he'll actually want to use the darn thing. There is an entire world of litter trays and boxes out there beyond these basic types. And they make use of these same principles while dealing with this necessary evil in the most convenient way for humans.

So take the time to do shop around and find the perfect solution for your cat and yourself, now that you know what to look for.