Cattle Breeds Endemic to the United Kingdom - The Gloucester

Gloucester cattle are one of Great Britain's indigenous breeds. They have been common throughout Gloucestershire [where else?] and the rest of the West Country of England from as early as the 13th century. These cattle were prized as draught workers. They were strong, hardy and docile. They were true utility cattle, valued for their meat and milk as well as for their draught qualities.

By 1750, the Gloucester could be found throughout the Severn Vale. From Devon to Essex and across to the Welsh coast, the Gloucester had slowly extended its range. The Gloucester, specifically Blossom, provided the first anti-smallpox serum. Sir Edward Jenner was studying the disease and observed that milkmaids did not contract smallpox. He tested his hypothesis by inoculating an eight-year-old boy with material from the cowpox blisters of a milkmaid. The milkmaid, Sarah Nelmes, had caught the disease from Blossom. This was a major breakthrough in the treatment of the disease.

Through his efforts, it was found that persons could be inoculated against smallpox (by infecting with cowpox) and then be immune to the disease (smallpox).  Not only that, he proved that cowpox could be transferred from person to person, not just from cattle to human. Jenner tested his theory on 23 people at the time, increasing the validity of his beliefs.

For her part in such an important discovery, Blossom’s hide was tanned and hangs on the library wall at St George’s medical school in Tooting.

As other breeds gained in popularity and grazing land was increasingly taken over for arable farming, Gloucester numbers dropped. By 1972 there was only one herd remaining that was of a decent size. When this herd was put up for sale, a few dedicated breeders decided to save the breed from extinction. The Gloucester Cattle Society, originally established in 1919, was revived. Numbers now show some 700 registered cows. The breed standard has not changed since the original charter of 1919. The Rare Breeds Survival Trust lists the Gloucester as 'watch'.

Gloucester cows are docile and respond to kindness, quickly becoming friendly and making ideal house-cows. Both sexes are amenable and easily handled. The bulls are active breeders. Calves grow fast on such nutritious milk and unwanted bull calves produce a lean, well-marbled carcass as steers. The meat has an excellent flavour. Under intensive husbandry, they will produce a killing-out ratio of around 52 to 54% at two years old. Steers on grass are normally sold as three year olds. By today's standards, this is slow-maturing but the resulting meat is well marbled and fine in grain.

The Gloucester is ideal for conservation and parkland management. The winter coat is thick and dense and, with shelter and a dry bed, they can spend the winter outdoors quite happily. The Gloucester is a remarkably attractive beast, of medium size and black/brown in colour. The cows are generally a rich dark brown and the bulls are often black. The head, muzzle and legs are black. The skin around the eyes and nose is dark. Although this sounds fairly ordinary, the white streak down the back, the white belly and tail make the Gloucester something out of the ordinary. A breed with similar colouring is the rare Glamorgan cattle which is native to nearby Wales. 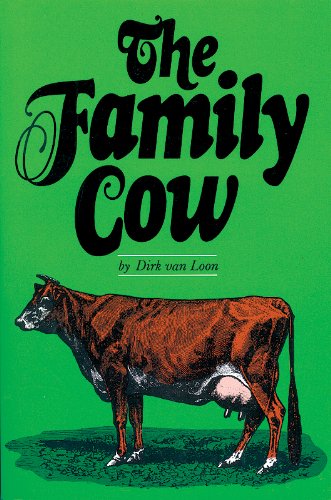 The Family Cow (Garden Way Publishing Book) Amazon Price: $16.95 $6.00 Buy Now(price as of Aug 29, 2015)
An ideal, fully illustrated guide for those who are looking for comprehensive information on all aspects of managing a family milking cow.

For exhibition purposes and for registration, correct markings are all important. Hooves and heels must have not white markings nor should there be any white running up from the hooves. There should be no spots or colour on the white tail. Pink skin is also frowned upon.

The head is broad and the nose convex. The tail has a bushy switch. The horns are fine and wide with black tips and generally turn upwards. Bulls weigh around 750kg and cows 500kg. 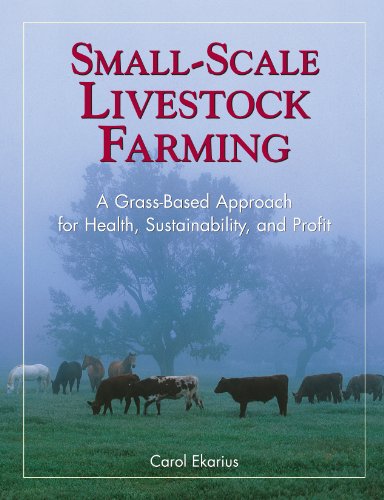 The Gloucester is a dual purpose breed. Cows produce consistently for around 300 days. The milk has a consistently lower bacteria count than that of other breeds. The level lactation rate puts little stress on the cows which continue producing from some 12 to 15 years. Dairy strains average 8850 gallons per cow. The average butterfat is 3.9% and the protein 3.3%. The butterfat consists of particularly small globules which makes the milk ideal for cheese-making. The Kerry cow is another that has small globules of fat.