Cattle Breeds Endemic to the United Kingdom - The Lincoln Red

The early Lincoln Red was a dual purpose cow but is now viewed as a beef breed. It is one of the oldest of Britain's native breeds, and the largest. It is endemic to Lincolnshire, a county on the north-east coast of England. Its deep red colour accounts for the latter part of the name.

As early as 1695, Gervaise Markham commented on the quality of Lincolnshire cattle in his book A Way to Get Wealth.

The general consensus is that the ancestors of this breed came into England with the Viking invaders. During the late 18th/early 19th centuries, local draft animals (themselves ancestors of the Sussex breed) were crossed with Durham and York shorthorns from the farms of Robert Bakewell and the Collings brothers. There became known as the Lincolnshire Red Shorthorn.

Beef and dairy types were given separate sections in the first volume of Coates Herd Book. This was in 1822. In 1893, the Argentine Red Lincolnshire Shorthorn Herd Book is mentioned in export records. Two years later saw the founding of the Lincoln Red Shorthorn Association with the Herd Book printed the following year.

During the decade from 1904 to 1914, 774 Red Lincolns were exported to twenty different countries.

By 1926, the Lincoln Red was the second most numerous breed. Shorthorns led the field followed by British Friesians and Herefords. In 1939, red and black Aberdeen Angus bulls were used in an attempt to breed a polled Lincoln Red. By 1946, the dairy strain was beginning to die out. The name 'Shorthorn' was dropped from the Society's name in 1960 and since the late 1970s only polled Lincoln Reds were been registered. The last dairy type Red Lincoln was registered in 1965.

Various continental breeds began to catch the eye of Britain's farmers and many of the traditional breeds lost popularity. The Lincoln Red was one to suffer from this and its number dropped dramatically. There was selective crossing during the 1980s to try to improve conformation and lean meat content.

Australia established its own Society in 1971. Lincoln Reds had been imported into Australia since the early 1900s. Numbers have been boosted by the use of artificial insemination and the introduction of a grading up program. 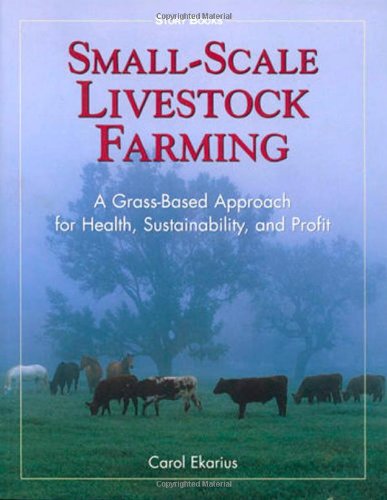 The breed is early maturing and large framed. They have a rapid growth rate and good milking ability. They are easy to manage and docile. Their deep cherry red colour helps avoid sunburn and eye cancer issues. They normally have no trouble calving and have good longevity.

The head is short. The forehead and muzzle are broad. They have an alert, intelligent expression with no hint of flightiness. The shoulders are wide and flat without excessive fat on the brisket. The body is wide with well sprung ribs. The top and underline should be almost parallel. The breed has a deep girth with well rounded back and loin. As befits a beef breed, the hindquarters are well filled and thick. 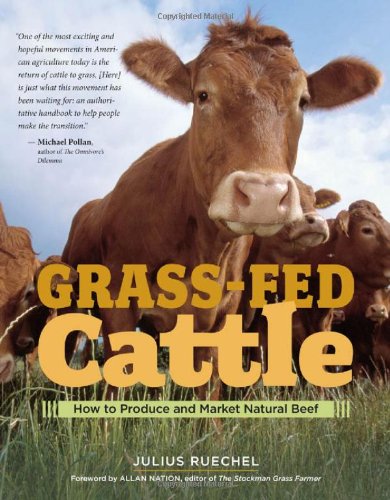 Grass-Fed Cattle: How to Produce and Market Natural BeefAmazon Price: $24.95 $14.93 Buy Now(price as of Jul 11, 2013)
Every aspect of raising grass-fed cattle is covered here. Whether you're running a hobby farm or a commercial ranch, you'll find something here to interest you.

The draught breed ancestry can be seen in the short cannon bones and large, sturdy feet. The animal moves well with the legs set square under the body. The soft, pink skin is covered with deep red hair. If the animal is horned, the horns are white, short and set wide. They should have a somewhat inclining curve. The udder is well shaped and the overall impression is of an alert beast of good substance and a well covered but firm body. A rather high head carriage is a characteristic of the breed.

The cows make great mothers of calves destined for the suckler market. They have plenty of milk and strong maternal qualities. Their quiet nature and longevity is well known and they are a good choice to cross with virtually any breed. The offspring will be fast growing and suited to either intensive or range type conditions. The modern Lincoln Red is generally polled. There is a strong genetic trait towards a lack of horns and this is often a deciding factor with commercial breeders who are looking for a terminal sire. As the Lincoln Red evolves into a more popular type of animal, numbers of the native bred 100% Lincoln Red have again dropped and in 1998, recording of those animals with 'traditional' breeding was begun by the Rare Breeds Survival Trust.