Caustic for Android - Getting to Know the PCMSynth

This is the 2nd article in which we'll take a good look at a particular instrument, the PCMSynth, in the Android Digital Audio Workstation (DAW), Caustic.

There are two properties always found in a stream of a PCM signal:  sampling rate, and bit depth.  Sampling rate is how many times per second the recording device (sampler) takes a 'sample' of the original sound.  Bit depth is how detailed or coarse the sample may be, determined by the maximum number of sampling points.

Features Found in the PCMSynth

I'm going to assume that you know how to start up Caustic, and get to the PCMSYNTH screen.  If not, take a look at my article on the Subsynth, which shows you how to navigate the screens in Caustic.

Let's go over each section of the PCMSYNTH, section by section.  I'll cover the sections by going from left to right, starting at the top, and working my way down.

This section contains a display window, a large dial, and a number of buttons.  The large dial is used to cycle through various things shown on the display, depending on which button is pressed in the section.

The available buttons are:

Keyboard Controller that Works With Caustic 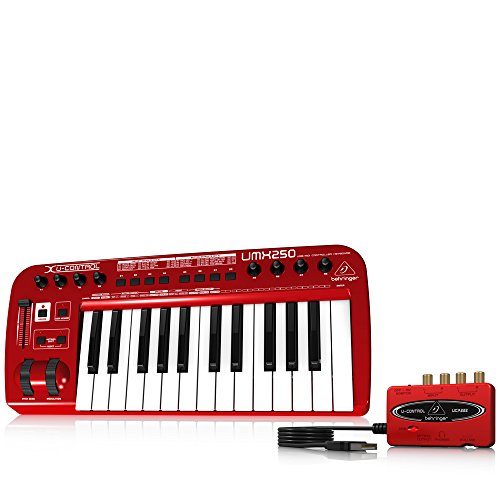 BEHRINGER U-CONTROL UMX250 Amazon Price: $99.99 Buy Now(price as of Jul 8, 2016)
Folks who use Caustic have reported satisfaction with this keyboard controller. Go on over to Amazon & read the reviews, and see if it fits your needs. Behringer also make units with more keys as well, so check them out.
Next >> Should You Own a Smart Phone?