The Top 10 Most Expensive Cars to Insure

Owning a high performance car is often a symbol of wealth and power. Yet, while everyone realizes that their dream car may be expensive to purchase, they often fail to think about how much it will also cost to insure. With that in mind, here are the top 10 most expensive cars to insure:1.The Bugatti Veyron

At the top of this list it is completly unsurprising to find the world's most expensive car. With a base cost of over 1.2 million pounds insurance on this, most beautiful of cars, is astronomical. A typical policy would set you back over £10,000 a year - but hey if you can afford a 1.2 million car who cares!

2. Lamborghini MurcielagoThe Lamborghini Murcielago was produced by the Italian automaker, Lamborghini, between 2001 and 2010. The car was actually Lamborghini's first new design in 11 years, and was stylized by Luc Donckerwolke. It had 3 different models (coupe, roadster and sports) but all of them shared one thing - extreme power and a high price tag. The car cost over £400,000 new. The good news is you can insure it for a measly 1% of that  at a paltry £4,000 to insure.3. Ford GTThe Ford GT was produced between 2004 and 2006 with inspiration drawn from the 1960's GT40 racing cars. It looked like one of the classics but had the power and performance of a modern supercar. The car was designed for racing and initially sold for a relatively small sum of  around £200,000. However, because it was a racing powerhouse it would cost you around £3,900 to insure!3. Porsche 911 GT3Porsche are the most popular sports car providers in the UK. The Porsche 911 is the highest selling performance car in the UK. In many ways the 911 is the entry level sportscar (in my opinion a car for people with money but no real style!). However, The Porsche 911 GT3 is a much more powerful version of the Porsche 911 and infinitely better. It's a very expensive car and you'd expect to pay well over £3000 to insure this. If you intend to race this beast expect to pay 3 times that! 5. Audi R8 V10 The 2014 Audi R8 V10 has been described as one of the best roadcars on the market. It is available with V10 Plus, V8, and V10 engines with the best handling of all supercars. Although it is in the middle of the list, the car will still cost you nearly £1,800 to insure.6. Nissan GT-RThe Nissan GT-R is a favourite for many enthusiasts because of its power and style. It is available with 545 horsepower and as 3 different editions: Premium, Black Edition, and Track Edition. Each edition has different features (with the Track Edition having the most while also being the most expensive to purchase).7. Lotus Evora SThe Lotus Evora S is known to sound and look amazing, and have outstanding handling that makes any ride great. With its supercharged V6 engine, it delivers the power that any high performance driver could dream for.8. Audi R8 SpyderThe Audi R8 Spyder is a popular high performance car available in both V8 and V10 engines. It is designed to handle the road like a Formula 1 race car while also ensuring comfort. In fact, it can go from 0 to 62 mph from standing.9. Jaguar XK-ROwning a Jaguar has long been a symbol of wealth and power, and the trend still continues today. In fact, there are 5 XK models to choose from:* XK Touring* XK* XKR* XKR-S* XKR-S GT (due to be released this summer)10. Mercedes Benz ML63 AMGAt just under £1,000, the Mercedes Benz ML-63 AMG is the cheapest of the most expensive high performance cars to insure. It is a sports model of the M-Class, and a mid-size luxury SUV. Although some may debate about whether or not SUVs can be considered high performance, the Mercedes Benz ML63 AMG delivers. In fact, with its powerful V8 engine, the Mercedes Benz ML63 AMG has 518 horsepower (while also still managing to have 33% better fuel economy compared to the outgoing motor).As you can see, owning such high performance vehicles can be costly in more ways than one. However, as long as you are prepared to do your research beforehand, you can still find cheap car insurance for high performance cars so that you can breathe easier 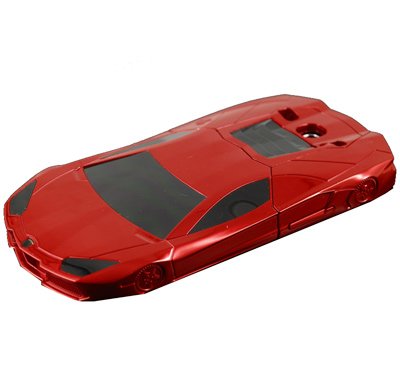 JBG Red I9300 S3 Sports Car Case Cars Design Hard Back Stand Case For Samsung Galaxy S III I9300Amazon Price: $5.98 Buy Now(price as of Jun 27, 2013)
Make Your Galaxy Stand out from the Crowd
Next >> Buying Your Next Car at Auction May Be A Smart Move