I am a retired teacher of English as a second language. I teach on line via Skype, and write on-line articles which reflect my love of travel, language, literature, history and culture. I love writing for InfoBarrel. Why not join me by signing up here: http://www.infobarrel.com/signup.php
InfoBarrel is a writing platform for non-fiction, reference-based, informative content. Opinions expressed by InfoBarrel writers are their own.
InfoBarrel > Health > Diseases & Conditions

Why is Childood Obesity a Worldwide Problem?

Question: What do Michelle Obama, celebrity chef Jamie Oliver and the government of Puerto Rico have in common?

Answer: They are all concerned about overweight children.

The World Health Organization is also concerned.  The WHO considers childhood obesity “one of the most serious public health challenges of the 21st century,” and calls the rapid increase in this condition around the globe “alarming.”1 The problem is greatest in the United States, where child obesity has doubled in the last 30 years2. But it is also a worldwide epidemic affecting rich and poor countries alike. While it is difficult to identify the root causes of why we are fattening up our children like Hansel at the witch’s gingerbread house, the problem seems to arise from a tangled web of interrelated factors.

Obesity puts young people at risk of developing cardiovascular disease, pre-diabetes, joint problems and sleep apnea. In addition, they may suffer low self esteem and be the target of bullying. They are also more likely to grow into obese adults at risk for many health problems including heart disease, type two diabetes, stroke, osteoarthritis and many kinds of cancer5.

A real life example of the problem

The Influence of Diet

In the United States, various culprits are blamed for the obesity epidemic. One theory is that it results from the heavy use of high fructose corn syrup as a food additive. The Documentary "Fed Up" blames the sugar that food manufacturers have added to 80 percent of processed food3. While some people point a finger at the fast food industry, a number of researchers believe that the over consumption of fast food by children is merely a symptom of wider social problems4. These include poor food choices modeled at home and over-reliance on convenience food, particularly by two income and single parent families who do not have time to cook.

A US government overview of research literature on childhood obesity reveals that children are, indeed, eating more food away from home, more high calorie snacks and larger portion sizes. In addition, while children are eating less fat, they are also eating less fruit and vegetables, drinking less milk and consuming significantly more soft drinks (which contain unhealthy amounts of sugar).

Other dietary factors identified in the research include the adverse effect of bottle feeding babies, and vending machines and unhealthy lunches provided in schools. In addition, while the ability to shop at a supermarket has been shown to reduce the risk of obesity, many rural areas and low-income neighborhoods do not have stores that sell affordable, healthy food.

Many people blame marketing campaigns for convenience and fast food targeted at children. However, bans on advertising food to children in Quebec and Sweden appear to have had no real impact4.

On the other hand obesity appears to be strongly linked to lack of physical activity. The highest level of obesity is found among children who watch the most television. Children in the US spend an estimated 25 percent of their time in front of the television. There has also been a significant increase in other passive activities such as using computers and playing video games. While it has been found that physical education in schools can be effective in reducing obesity, many schools are actually decreasing the amount of physical activity they provide for students.

Children are also becoming less physically active outside of school. Often cities do not provide safe places for outdoor play. According to the Center for Disease Control, 50 percent of the children in the US live in neighborhoods without parks, community centers or even sidewalks. In addition to spending more time indoors engaged in passive activities, children are being driven to school instead of walking or riding bikes. 20 percent of American children walked to school in 1977, but by 2001 this number had fallen to 12 percent. Researchers see this as a consequence of urban sprawl in the suburbs, and of safety concerns in the cities5.

The 2008 Physical Activity Guidelines for Americans recommends at least 60 minutes a day of aerobic physical activity for teenagers. Yet according to the CDC only 18 percent of high school students were exercising this much in 2007, and in 2009 only 33 percent of them were attending daily physical education classes.

Get your kids moving with Wii 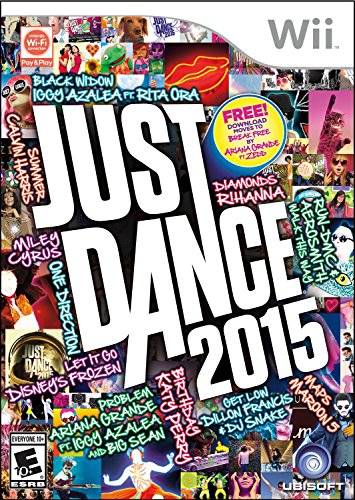 Obesity is not only a U.S. problem, but a worldwide problem which is of great concern to the World Health Organization. The WHO acknowledges that diets around the world are changing: children are eating more food that is high in calories but which is a poor source of vitamins and minerals. At the same time activity levels are declining because of the popularity of sedentary entertainment, increasing urbanization and changing methods of transportation. However, the WHO also sees this issue as a social and economic problem which involves agriculture, transport and urban planning, as well as food processing and distribution6.

The CDC and the WHO agree that this is a complex issue which requires a multi-pronged solution which involves not only families but whole communities, including child care facilities, governments, the media, and the food and beverage industries.

Schools can play a crucial role by educating students about nutrition, encouraging healthy eating, banning junk food, and promoting physical activity. Parents and caregivers can help children to maintain a healthy weight by cooking fresh, nutritious food. In addition to providing a varied and nutritional diet, they can encourage children to take part in physical activity and limit the amount of time that they spend watching television and playing video games.