“Everything in life is writable about if you have the outgoing guts to do it, and the imagination to improvise. The worst enemy to creativity is self-doubt.” â€• Sylvia Plath, The Unabridged Journals of Sylvia Plath Be fearless. Start writing today for Infobarrel and make $$$ while you're at it.
InfoBarrel is a writing platform for non-fiction, reference-based, informative content. Opinions expressed by InfoBarrel writers are their own.
InfoBarrel > Travel & Places > Places > China

Located in heart of China’s capital city, Beijing, the Forbidden City was the imperial palace from the Ming dynasty to the end of the Qing dynasty. During this time period, the palace was closed off to everyone, except the emperor, his family and servants. The Forbidden City also served as the center for ceremonial and political affairs.

Today, it is open to the public and is known as the Palace Museum.

The mysteries of the Forbidden City have long fascinated people with over 500 years of imperial history hidden inside its walls. The palace was a like a city of its own, with a hierarchy that started up at the top with the Emperor, trickling its way down...

The sovereign of Imperial China was known as the Emperor. Emperors reigned from the beginning of the Qin Dynasty, in 221 BC, to the abdication of Puyi in 1912. The Emperor was known as the ruler of “All under heaven”, as he held supreme power over the kingdom.

The title of Emperor was hereditary, being passed down from father to son. Most of the time, it was the eldest son of the Empress who would succeed the throne. If she did not bear any children, the emperor would choose to have a child with a concubine.

Even though the emperor reigned supreme, there have been numerous instances in which the emperor’s mother, the Empress Dowager, became a de facto leader.

Typically, emperors that came from the same family were classified into periods known as Dynasties. It was possible though for people from the lower classes, such as peasants, to found dynasties, as has happened. By overthrowing the current emperor, they could become rulers. Such events occurred in the Han and Ming dynasties.

Emperor Qianlong (1711-1799) is one of the most famous Chinese emperors. Under his reign, the nation experienced the height of feudalism and saw prosperity. Qianlong was pragmatic in his ruling, by emphasizing agriculture and not raising taxes for a number of years. He was also able to pacify warring ethnic groups.

Qianlong was a skilled poet, writing collections of arts and essays. He also sponsored the cultural arts, such as porcelain-making, bamboo carving and painting.

Qianlong stepped down from the throne after 60 years of ruling to his son, out of filial respect to his grandfather’s longest reign as emperor for 61 years.

The Empress Dowager herself was expected to show deference to her son, calling him “son” rather than by his name. However, even though the emperor reigned supreme, there have been numerous instances in which the emperor’s mother, the Empress Dowager, became a de facto leader.

Empress Dowager Cixi (1835-1908) came as a low-ranking concubine, but was given her title after giving birth to the only surviving son of Emperor Xianfeng. As mother to the young emperor, she unofficially controlled the Manchu Qing Dynasty for 47 years.

Cunning and charismatic, she assumed regency and installed her nephew as Emperor, contrary to the rules of succession. Cixi remains a controversial figure for her possible role in the fall of the Chinese dynasty.

Although the Emperor was the ruler of China, the officials governed different parts of the empire. In order to become an official, male civilians had to pass a challenging national examination.

There were many officials of different ranks, whom were in power and money struggles. According to rank, they would wear different clothing with various animal prints on their clothes symbolizing their status.

The officials were forbidden to enter the Forbidden City, despite their role. Only the top four ranks could enter as far as the Outer Court and speak with the emperor.

The eunuchs were men who had been castrated, taken in at early ages away from their families to serve the Emperor. With no hope of starting their own dynasty or sleeping with the concubines, they were entrusted with many duties.

The Eunuchs composed the largest group within the palace walls, numbering 70,000. Although they lived in surroundings of luxury and beauty, they could not experience such benefits themselves. Eunuchs, too, had a hierarchy. Only a few were relied upon to be advisers and favorites of the Emperor, while the rest were treated like slaves.

Beautiful virgin women were brought from different regions to the palace to undergo an intensive selection process. After admittance, concubines were given instructions on ideals to uphold, including chastity and submissiveness. They resided in the court ladies’ palaces, guarded by the eunuchs. No man was allowed to enter into the court ladies’ palaces, save for the eunuchs and the emperor himself. It has been documented that emperors had had thousands of concubines, who lived in one of multiple ladies’ palaces depending on their rank.

There was fierce competition amongst the concubines to produce a favored son for the emperor in order to become Empress Dowager. The most famous of these concubines was Cixi, who ruthlessly clawed her way to power. There was a story that she had ordered a young concubine named Pearl to be pushed down a well to her death.

During the Ming Dynasty, Jesuits arrived from Europe to convert Chinese to Christianity. At the time, it was unfathomable that an outsider, particularly a foreigner, could enter into the Forbidden Palace. However, elaborate gifts such as musical clocks and scientific instruments caught the emperor’s eye. As a result, some Jesuits were given permission to live within the palace walls. They became artists and educators, educating Chinese on European methodologies. There are over 1,000 antique clocks housed in the Palace Museum today.

The Forbidden City was a fascinating place full of drama, intrigue and stories. Power struggles, money and relationships were key elements to life within the palace. If you have the opportunity to visit Beijing, the Palace Museum is a must-visit to learn more about its rich history and the people who once lived inside it. 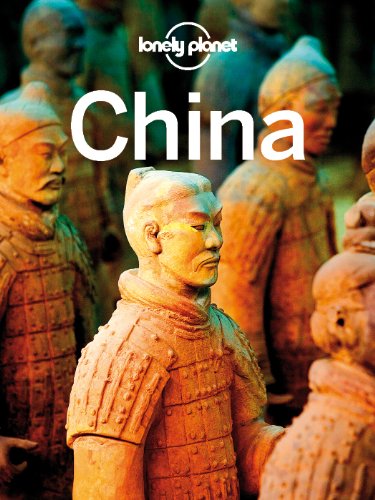