To Westerners, many Chinese family names sound confusingly similar. Chang, Chan and Chen. Wang, Wong and Huang. Wu, Hu and Fu. It's true a great many people of Han Chinese descent have identical surnames, and one reason for this it that the vast majority of family names consist of just one syllable. Also, ordinary Chinese have been using family names for an exceptionally long time, possibly as long as 4,800 years. It's said the use of surnames by Chinese was decreed by the Emperor Fuxi, a mythological ruler who, according to legend, lived to the age of 197, ruled for 116 years, and invented fishing, trapping and writing.

Credit: Creative Commonsas family lines have died out, and because of the one-child policy (which was slightly relaxed in late 2013), this trend will if anything accelerate. Because of the nature of written Chinese, variations on established surnames don't appear from time to time, as they do in English and other languages as a result of misspellings or Anglicizing foreign names (Klein becoming Cline, Zucker becoming Sugar, and so on). What's more, the range of family names in China hasn't been broadened by immigration, as it has in the USA and some other countries. The relatively few outsiders who've settled in China have tended to take on Han Chinese names.

In many other parts of the world, surnames were used by the aristocracy but not, until fairly recently, by common people. That's why many Anglo-Saxon surnames reflect trades which didn't appear until the Middle Ages, such as Chandler and Collier. The ancient Romans also used surnames, but this habit seems to have died out after the Roman Empire collapsed in the 5th century AD. In the Netherlands, surnames weren't common until Napoleon invaded in 1811 and required everyone to have both a given name and a family name for administrative purposes. The situation was similar in Turkey, where surnames finally became compulsory in 1933.

According to a list compiled using data from the People's Republic of China's 2010 census and published on Bloomberg's website, the country's five most common surnames (Li, Wang, Zhang, Liu, and Chen) accounted for 28.3% of the population. Some 95 million people are surnamed Li (pictured above); 88 million are Wang. The name Hou ranks 80th on the list, yet the PRC has just over three million people with that surname. The possibility for confusion when people have identical given and family names is obvious; it's said individuals have lost their life savings, have been arrested and imprisoned, and even had the wrong limb amputated in hospitals, because they've had the misfortune to share their name with someone else.

Surnames also get in the way of love. In ancient China, it was illegal for people sharing the same family name to marry, because it was believed they must somehow be related. Even now, members of the older generation frown on youngsters pairing up with identically-surnamed lovers. The written form is what matters; a surname is considered the same even if the individuals are from distant parts of China and pronounce the name very differently. For instance, what Mandarin (Putonghua) speakers read as Guo (shown right) would be pronounced Kwok by Cantonese speakers.

Because many surnames are very common, institutions named to honor famous individuals usually take the person's given name (which is often but not always more distinctive) rather than his or her family name. For example, Ming Chuan University in Taipei is named for Liu Ming-chuan (1836-1896), a Qing dynasty general and governor of Taiwan. In the Chinese world, Cambridge University's Churchill College would have been named Winston Leonard College.

The surname-shortage is even more extreme in Taiwan. There, six family names cover 40.1% of the island's 23.3 million people. Chen comes first with almost 11%. Lin, the second most common surname in Taiwan, is only no. 16 on the PRC list. Ranking third to sixth are Huang (no. 8 on the Chinese mainland), Zhang, Li and Wang. In Taiwan, Li is often spelled Lee (as in former President Lee Teng-hui), while Zhang is usually Chang. The top ten family names in Taiwan cover 50.2% of the population. To do the same in the USA, you'd need to compile a list of the most popular 1,750 surnames! 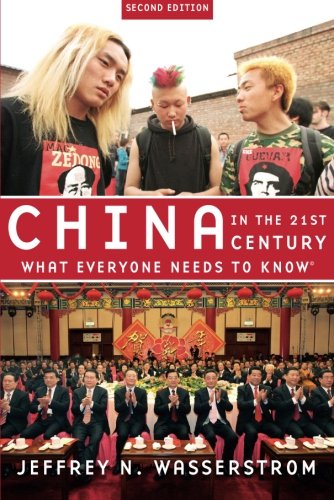