A Chinese atv knockoff is essentially a low price, and often smaller four wheeler than that made by the big boys, like Honda. In fact, most of them copy the Honda engines that were used in the 80's, when Honda failed to renew patents on some of the older models, like the 110cc. You remember the old three wheelers, right? Well, that's basically the same engine of the Chinese atv knockoff industry. Let's take a look at some of the key differences. 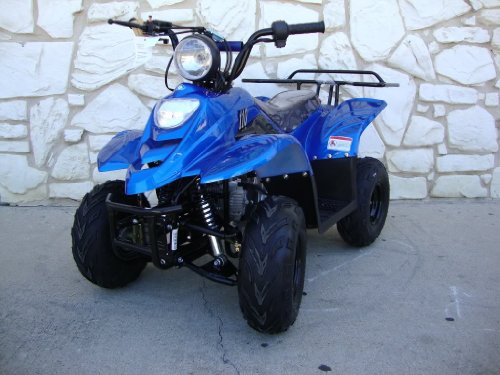 It' no real surprise that the price is much less for a Chinese atv knockoff. After all, they are made in China, with much lower labor costs than Japan. Of course, labor costs simply cannot be the only difference, since many of the off brands costs less than half of the major brands. As an owner of a couple of Chinese atv knockoff quads, I can tell you that the quality is not at the same level as well with cheap off brand four wheelers.

The motor on a Chinese atv knockoff is generally a copycat of the older Honda engines, as noted earlier. While some companies claim to have "interchangeable" parts, this isn't always the case. The engines are clearly made with a thinner metal. I've often said the metal used on a Chinese atv knockoff engine parts resemble that of a frying pan. I cannot speak to interchangeable parts, having no real issues with my kid's off brand quads, but I've read that they may or may not be interchangeable. There's no doubt, cheap metal will keep the cost down.

There are many other differences out there to consider when you purchase a Chinese atv knockoff. For many, gettting the best four wheeler price is just too good to turn down. For others, the thought of decreased quality and reliability is too much to ignore. If you are considering a Chinese atv knockoff, you should do your homework. 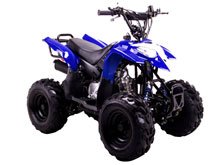 Parts really aren't that hard to find for a Chinese atv knockoff, but you'll generally need to get them from online sellers. Online auctions, like eBay, are a great place to look. This is more of a inconvenience than anything else, having to wait for replacement parts. Still, it means that they are out there, so getting parts for your Chinese atv knockoff won't be an impossible task.

The plastics on a Chinese atv knockoff is thinner and a little more flimsy than that of the major brands, although it does seem to be adequate for our needs. We do some driving out in the woods, but mostly the quads are driven on groomed trails or in the backyard. I would suspect that anyone looking to blaze their own trail may crack a fender or two.

The size is an apparent difference between a Chinese atv knockoff and a major brand quad. Perhaps not as much with the full size adult models, but more with the kids quads. Generally speaking, the 50cc quads are physically much smaller than the major brands, allowing smaller drivers to ride. On the flip side, this means they are outgrown quicker, so it's really a matter of choice. Over the last few years, there have been many changes in the sizing of the Chinese atv knockoff. In fact, these days they are making several sizes physically larger than the 50cc or 90cc major brand quads, but with a still relatively kid friendly 110cc engine. The size is somewhere between the major brand 90cc quads and the 2500cc quads, so it really is a good size for young teens. 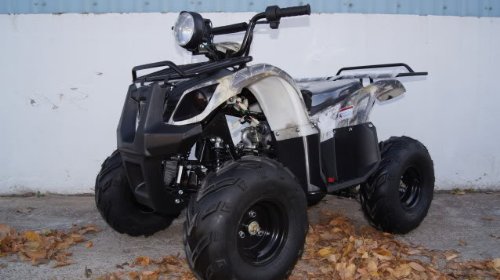