People go missing in the world every second of every day.

Sometimes, such people are the victims of crimes like kidnappings or murders.  Others choose to “disappear” for personal reasons (to avoid legal or other private and personal problems).

In the realm of unsolved mysteries, though, there are many classic and disturbing disappearances that, despite the fact that many people are aware of the circumstances leading up to the vanishing, no one has yet figured out what happened to the parties in question.

Though believed to have been abducted and likely murdered, the disappearances in 1930 of Joseph Force Crater (a New York State Supreme Court Associate Justice) and in 1975 of James Riddle “Jimmy” Hoffa (former Teamster leader) fueled much speculation but neither case has been solved.  To date no one knows for sure what happened to either Crater (once described as “The Missingest Man in New York City”) or Hoffa.

These are individuals, though, and it is relatively easy to “misplace” a lone person.

But what happens when an entire company of trained military men, about 2,900 in all, disappears from the face of the planet in the space of a few hours?

This was the case of a missing Chinese battalion in Nanking in 1939.

Fighting Men Relations between China and Japan had been strained since the late 1800s.  Korea was an important vassal state of China.  It became of interest to Japan thanks to its natural resources and its strategic location.

Foreign trade between Korea and Japan opened in 1875; afterward, pro-Japanese Koreans (who longed for modernization) and the old-guard Korean government officials (supported by China) became heatedly conflicted.  In 1894, a full-scale conflict (called the Sino-Japanese War) over dominance of Korea ended in 1895 with victorious Japan emerging as a world power, exposing China’s military weakness to the world.

Hostilities between the two countries continued well into the early 20th Century.  China’s constant resistance to Japan’s involvement in what were perceived as Chinese interests led Japan to invade China itself in 1937.  [This warring lasted well into the closing years of World War II and is also sometimes referred to as the Second Sino-Japanese War.]

China was ravaged by this invasion.  Japan launched a massive assault on Nanking (Nanjing), the capital of Jiangsu province in east-central China. Nanjing’s plight, particularly after exiled refugees were corralled into a Safety Zone in early 1938, led Chinese authorities to at least marshal an attempt at maintaining a defensive posture in the area.

The Japanese incursion was particularly brutal.  It has gone down in history as the Nanking Massacre or more horrifically (and popularly) as the Rape of Nanjing.  Although civilians were not supposed to be molested by enemy forces (per international agreements) the Japanese soldiers pillaged the city over several weeks from late 1937 into early 1938.  Mass killings netted estimated deaths between 100,000 and 300,000 Chinese.  [Estimates of the number of disarmed Chinese soldiers and unarmed civilians killed by the Japanese are sketchy because records were kept secret by the Japanese and not disclosed until after the end of World War II.]

More horribly, though, were the wide-spread sexual assaults on vanquished Chinese women.  Marauding Japanese soldiers, though ordered not to do so, raped tens of thousands of women, killing them afterwards so the outrages could not be reported (although some perpetrators were ultimately brought to justice and executed).

On December 9, 1939, a newly-arrived battalion of Chinese soldiers was assigned to a two-mile stretch of foothills as reinforcements in the area of Nanjing.

Several hours later this string of soldiers was gone without a trace.

Fleeing Men? The leader of the group was a colonel, Li Fu Sien.  He was in charge of the rear guard advancing toward the Japanese strongholds in the area.

The Chinese troops assigned to hold down the foothills and a particular bridge were not in their colonel’s immediate route of inspection, and Li Fu Sien did not get to his men’s entrenched positions until around 4 AM on December 10, 1939.  He traveled through the ranks, saw that his troops were well dug in for the night, and the area was secured with a posting of soldiers for watch.  The colonel then retired to his sleeping quarters, a truck parked about two miles behind the lines.

About three hours later, as dawn passed, an aide awakened the colonel with the disturbing news that the newly-placed troops could not be contacted.  Infuriated, the colonel went out to the line.  What he saw stunned him: concealed fires still glowed, and the bigger guns set up for defenses were still in place.  But with the exception of a handful of men at a removed outpost there was not another single soldier to be seen.

The bulk of the battalion had vanished almost completely, including all the field officers responsible for the ground troops.  Nothing of their passing remained.  The surrounding vegetation was so sparse that it was believed a mass defection was not possible: where would nearly 3,000 Chinese soldiers hide out to avoid detection if they had deserted?

Questioning the few men at the lone outpost revealed nothing—they had heard no sounds of combat nor were there any signs on the landscape that any skirmishing had occurred.

It was suggested the Chinese may have decided to surrender to the Japanese.  However, to do this, the soldiers would have had to cross a bridge into the area occupied by the Japanese, and this bridge was under constant observation.  No such mass crossing had been seen.  The peasants living in the area similarly reported they had heard no gunfire nor had they seen any soldiers fleeing from the defensive line through the countryside.

Not a single corpse or grave was located.  And, finally, to further add to the mystery the Japanese later reported they had not engaged any such group of Chinese soldiers in battle during that time.

Folklore Men There are those, of course, who will claim a certain bright light (a UFO) was reportedly seen in the area (though there is never any supporting corroboration), thus leading the gullible to infer aliens from outer space abducted these troops.

The tale of the disappearing Chinese soldiers, while interesting and certainly fuel for the conspiracy minded or the person who believes in the supernatural, may only be a story, an anecdote without substance.

There are several things wrong with the narrative, starting with its setting in time and certain assumptions made about the physical environment.

Web writers (not those with peer-reviewed hard copy in respected journals or other print media) tend to try to place the timing of this event in conjunction with the Nanjing Massacre (and some web sources even give the year of the disappearance as 1937 in hopes of making it fit into that horror’s timeline).

More credible sources, however, put the disappearance in December 1939 as noted here.  The Nanjing siege was over and resolved by mid 1938, over a year earlier.  So, the two incidents are not related.  The importance of fixing the date is that means these soldiers were probably not wiped out in the mass killings during the sacking of Nanjing.

The more believable accounts do, however, put these soldiers in a defensive posture near a Japanese military stronghold.  Surrender to the Japanese could have been a possibility but not a probability.  It seems unlikely (considering the horrific and widely known ill treatment the Japanese afforded prisoners of war) that no self-respecting Chinese soldier would surrender to such an enemy, knowing he would be tortured and probably killed outright or die from abuse.

A reasonable conclusion is that such a group, tired of the fighting or seeing their lot as hopeless, simply deserted quietly.  Just because there was only one bridge nearby under observation does not mean that was the only route of egress available in the area.  And under cover of darkness from anytime after 4 AM until dawn (a few hours’ lead time) men familiar with the countryside could have merely melted into the landscape.  The peasantry, not part of the political machinery of the developing Communist ideology of China or directly involved in the warring with Japan, may have been inclined to help hide or cover for the fleeing soldiers.

If recognized as a true desertion the reason such a defection might not be forthcoming as an explanation is simple: China was turning into a true Communist country by then, and for ideological and morale reasons no one in authority would ever allow that soldiers fighting for the “rightness” of Communism (or the “rightness” of China against Japan) would deign to desert.

Another plausible explanation, and perhaps the most reasonable one, is that it never happened, meaning no such battalion was ever dispatched or disappeared.  The story may very well be nothing but folklore.

The Japanese made a point of asserting they had not engaged anyone in combat during the relevant time.  And as a destroyer of morale, a mass desertion by the Chinese would have been great propaganda for the Japanese to use against the Chinese government, making them look foolish and weak on the world stage.

This was never done.

The Japanese were as apparently mystified by the mass disappearance claims as anyone else who heard the tale.

Speculation is all that remains. 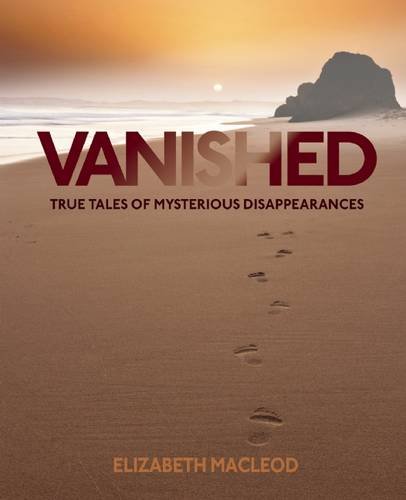