India is one of the largest producer of tea leaves in the World after China. The cultivation was first started during the British Rule. Though the plant Camellia Sinensis grew wild in India the  first seeds were brought from China by the British Planters.

Consumption of this hot brew was very limited in those times hence the blends were exported to Great Britain. The consumption of tea had already become popular all over Britain and the leaf was much in demand.  The British East India Company cleared large tracts of forests to introduce plantation in Eastern States of India.

The consumption of the beverage became widespread in India during post independence era in 1950s and on wards.  The country absorbs more than seventy percent of its production.  The cultivation now takes place in East Indian State of Assam and West Bengal and Nilgiris in Southern India.

Initial plantations were carried out is Assam State of India and at Darjeeling in Indian State of West Bengal. The latter is renowned all over the World for its highly aromatic flavor and muscatel taste. This leaf is exported to many countries and is premium priced. This Darjeeling leaf is grown in gardens which have been certified by the Tea Board of India and the blends carry a certificate of authentication.

In order to cut the cost the Darjeeling leaves are blended with fine Assam Black leaves. These deliver the fine flavor of both without sacrificing the quality and taste. Most of the tea companies in India use these leaves while many also use the Nilgiri leaf in their blends.

The major cultivation in the country is that of the black leaf while the processing difference does yield the green variety as well. The green tea leaf is becoming popular for its health benefits but many connoisseurs find its taste interesting.

Video About Darjeeling and Assam Leaf

Learn about the famous Darjeeling and Assam teas from India

Chai Tea is popular beverage consumed all over in India. This is a simple way of making the brew. The water is brought to a boil along with the addition of leaves. After the boiling point is reached milk is added along with sugar. The brew is then brought to a boil several times and  strained to separate the leaves.

Tea is also blended with many spices and condiments for special flavors and for their resultant medicinal properties. Spices like ginger, cinnamon, cardamom, cloves and lemon grass are extensively used for medicinal purpose.

Chai as tea is called in Hindi is sold all over India by small restaurants, vendors on handcarts and small shops tucked away in the corners of major markets. It is now being sold in tea lounges a concept just introduced in India.

Ice teas and instant premix teas are dispensed through the vending machines.  They are also sold in sachets for easy use. The blends are popularly sold in hygienic dip in bags. The advantage that tea bags offers are many. One of the major advantage is to sell small quantities of less consumed but appealing variety of exotic leaf blends.

Cocktails mixed with teas containing liquor, gin, vodka and whiskey are also being introduced to the high society party circuits all over the globe.

All varieties of pure and blended teas are available online. You can buy the best blends from the tea company websites with shopping facilities online. Many companies offer free delivery as compliment. 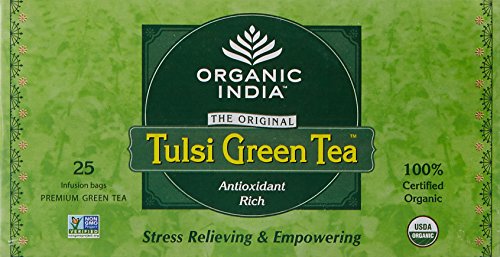