Choosing a Boiler Insurance Policy to Meet Your Needs

Get Your Boiler Covered

A lot of home owners enjoy the reassurance given by taking out insurance cover for their heating and hot water systems. Not long ago, it was usual to choose the policy offered by the household energy supplier rather than looking around for other providers. Comparing that cover and costs with what’s offered by other companies is much more common nowadays, with an abundance of websites urging us to find the best buy through them. Price comparison has now become the norm, and for boiler insurance policies it can save you about half the cost of the insurance.You do have to be careful, of course, that you are comparing like with like. The policies vary a lot in the comprehensiveness of their protection, and you should be aware of what the different types of policy mean in practice and some pitfalls, before you start to compare products.Boiler cover or cover for the whole system?The most basic policies will only cover the boiler itself. It’s true that the boiler is the component that breaks down most often compared to other parts of the system. But the pipe work may develop a serious leak, leading to loss of system pressure and total failure. If that happens, a boiler-only policy won’t help you. It’s fair to say, though, that leaking pipes aren’t the commonest cause of total heating and hot water loss.Also, check whether the system controls and electrical components are covered. Failure there can lead to total loss of heat and hot water, so it is something you should look for in even basic boiler policies.Does emergency cover extend to hot water failure?Your policy should include emergency call-out 24 hours a day, year round. However what does the policy class as an emergency? Obviously, if the heating system breaks down completely, that will come within the definition. But what if you are without hot water? That can also be catastrophic, and is often under-estimated until it happens to you.When the heating breaks down, most people can find another source of room heating as a temporary substitute, or buy a cheap blow heater if necessary. It’s harder to find an acceptable substitute for producing hot water. Boiling water in kettles and pans for washing can be dangerous if there are children or old people in the household. In any case, it isn’t going to allow you to take a shower or a bath, or to clean the kitchen floor with any ease.In short, you should look for a policy that treats lack of hot water, as an emergency.Call-out chargesCheck any call-out charge that applies. You can find policies that appear extremely cheap but this is balanced by a call-out charge of a significant amount. You have to ask yourself whether that call out charge is enough to take away the peace of mind that having a policy should bring. That will depend on your own finances. Of course, even a policy with a high call-out charge will give you priority access to a heating engineer at times of peak demand, which is valuable in itself.Annual ServiceCheck that the policy includes an annual service. If it does not, then you need to think about the risk of a carbon monoxide leak which would be included in an annual service. If you do not have a policy or you have one which excludes annual services, then you should invest in a carbon monoxide alarm for your home.Boiler Replacement: as good as it seems? One feature which is often highlighted in boiler insurance policies is cover for replacement of the boiler when it is beyond economical repair. That sounds like a very generous benefit on the face of it. However it is usual for such cover to exclude boilers which are more than seven years old. It is very unusual for a relatively new boiler to be beyond economical repair, and for most, if not all, of the first seven years of its life it will be covered by the manufacturers guarantee anyway. So the replacement cover is possibly not such an attractive feature as it seems at first glance.Other things to watch forDo the repairs carry a guarantee?Check that you can live with any financial restriction on the repairs covered, and any limit of the number of call-outs allowed in a year.If a call-out is caused by the same problem again after an attempted repair, it shouldn’t count as two call-outs for the purpose of a restricted call-out policy.All boiler insurance policies are not the same, so you need to look for the features that are important to you as well as the price of the cover. 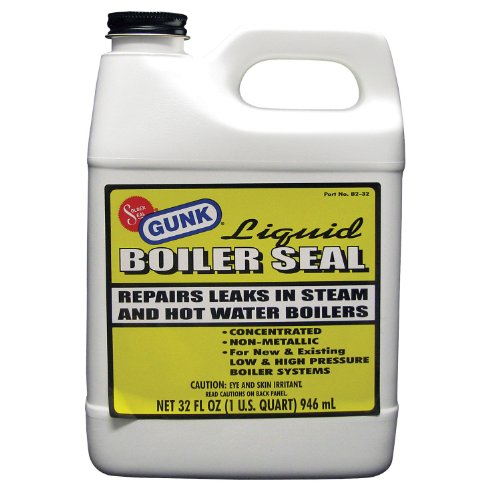