Deb writes under the pen-name "Introspective" for InfoBarrel. You can follow her on Twitter, Google+, Linked-in, and Instagram @DebW07.
InfoBarrel is a writing platform for non-fiction, reference-based, informative content. Opinions expressed by InfoBarrel writers are their own.
InfoBarrel > Lifestyle > Politics & Government > US Politics

If you've never heard of New Jersey Governor Chris Christie, type his name in a YouTube search. What you'll find are a barrage of video clips displaying Christie during those now infamous New Jersey Town-Hall meetings.  Some of the clips show Christie thwarting partisan criticism with statements such as; "With all the important issues that we have going on . . . you're wasting these people's time with a question on whether we plant questions in the audience. If I planted the question, why the hell did I call on you?!"

One woman [Gail] prefaced her question by saying "You don't send your children to public schools, you send them to private schools. . ." then went on to inquire about cuts in public school funding. Governor Christie addressed the implications by stating; "Hey Gail; first off, it's none of your business! I don't ask you where you send your kids to school, don't bother me about where I send mine!" Even after being criticized, Christie answered his critics by saying the statement "none of your business" was exactly how he felt and at the end of the day, that's him. He also added "If you give it, you’re gonna get it back."

The New Jersey Governor recently ruffled some political feathers when he made the following statement in a speech at a conservative conference headed by former President George W. Bush; "We're turning into a paternal entitlement society. That will not just bankrupt us financially, it will bankrupt us morally. Because when the American people no longer believe that this is a place where only their willingness to work hard and to act with honor and integrity and ingenuity determines their success in life, then we'll have a bunch of people sitting on the couch waiting for their next government check."

Governor Christie also recently spoke with talk show host Piers Morgan and said he would never compromise his principles for politics. Morgan pressed him on his position that marriage should be between one man and one woman, saying "You would never change your mind about this?" To which Christie responded "I would not compromise my principles for politics. You're saying will it become politically unpopular to have the position I'm having? If it does, so be it. I don't compromise my principles for politics. . . . It's my belief. It’s my core belief.  And I tell people that. . . . Everyone has their positions. The president has his, which he's changed over the course of the past couple of weeks, pretty significantly. So maybe, I guess, his first position wasn't a principled position, because now he's backed off it, because he got political heat. That's the difference between the president and I. You know, if I have a principled position, I'm going to stick by it. He had what I have to assume was a principled position on it and he's already backed off it and -- and he seems to continue to be backpedaling. . . . So here's my view of it; I believe that you should never compromise your principles." 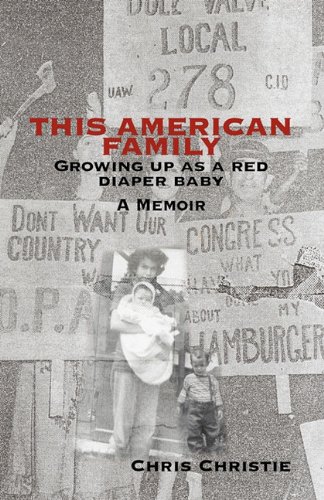 A Republican Governing a Blue State

Chris Christie is the 55th and current Governor of New Jersey. His election in November 2009 made him the first Republican to win a statewide election in New Jersey in 12 years. When he was elected Christie said he never had a moment of "I'm not ready for this." Instead he said his feeling was "Yup, let's go, let's go!" Christie went on to say "Not that everything was going to go right or that I was going to win every battle. . . ." but he felt the job was never "over his head."

Christie stated one philosophy he applies to politics came from a former boss who told him "It's a lot harder to hate up close." He believes President Obama made a mistake by not making House Majority Leader John Boehner his "best friend." He also says the only person who can call a truce on Congress' war with itself is the president, and believes President Obama has not been effective in governing.

New Jersey Democrats have criticized Christie's 10% tax cut as "fiscally irresponsible." But, in true Christie fashion his response was "The thing I love about the Democrats in my state is the only time you ever hear them talking about 'fiscal responsibility' is when we're trying to give money back to people. But, when they wanted to spend a billion dollars more than we had in the budget last year . . . you didn't hear them talk about fiscal responsibility then. The point is our people have suffered a great deal and they deserve to get some of their money back."

Despite loud grumblings by New Jersey Democrats, Christie’s style of governing is popular with the folks in his state.  Christie also claims that other governors call him for advice.

"I Love Teachers – I Just Can't Stand Your Union"

Since becoming governor, Christie has battled with the union heads over his plan to require union members chip-in more to their medical and retirement plans, to retire at an older age and to accept lower benefit payments. Prior to the law passed by Christie, most of the teachers in New Jersey paid zero towards their health care coverage.

The Teachers' Union, however, will not acquiesce and they've spent millions in advertising saying Christie and his policies are "The greatest assault on public education in the history of New Jersey." In addition, in 2010 a memo signed by New Jersey Education Association Field Representatives (including Joe Coppola, president of the Bergen County Education Association) was discovered. The memo encourages members to "get some dirt" and "go public," and closes with a sinister "prayer" that says in part  "Dear Lord … this year you have taken away my favorite actor, Patrick Swayze, my favorite actress, Farrah Fawcett, my favorite singer, Michael Jackson, and my favorite salesman, Billy Mays. … I just wanted to let you know that Chris Christie is my favorite governor."

Although union members claim the memo was a joke, Christie is not laughing and says this "embodies the elitism and double standard that the teachers' union thinks applies to them…they believe they are entitled to it. They believe they are special and different and that they shouldn't have to share the sacrifice. And that's, I think, what's ultimately driving public opinion against them."

Called "One of the most intriguing political figures in America" by the New York Times, Christie says "I just say what I think, why doesn't everybody…?" He also credits his late mother for his candor, and says his mother gave him several pearls of wisdom. Christie says "My mother told me that if you have a choice between being respected and being loved, always take being respected, because if someone respects you, love may come, but if they love you without respect, it’ll go."  If given the choice, Christie says he will always choose respect over love. 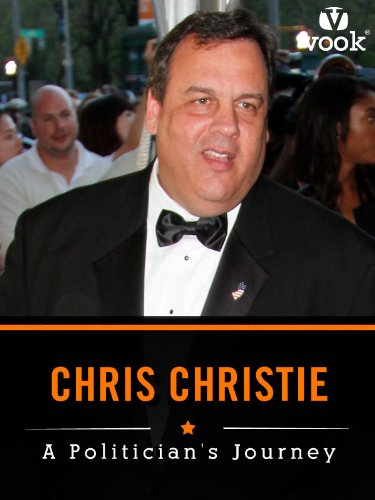 Poking Fun at a Weighty Issue

In addition to battling with Democrats, Governor Christie also battles with his weight. He claims he's built-up a "shell" because his weight has been talked about so much, however, he is offended when people say he is heavy because he is not disciplined. To that he says "I would love to show these people…They think I can get to where I am by being undisciplined? Let me show them!"

Governor Christie has also been the subject of several jokes by the late-night comedians. David Letterman has made several jokes at Christie's expense such as "What would it be like if Governor Christie became president?  'New scandal! Governor Christie caught in the Oval Office with Betty Crocker and Sarah Lee!'" Conon O’Brien mocked "When asked what's wrong with the Lincoln tunnel, Christie said 'You try squeezing through that thing,'" and Jon Stewart made the wisecrack "So he looks like a pear, so what!"

Governor Christie claims he never intended to run for president in 2012, however, after several people, including prominent politicians such as Henry Kissinger, pleaded with him to run, he listened but never changed his mind. Christie claims the reason he was not persuaded to run was because he just felt like at this time he was not ready and said "The worst feeling in the world would be to walk into the Oval Office on January 20, 2013 and look around and say 'Oh man, now what do I do?'"

But, just because he's not running in 2012, don't rule him out for 2016. This year, however, Christie is backing former Governor Mitt Romney - saying when Romney was the Governor of Massachusetts he had a Democratic legislation, and with 85% of the legislation Democrat he found a way to bring people together and get things done.

When asked by a news anchor whether Romney could bring Congress together because he hasn't been able to bring the Republican Party together [during the primary]; Christie shot back "…No one would expect him [Romney] to bring the Republican Party together, it's the primary. There are still people like Newt Gingrich and Rick Santourm who believe that they should be the nominee. This is what we do, we have a fight over this stuff…we have a primary. No one was saying four years ago, that I recall, 'Oh Barack Obama, you know can’t bring the democratic party together cause that stubborn old Hillary Clinton still wants to run.' Listen people have the right to run…"

Christie defends his position on school funding and his battle with the state's teachers' union.