Do you have some knowledge to share? You can give others the benefit of your expertise and earn money at the same time. Sign up for InfoBarrel and join the friendly community here.
InfoBarrel is a writing platform for non-fiction, reference-based, informative content. Opinions expressed by InfoBarrel writers are their own.
InfoBarrel > Health > Diseases & Conditions

COPD itself is an umbrella term covering long term conditions which have the common characteristic of shortness of breath. Many sufferers have a mix of several problems. People who develop COPD are usually smokers or ex-smokers.

Exposure to irritants may increase the risk of COPD. Irritants may be such things as fumes, dust or gas. The risk to underground miners has long been recognised. Occupational exposure may be responsible for 20 to 30% of COPD. Biological dust has more recently been identified as a risk factor. Second-hand smoke and other air pollutants also account for some of those affected.

It is difficult to detect mild to moderate COPD and it is sometimes confused with asthma. While asthma and COPD are both common (and some people have both), the two diseases have different causes, affects and treatments. A spirometry or 'lung function test' will tell the doctor which disease he needs to treat. 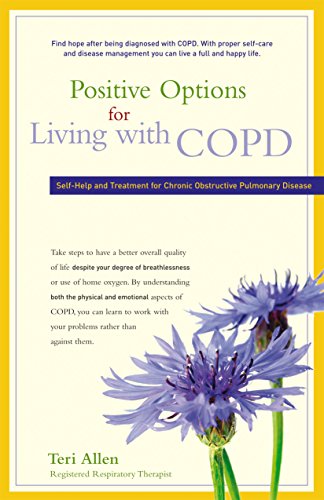 Positive Options for Living with COPD: Self-Help and Treatment for Chronic Obstructive Pulmonary Disease (Positive Options for Health) Amazon Price: $14.95 $4.35 Buy Now(price as of Oct 26, 2016)
This compassionate manual covers every aspect of the disease, including the psychological and emotional issues that go along with having COPD.

COPD includes emphysema and chronic bronchitis. If a person has emphysema, air becomes trapped in the lungs, making breathing in difficult. This results in breathlessness.

Emphysema may be caused by an inherited problem but only in a very small number of cases. A genetic condition, alpha-1 antitrypsin (AAT) deficiency can result in the disease in those who have never smoked nor had long-term exposure to pollutants.

Because of smaller lungs and more sensitive, smaller airways, women may be at greater risk.

With chronic bronchitis, the airways are swollen and there is a constant and long-lasting irritation. Coughing and increased secretions from the lungs result.

There are a number of pointers that can alert a person to the fact that something is not quite right with their lung function. Extreme breathlessness is not normal and should not be attributed to normal ageing.

Should you have any of the following conditions, it would be wise to ask your doctor for a lung function test. Early diagnosis can slow the progression of the disease and make a significant difference to quality of life after the diagnosis. Early diagnosis and treatment will mean a longer life.

Wheezing may be absent in severe but stable COPD. In more advanced cases, there may be hyperinflation of the chest, soft breath sounds, an extended expiration period, less chest expansion and hyper-resonance to percussion.

COPD is termed moderate to severe when lung capacity drops by 50%.

There are a number of ways by which people can prevent, delay or cope with the disease. 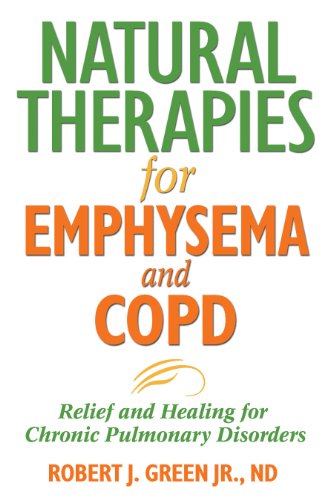 Natural Therapies for Emphysema and COPD: Relief and Healing for Chronic Pulmonary Disorders Amazon Price: $16.95 $9.69 Buy Now(price as of Oct 26, 2016)
This addresses emphysema and chronic obstructive pulmonary disease (COPD) from a nutritional and alternative medicine viewpoint.

Most medical interventions will include a special inhaler of some sort. This delivers the necessary medication directly to the lungs.

The three types of inhaler medication are:

You may also be prescribed medication to be taken by mouth.

Reliever inhalers are short-acting bronchodilators. The medication causes the muscles around the airways to relax, allowing air to flow more easily. They may work within minutes and the effects normally last for several hours. Always carry your inhaler with you and advise your doctor if you need to use it more often than normal.

If you have some form of COPD, it is highly likely your lung function will be tested. This is called spirometry and the machine used is called a spirometer. A spirometer measures the speed at which the lungs fill and are emptied of air. After taking a full breath, the person is asked to exhale into the spirometer. And in most cases it is really that simple. It is done while seated, sometimes before and after using an inhaler and is usually all over in 10 to 20 minutes.

It is estimated that there are two million Australians living with COPD. One in five Australians is affected by this insidious disease but over half of these don't know they have it. If you have any of the symptoms mentioned, do yourself a favour and make an appointment with your doctor.