The RPG genre has been around for years now. And while there have been some great games released over the decades, none stand out better in my mind than Chrono Trigger. I remember being blown away when I first played this game after renting it at the local video store (yes, we did have to do that at one time!). Chrono Trigger was simply put, an amazing accomplishment for the time. Without further ado, let's review why this game is my favorite RPG ever!

At the time, the RPG genre was by the "random-encounter, screen-swirling transition to the turn-based battle." The player had no control over when the battles would occur, which frankly became boring when trying to accomplish a task quickly. Along came Chrono Trigger and suddenly I could WHAT?!?!, dodge all the baddies on the screen if I wanted. This concept really blew my mind and made the game feel much engaging than others. Total control was given to the player to engage in battles to level up or just hurry through an area; however, the developers tossed in some variety by having the monsters make sudden changes in direction or to pop out of hiding. This did help add some variety and felt a bit like the random encounters of old.

'Nuff said. Ok, so maybe time travel in a video game is not all that cool to you. But what was awesome, is that you could travel to several different eras and the events from the past affected the events in the future. This was pretty awesome at the time and Squaresoft did an excellent job integrating this system. How many time-travel movies have you watched and said "That would never work because..." This game was masterfully crafted and after playing through it several times, nothing glaring has ever stood out to me. Pretty cool stuff. This history-altering time travel thing brings me to our next point....

Thirteen to be exact! Is far as I can remember, this was also a first for the genre. I can honestly say I have not played through all the endings in this game, but knowing they are there gives the gameplay that much more intrigue. There is some inherent excitement when you get to an event and you think "AH, I wonder how this might affect the outcome." Very cool concept that also added some excellent replay value to the game as well.

Man, I remember I loved the characters in this game. Especially Frog, no Robo, oh Ayla, and of course the silent protagonist, Crono... But alas, I could only have 3 characters at a time. The developers did a good job with character development throughout the game, but since you could only have 3 present at a time, you missed out on a lot of unique dialogue. Thus... more REPLAY VALUE! This was just another element added to make sure you would enjoy this game through multiple playthroughs.

Chrono Trigger implemented a special powers menu called "Techs." Similar to Magic and other skills in say a Final Fantasy game. However, the game designers took even this to a whole new level by adding double and triple techs that your characters could learn. The idea is that as your characters fight together they learn to unlock these special combo skills, kind of like an improved sense of camaraderie. This really helped the gameplay not turn into another button-mashing fest.

A Must Play Game

If you somehow missed this jewel or haven't played in a while, do yourself a favor and get a copy. I recommend the Nintendo DS version as several good features are included in this one - New Game +, translation updates, DS screen allows for full view mode (some of the bosses are HUGE in this game) and touch screen abilities. I can still pick this game up and run through it with pure joy in about a week. This game is full of reasons the hold the title of Greatest RPG of All Time, and I barely scratched the surface on all the goodies to behold. Thanks for reading and game on! 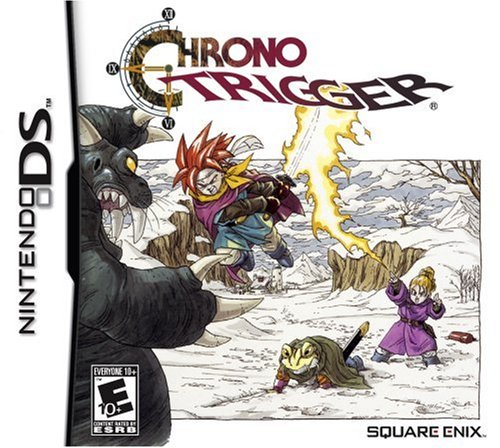