InfoBarrel is a writing platform for non-fiction, reference-based, informative content. Opinions expressed by InfoBarrel writers are their own.
InfoBarrel > Travel & Places > Places > Denmark

City Names in Denmark - Why and When

If you have ever visited Denmark then you may have wondered about the city names. What do they mean, and why do so many of them have endings like -lev, -rup or -sted?

Here you will find a description of the historical significance of the more common endings, together with a few examples.

Villages and cities with names ending on -rup are generally from the Viking Age or early medieval. These settlements are between 800 and 1200 years old, and the ending derives from the older word torp, meaning 'little settlement'. Common variations are -drup, -trup and -strup.

Originally these places were small settlements created when a group of people moved away from a larger settlement to set up on their own. The first part of the name is normally an old Norse name, or the name of a Christian saint. One explanation is that the settlers, who just left the security of the larger towns and moved into the wilds, called upon some Greater Powers to protect them. Another explanation is that they were named after the leader of the settlers.

Ballerup: Balder was one of the Asa gods of the vikings, and represents fairness and justice.

Torup: There are several places in Denmark named Torup. The name is generally explained as 'the settlement of Tori (or Toki, Thorth or similar)'.

Hellerup: A total exception from the above. Hellerup was named in 1768 after J. D. Heller, who owned the area.

This is another very common ending (also seen as -slev). The modern interpretation is 'property' or 'heritage'. It is an ending that dates back to the Iron Age, which in Denmark covers the period from 500 B.C. to 850 A.D.

Villages and cities in this group have names signifying that the area was owned by some great man (rarely a woman). The names start with either the name of the owner, or some description of him.

Siegerslev: The Victors inheritance. Some mighty warrior won a battle and the ownership of this place.

Broenderslev: A local chieftain of the Vikings called Brundur gave name to this city.

Another ending from the Iron Age. This ending means 'home', and derives from the word 'heimr' which was in use in the later years of the Iron Age. In some cases it is abbreviated to a single -m.

The first part of the name is never a person, but can be topography, plants or animals.

Dalum: Home in the valley.

Humlum: One explanation of the first part is that it is the place with humle (danish name for the plant family Humulus). Another is the old word humal meaning hill or knoll.

Gram: Home of the gray. Probably old or poor people.

The spelling of this ending is adapted to english letters. In Denmark 'oe' would be replaced by a single letter looking like an O with a slash across.

These places were originally deforested to make room for the settlements. The name often begins with the kind of trees that were removed, or the name of the one who cleared out the trees.

Roedby: Although placed first, it is still the same 'ending'. Here it means the city in the clearing.

These cities and villages are from the Viking Age. They are (or rather were) larger than the places ending with -rup. The name is typically a description of the surroundings or the inhabitants.

Karleby: City with many males, or warriors.

Once again, the proper spelling is not with 'oe' but with the special danish letter mentioned earlier.

There are a number of these cities, all of which have been granted special privileges by the king during the medieval. In fact, the work 'koebing' was often added to the original name when these privileges were obtained.

The privileges included trading and finer crafts, but also the right to collect taxes. The cities, or Market Towns, were also separate administrative entities, and answered only to their own council and the king. In 1862 the economic privileges of the Market Towns were revoked, and in 1970 their political independence.

Nykoebing: This translates to New Market Town. There are three of these, and they are distinguished by their geographic location: Nykoebing Zealand, Nykoebing Falster (island south of Zealand), and Nykoebing Mors (island in the Limfjord in Jutland). 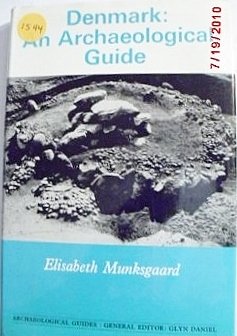 This ending is very simple: Is means 'place'. It was in common use during the greater part of the Iron Age.

Ringsted: A place where the gods were worshipped. It was also for many years the central city of Zealand.

Thisted: The town that was dedicated to the Asa god of war Tyr.

Very old ending that dates back to the Bronze Age. Cities can be more than 2000 years old. The ending was however also used in more recent ages.

The ending is applied to a noun or adjective, and means 'the place of ...'. It typically describes a local geographical feature.

Kolding: The place with a cold stream.

Herning: From the old word for a protruding hill, horn, this is the place on the hill.

This shows the chronology of the name endings used for Danish cities and villages. The exact time periods will of course vary depending on interpretation and study, and some endings were in use for longer periods than others.

There are several other typical endings for danish towns and villages, but the ones listed above are the most common.

Next >> What to See in Copenhagen