Class Guide: Choosing Which Class to Play in Blade & Soul

Blade & Soul is NCSoft's free-to-play MMO that recently made its way over from Asia, where it has been out for several years, to North America and Europe. Gamers are taking to it quickly for its unique reaction-based combat system and eye-melting graphical splendor. However, among the many conventional MMO norms that Blade & Soul tossed out the window was the MMO Holy Trinity of Tank, Healer, and Damage Dealer. Instead of choosing a class in order to fill one of those roles, players are expected to choose one of Blade & Soul's seven classes based on how they want to play the game. For those having trouble telling one class from another, here's a quick rundown.

Like its name suggests, the assassin focuses on being highly mobile with the ability to do high burst damage on single targets. As the only class in the game that can use stealth, it allows players to pick their battles and flank their enemies with ease. Unlike rogue classes in other MMOs, fully utilizing stealth is a must due to the assassin's low defense and small health pool. Players should be prepared to endure some difficult battles if they are not attentive to watching the enemy's moves so they can evade and effectively counter them.

The Blade Dancer is Blade & Soul's hybrid class that combines good mobility, AOE damage, and ranged attacks into one attractive package. By using the elemental attacks of a Force Master with the flashy sword skills of a Blade Master, players get a versatile class, but also one that lacks in high single target damage and will lose power as a battle drags on. For players that want the potential to solo a good deal of content and experience all that Blade & Soul has to offer in their own way, the Blade Dancer provides a well-rounded class to begin with while getting used to this MMO's combat system.

The Blade Master can be a formidable foe, particularly in PvP, due to their high parry and evasion rates. For players who think they would enjoy the Assassin, but want to be a little more formidable out of stealth, the Blade Master is a fine choice. However, while the Blade Master maintains consistent damage, it has low burst and only players with quick reflexes will be able to truly thrive with this class. Regardless, for those who want to competitively PvP, this is an excellent class to learn to master.

The Destroyer is the closest thing that Blade & Soul has to a tank. This class features high defense, but is by far and wide the slowest moving class in the game. They have moderately high AOE damage and can take a few smacks to the face, but have difficulty besting single targets, particularly quicker ones. For players that like to stomp around the battlefield, controlling the battle through grabs and stuns, the Destroyer may be a good option. Unlike other classes that can often be passed over for a dungeon party, Destroyers are often prized for their battlefield control and ability to soak up damage.

The Force Master is essentially Blade & Soul's mage class. Excelling in ranged attacks, putting out moderate damage on both AOE and single targets, and hosting great battlefield control much like the Destroyer, the Force Master is a formidable opponent without being too difficult to play. However, this class features very low defense and if targets aren't kept at a range or kited around, battle will be difficult. While great in a party, Force Masters can have a difficult time fighting on their own.

While the Kung-Fu Master features high single target damage, speed, and evasion, it is regarded as one of the most difficult classes to play well in Blade & Soul. Its high skill cap comes from the class's high speed, making quick reflexes and the high attention of a player to their surroundings a must in order to play a Kung-Fu Master well. However, for those who intend to PvP in Blade & Soul and want to look awesome while doing it, mastering the Kung-Fu Master is quite the achievement.

On the complete opposite end of the spectrum from the difficult to master Kung-Fu Master, the Summoner is the easiest class to play in the game. Similar to a Force Master, the Summoner wields magic in order to support allies, survive attacks, and control the battlefield. However, this class is reliant on a pet to do the majority of their skills. Designed in a super cute way, it is clear that the Summoner was put in for casual players that don't want to be competitive in Blade & Soul, but still want to enjoy the game. 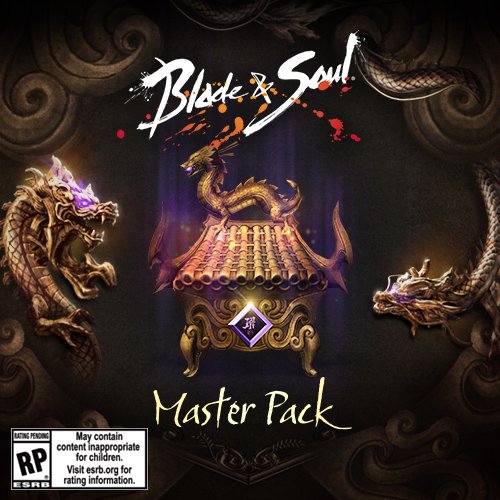