IntroductionWhich is the “better” source for electricity – coal or natural gas?  One of the major factors impacting this dispute is how prices for domestic and commercial electricity are affected by choosing one power source over another. In recent years; however, other factors have come into play, including the impact of carbon emissions produced by gas powered plants versus those produced by coal powered plants. As it turns out the question of whether coal or natural gas represents the “better” choice is not an easy one at all.Coal as “Dirty” EnergyThere is no doubt that, with the possible exception of the so-called “clean” variety, coal is a “dirty” form of fuel. The images that you may have seen that represent the rise of the Industrial Revolution often feature soot-belching power plants. Aside from the soot, like all fossil fuels, coal emits carbon dioxide when it is burned. However, the levels of carbon dioxide produced by coal are very high in general, although there is some variation among the levels of carbon emissions produced among different types of coal. For instance, sub-bituminous coal produces less carbon emissions, and is therefore considered to be a “cleaner” type of coal.The extraction process is also problematic – coal mining is a dangerous occupation. Accidents and black lung disease represent both acute and chronic risks associated with coal mining.  Coal mines themselves also disfigure the landscape if there are no efforts to repair the landscape after a spent coal mine is abandoned.Fracking and Fugitive MethaneNatural gas is considered to be a cleaner form of fossil fuel because it produces much lower levels of carbon dioxide emissions when it is burned than coal produces. However, the extraction and production is problematic environmentally. Conventional gas wells, like petroleum wells, disfigure the landscape. The refining process also demands large amounts of scarce natural resources, including water.However, an environmental hazard unique to natural gas is the process of extracting it from shale deposits. The process of hydraulic fracturing, commonly called “fracking,” has been linked with earthquakes and groundwater pollution. Fracking involves drilling deep underground to reach the shale deposits, and then breaking up the rock layers with sand, water and chemicals applied at high pressure to release the gas trapped within the shale.Another hazard associated with fracking is the large volume of waste products that are produced by the extraction of natural gas from shale, including leaks of methane gas known as fugitive methane. Methane is more than twenty times as potent as carbon dioxide in its contribution to global warming and climate change. A process known as “green completion” could greatly reduce the levels of fugitive methane that leak into the atmosphere from fracking; however, very few natural gas extraction and refinery companies employ the technique, according to a report issued by Scottish Widows in 2012 and reported in The Guardian.Reduced Production, Increased ImportationWhile production levels of electricity from both sources have been on a fairly steady decline in the UK for decades, import levels and demand have risen during the same period. For instance, coal consumption increased more than 30 percent in the UK during 2012. Electricity rates are generally higher for countries that have a high energy dependency rate. Although commercial electricity rates are lower than those paid by consumers, businesses, commercial enterprises and industry in the UK are still affected by the high level of energy dependency in the UK, for natural gas and for coal.  Unlike many countries in the European Union, Britain does not import a large amount of natural gas from Russia. As a result, Britain is not subject to the same sorts of economic pressure concerning natural gas that countries like Germany face. Instead, the UK imports the majority of its supply from Norway. The fact that Norway is  more of a “friendly” exporter than Russia, plus the fact that the UK produces some of its own natural gas, results in a somewhat lower prices for its imports.However, Britain does import a large proportion of its coal from Russia. The type that the UK imports is known as steam coal which is used to produce electricity. Nearly 90 percent of all the coal imports in 2012 were steam coal which was imported from Columbia and the United States, as well as from Russia, according to The Carbon Brief. 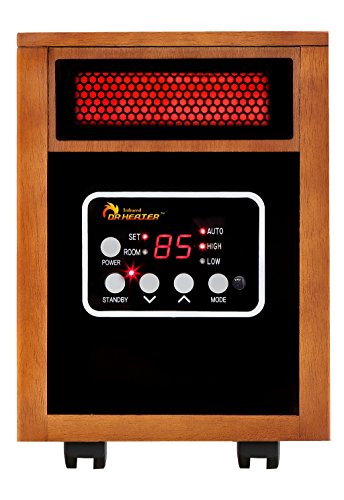