Cob is a green building material typically made of clay, sand, straw, water, and earth, similar to clay. Cob houses are fireproof, resistant to seismic actions and inexpensive. Cob construction can be used to create artistic, sculptural forms and as a consequence has been rejuvenated in recent years by sustainability movements and people interested in natural dwellings, alternative architecture and affordable housing. Cob homes use earth, straw and recyclables in green building construction. It's really not hard to learn how to build a cob house!

Are you ready to build your own cob house or cottage? This really is a building method so old and so simple it has been almost overlooked in the rush to build with synthetic materials. A cottage built with natural materials might be the ultimate expression of ecological design, a green structure so attuned to its surroundings that its creators refer with it as "an ecstatic house." Here you can find videos, instruction guides and books filled with plans, photos and advice and you should soon become confident that you can build your own cob house! 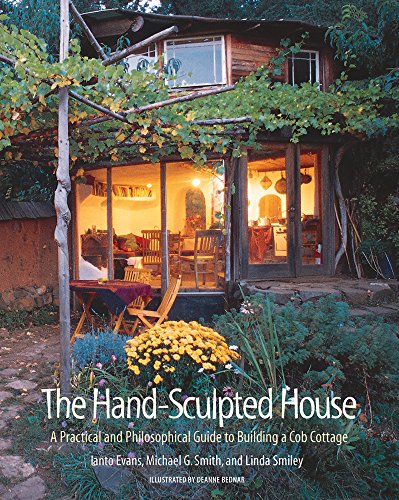 The Hand-Sculpted House: A Practical and Philosophical Guide to Building a Cob Cottage: The Real Goods Solar Living Book Amazon Price: $35.00 $19.09 Buy Now(price as of Dec 27, 2016)
The authors of the The Hand-Sculpted House: A Practical Guide to Building a Cob Cottage build a cob house the way other people create a natural garden. They use the oldest, most available components imaginable--earth, clay, sand, straw, and water--and blend them to redefine the future (and past) of building. Cob (the term comes from a great Old English root, meaning "lump") is a mixture of non-toxic, recyclable, as well as often free materials. Building with cob needs no forms, no cement, as well as no machinery of any type. Builders really sculpt their structures by hand. Building with earth is nothing new to America; the oldest structures on the continent were built with clay bricks. Adobe clays, however, have a restrictive geography, limited to the Southwest. The limits of this unique construction material are defined only by the builder's imagination. Cob provides answers regarding the role in Nature, family as well as community, regarding precisely why you feel the ways that you do, about what's missing in the lives. Cob comes as a revelation, a solution to a much more sane world. Cob has been a traditional building process for thousands of years in Europe, even in rainy and windy climates such as the British Isles, where many of these buildings still serve as family homes after many hundreds of years. The technique is newly arrived to the Americas, and, as with so many social trends, the early adopters are in the Pacific Northwest. Cob houses (or cottages, since they are nearly always fairly small by American construction standards) are certainly not only compatible with their surroundings, they tend to blend in with their surroundings, virtually rising up from the earth beneath them. They are full of light, energy-efficient, as well as cozy, with curved walls and built-in, whimsical touches. They are delightful. They are ecstatic. This is a great practical reference book if you're serious about learning how to build your own cob home and need to know how to make cob, design a cob house and develop blueprints and plans for a cob home. It's available in both hardcover and kindle editions.

Top Reasons For Choosing A Cob or Straw Bale Home 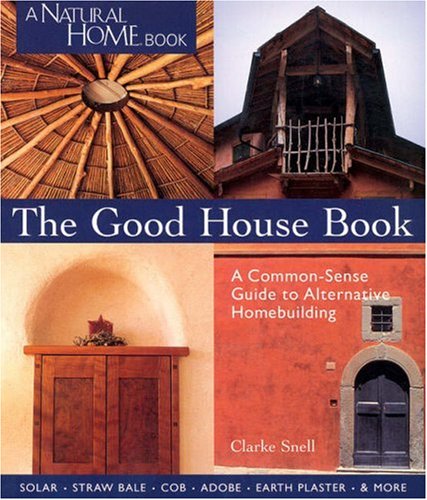 The Good House Book: A Common-Sense Guide to Alternative Homebuilding Solar * Straw Bale * Cob * Adobe * Earth Plaster * & More (A Natural Home Book) Amazon Price: $19.95 $18.43 Buy Now(price as of Dec 27, 2016)
If you want to create a dwelling that's both ecologically sustainable and attractive, Natural Home magazine is the place to go. This exquisitely illustrated guide, is packed with 400 photos and illustrations to help you put environmentally friendly ideas into beautiful practice. Here's an intelligent look at how a home is supposed to function and a variety of different building approaches. What's important is finding the right solution to fit your individual needs, local climate, and natural resources. Topics covered include choosing a site; selecting materials; building with straw bale, cob, adobe, or rammed earth; and plugging into alternative home power systems. Interviews with homeowners and photos of their dream homes provide invaluable insights.

How To Mix Cob 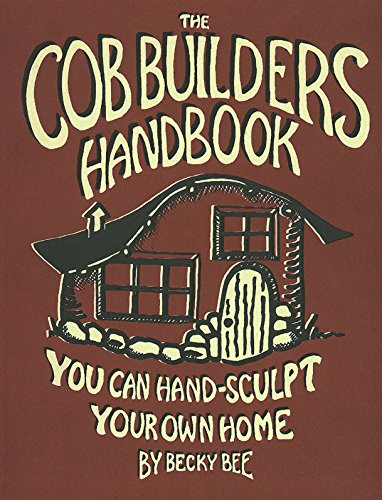 The Cob Builders Handbook: You Can Hand-Sculpt Your Own Home, 3rd Edition Amazon Price: $23.95 $12.58 Buy Now(price as of Dec 27, 2016)
Cob is a mixture of clay, sand, straw as well as water. For 1000's of years it was used as a sturdy, enduring, environmentally friendly, ecological as well as versatile construction material. Much of the world's population live in cob houses and many thousands are found across the United Kingdom. Old cob and clay-lump houses are spread throughout East Anglia where we are based, especially Norfolk and Suffolk and tend to be still standing strong. The cob mixture can be tailored to suit your local area and available building materials. Rice straw for instance is more prevalent in usage in Asia. Cob building makes complete sense on every level - environmentally, aesthetically, practically and economically. I'd love to see as many people as possible to create their own cob house or cob building and if they don't fancy getting their hands dirty themselves there are a number of organizations that can help. For a practical how to guide on building your own cob home, this handbook is an excellent source of information on how to do it right.

Cob house building is slow - you have to wait many days for each lift to dry before the upcoming is added. 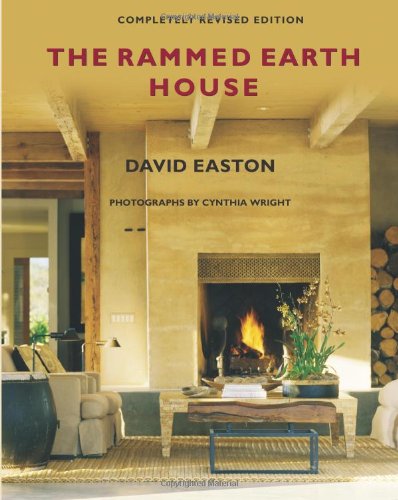 The Rammed Earth House Amazon Price: $181.02 Buy Now(price as of Dec 27, 2016)
Besides building with cob, there are many other economical, though labor intensive, ways to build your own home. Several of the most energy efficient and affordable methods include building a rammed earth home, straw bale construction and earthbag building.

Cob Homes Around The World

Cob structures can be found in a range of climates all over the globe; In the UK it is strongly associated with the southern counties of Devon and Cornwall in the West Country; the Vale of Glamorgan as well as Gower Peninsula in Wales; Donegal Bay in Ulster as well as Munster, South-West Ireland; In Finisterre, Brittany, many homes have survived over 500 many years as well as continue to be inhabited. Many old cob buildings can be found in Africa, the Middle East and a couple parts of the east of the United States. A number of old cottages survive from mid-19th century in New Zealand too. Cob is a great historic building material, that can have been used for construction since prehistoric times. A couple of the oldest man-made structures in Afghanistan are made up of rammed soil, clays and cob. Cobwork (tabya) was utilized in the Maghreb and al-Andalus in the 11th and 12th centuries and was described in detail by Ibn Khaldun in the 14th century. 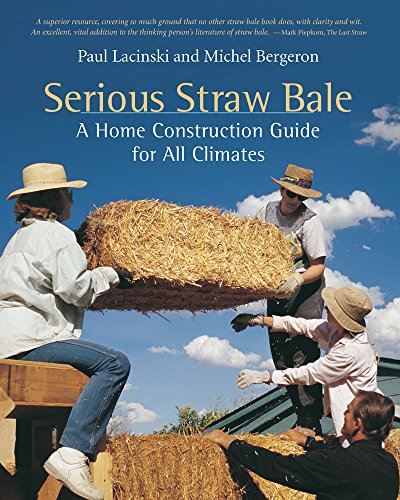