Collateral Management & Segregation 101: Before and After The Credit Crisis

Collateral is simply any asset with a predefined value that is pledged, as security, against a loan or trade in the event of a default on the terms of the transaction by the borrowing party.  Collateral can take many forms, including (but not limited to): cash, government securities, mortgage backed securities, corporate bonds, commercial paper, letters of credit, guarantees, equities, covered bonds, real estate, metals, and commodities.  In the modern banking industry, at the time of writing this article, the predominant form of collateral is cash (83%) and government securities (14%) due to the ease of valuation and high liquidity, and is primarily used as bi-lateral insurance in OTC transactions.  If the terms of the loan are satisfied, the collateral is returned to the borrower upon the loan being closed out.  If a party defaults on the terms of the loan, the collateral is then used to satisfy any remaining obligation to the lending party.

There are two sides of the market that deal in the collateral management space. The buy-side, comprised of hedge funds, private equity, mutual funds, insurance firms, venture capital firms, and other institutions that buy investment services as their main business objectives.  The second is the sell-side, comprised of mainly banks, broker-dealers, and other institutions that sell the investment services to the buy-side asset management and other firms.   Collateral Management started in the industry about 30 years ago.  In the 1980's, Solomon Brothers and Bankers Trust were the first to take collateral against credit exposure in an attempt to mitigate risk.  At the time, however, collateral management was seen as a "back-office" task, without the need for much attention.  There was no legal standards surrounding the process nor virtually any regulation to facilitate the terms of the agreements.  Those institutions who did find themselves with a need for a collateral management process used spreadsheets and other manual methods to keep track of books and records.

In the 1990's, collateral management further developed due to market demand.  The collateralization of derivatives become a larger widespread process as an intermediate market for derivatives emerged and the overall use of leveraging increased, creating growing concerns over credit exposure and counterparty risk.  During the decade, there were more complex deals that arose between trading parties in an attempt to find yield and alternatives to other securities in the market.  UBS and J.P. Morgan both created synthetic securitization structures, titled Glacier and Bistro, respectively, as new products for credit risk to be transferred or sold.  Many institutions followed suit by creating these synthetic securities and were sold to investors willing to pay.  Due to the increased market for credit exposure, the International Swaps and Derivatives Association, a trade organization for participants in the market for OTC derivatives, created the first documents to oversee OTC derivatives collateral that furthered the structure in an unorganised market, though it was not enough.

At the turn of the century, collateral management started to take form.  The process greatly evolved with heightened counterparty risk brought on by the growing derivatives market.  From 2004 to 2012, the notional amount outstanding of derivative contracts grew seven fold from $220 trillion to an estimated $1.5 quadrillion.  This increase was mostly due to hedge funds and other alternative investment funds using the OTC securities as a main investment strategy or to bet again (or hedge) a certain direction in their portfolio.  In 2003, a decade after ISDA created the first documents surrounding OTC derivatives, the organization created new credit derivative definitions that allowed for dealers to begin trading according to standardized practices beyond those adapted for other OTC derivative transactions.  Towards the second half of the decade, the collateral management environment had evolved into a complex process with interrelated functions and various parties, and was growing exponentially.

Looking further into the over-the-counter market itself, one of the prime members to utilize the market in day-to-day trading are hedge funds.  Hedge funds trade via the OTC market for two reasons. First, they have a fund based on a Relative Value Fixed Income Strategy.  This strategy is based on fixed income securities, such as bonds, that are traded bilaterally in the OTC market without the need for an exchange.  Because of the need to use securities that require collateral for trades, the RVFI strategy is very dependent on excess collateral to cover margin calls required for the fluctuation of underlying assets.   The strategy also is dependent on derivatives such as interest rate swaps, futures, and other contracts that are traded in the OTC market.  The second reason hedge funds would use the OTC market is because they are hedging another position, a method that is used quite frequently throughout the industry to limit the loss incurred by another open position.

Upon the arrival of the 2000's, the collateral management process found itself in a very mature and developed collateral environment.  However, in 2007, an event occurred that made the industry question the ability to manage that environment.  The housing bubble that peaked the previous year ultimately burst.  Every financial instrument that was tied to home prices plummeted (with the exception of those that were short), causing a credit crisis and sent shockwaves throughout the world economy.  Hedge funds, among other institutions, lost billions due to credit exposure and the subsequent lack of liquidity in an overleveraged market.   As a result of the credit crisis and failure of so many collateral deals, counterparty risk was finally exposed as not having proper management behind the process.  US bank counterparty losses, due to default of counterparties and not trading loss, increased significantly from 2007 through 2011 (2007 of $138 million to $1.8 billion in 2011).

In 2010, the Dodd-Frank Wall Street Reform and Consumer Protection Act (known as Dodd-Frank for short) was signed into law in July.  The legislation brought change into the financial regulatory environment that affected all federal financial regulatory agencies and just about every part of the nation's financial service industry.  For collateral management, it created regulation surrounding counterparty risk focusing on controlling credit exposure with diversification, netting, collateralization and hedging.  Although the legislation was signed in 2010, Dodd-Frank is still being implemented across all markets and will continue to do so over the coming years.

Regulatory changes from Dodd-Frank began driving market forces and imposing stricter limits on eligible collateral along with increase capital and liquidity requirements, which meant a significant increase in requirements for eligible collateral for both buy-side and sell-side institutions.  It is estimated that the increased demand for eligible collateral has caused a shortfall between $1.4 and $2.5 trillion, which would cause a significant liquidity and funding constraint upon another market crisis.  On top of this, ISDA estimates that an additional $10.2 trillion in additional collateral would be needed for peak collateral requirements in stressed markets.  Therefore, it is evident that the collateral management environment is in need of future develops to assist market participants.

The collateral landscape has gone through signifcant change over the past two decades.  New financial products, market crisis, regultory reform, and new players in the market have contributed to iterations of change.  What will always remain true through each of these changes is the need for collateral management.  It will inevitably grow larger, becoming more complex each year, as the market remain dependent on it's existence to help grow economies of the world. 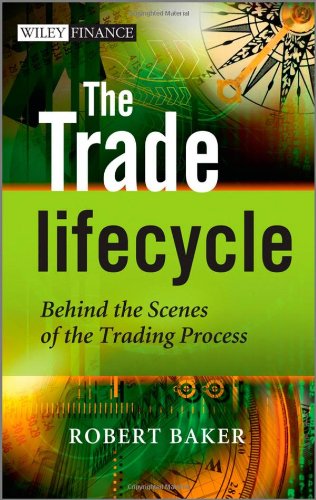 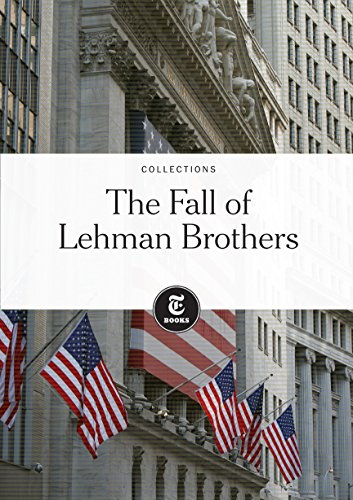 The Fall of Lehman Brothers Amazon Price: Buy Now(price as of Jun 17, 2015)
Next >> 9 Cracking Good Reasons To Use Your Credit Card Instead Of Cash