Collectible Vinyl Record Value Guide: How Much Are Old Records Worth?

One of the most disputed things about collectable records is determining a value. As in all collectables, condition is everything. To establish a common base for a vinyl record value guide, the industry adopted the Goldmine record grading system as the base. This is similar to the system American Numismatic Association adopted for grading coins. Record grades are from Mint (M), Near Mint (NM), Very Good + (VG+) or Excellent (E), Very Good (VG), Good (G) or Good Plus (G+) and Poor (P) or Fair (F). Goldmine magazine and catalog gives a more complete record condition.

Even so, buyers and sellers dispute the value of their vinyl records. Collectors see their collection as valuable vinyl records. As in all collectables, fraud exists and a buyer should be knowledgeable about the records being bought or sold. 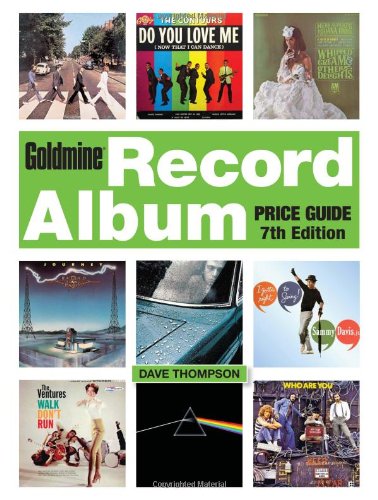 If a record is popular, a lot were sold. This means there is probably more in the market, which makes them less valuable. Most popular records sell in the ten dollar range. A vinyl record value guide will give approximate prices for these records as well as the rarer records. If they are advertised as factory sealed they may bring more. However, records can be resealed to look authentic. As with any collectable, buyer beware.

Rarity is one of the reasons for a high collectable record value. The first album of a performer may not be a best seller. Later that performer may become extremely popular, and fans and collectors want their earlier records. The Goldmine magazine and catalog document record prices and sales.

Bob Dylan’s first album, Bob Dylan, sold about 2500 copies. The album lists the song, You’re No Good, on the cover and the label lists it as She’s No Good. Goldmine lists the record to be valued at $500.00 in mint condition.

The Beatles Yesterday and Today Cover

Some album covers are as important, or more important, than the album. An example is the Beatles Yesterday and Today album. Capitol records issued it with the butcher cover which showed the Beatles dressed in white butcher coats with raw meat and dismembered dolls. The album was in store about a day before the company pulled the album and pasted a picture of the Beatles with a trunk on the album. The albums bought in stores without the second photo are known as “first state” butcher covers. The covers recalled and pasted with the trunk photograph are known as “second state” or “pasteover” albums. Some customers bought the album before it was recalled, and some bought the pasted on version. If the pasted version can have the picture peeled to reveal the original without damage to the jacket, it is also collectable. A Capitol executive, Alan Livingston, kept some of the albums for his private collection. They are known as the Livingston albums and command premium prices.

A rarely played album bought at Sears and Roebuck was appraised on Antiques Roadshow in 2003 in excellent condition for $10,000 to 12,000 dollars.

Some Recent 2013 Yesterday and Today Sales:

Beatles vinyl record value depends on the record like any other record. A vinyl price guide is the way to acess the value.

Beastie Boys Licensed to Ill. Record has few scratches, but plays without skips. Cover has small writing on front. $11.10

Led Zeppelin III Do What Thou Wilt etched on both sides Rare G+ sleeve and vinyl $15.50

The Black Crows Amorica, Vinyl and jacket in NM condition. $102.00

The Black Crows Amorica, Vinyl and jacket in EX condition. $119.99.

Pink Floyd The Wall. This record had wear and scuff marks, but played without skipping. 18.05

Pink Floyd Dark Side of the Moon. The vinyl, cover and posters are in NM condition. $44.45

Alexisonfire Dog’s Blood tour green vinyl, only 700 made and this was unplayed $50.00

John Coltrane Blue Train 1958 mono Blue Note early pressing. This is the first album with John Coltrane as leader. Record grading was good with visible and audible scuffs. The cover was between very good to excellent. $663.00

Dave Brubeck Time Out Vinyl VG Jacket VG++ This album was the first jazz album to sell over a million copies. That makes it common and not as valuable to collectors unless it’s in pristine condition. $10.49

Sonny Clark Cool Struttin’ Blue Note LP 1588 mono. The monaural is rarer than the stereo. Both record and jacket listed in nice condition. $930.00

Bill Evans Trio Sunday At The Village Vanguard. This is regarded as one of the great live jazz recordings. It was part of a two record set recorded at the Village Vanguard club on June 21, 1961. The record and sleeve graded VG+. $192.50.

78 rpm records are often in rough condition. Collectors are interested in them for historical or cultural reasons as well as the music. The are generally older, but some 78s were made as demo singles even after the LP had generally replaced them.

Lee Morse and Her Bluegrass Boys. 78 rpm made in England. Has scratches and some wear. $4.25.

Bull Moose Jackson and His Orchestra. 78 rpm has scratches and some wear. $4.25.

These are a few random selections of recent record sales. These sales represent the range of prices for different records, and their collector’s value. Acquiring collectable vinyl records is a fun and rewarding hobby.