Great Coin to Come Across in a Bank Roll

1972 Lincoln Cent Will be Cash in Any Grade

Collecting modern day United States Lincoln Cents with errors is a hobby that can turn a pretty profit, if you know what your looking for. A handful of cents can be turned into a handful of dollars if you just have one coin that contains the right sought after mistake from the mint.

Finding these coins isn't such a hard task considering the mine you'll be digging in is your local bank. The ore is totally free. All you have to do is sift through it to find the bits of treasure that lie within. Take the time needed to find the right coin and you could discover a nice little windfall.

I'm going to list out a few of the major varieties that can be cherry picked right out of bank rolls you can get for free at the bank. They're free because if you don't find any profitable coins then you still have the money you invested to get the rolls. Nothing shows up, get more new rolls.

A little hint, I've found that after a few trips to any bank without any good finds, maybe you need a new bank. Someone in the bank may just be a collector themselves.

I'm going to keep this article to only the modern day Lincoln Cent. That means post 1958. Anything older then that is a wheat back cent and already a profit coin worth more then double what you paid for it and possibly thousands for the right wheat cent.

Now all the cents after 1958 had what is known as the memorial reverse. This is because the back of the coin depicts an artists rendition of the Lincoln Memorial. These coins have many specific mint errors that are sought after by collectors world wide.

One year that collectors seek is 1972, with a strong doubled obverse. Visible to the naked eye the date as well as all major features on the front of the coin can be seen twice with the naked eye. Under magnification it becomes extremely clear that this is a mint error and highly valued in uncirculated condition. Today's values are around $400.00 US for this coin.

Another well known error that can be sold fast is the 1983 Lincoln cent with a doubled reverse. This coin has all the letters doubled on the reverse and is another coin that can bring several hundred dollars on eBay with collectors today.

1984 has Lincoln's ear showing a doubled die strike with a clear second outline of the president's ear. This coin has remained strong in price and carries an extra premium in pristine condition.

There is a 1969-S cent worth thousands which also has a doubled obverse, the date and legends on this variety show strong doubling.

Now that I have you intrigued with the possibility of a treasure hunt, it's time to let you in on how I found out this info where you can get the prices of all your error coin finds.

There are quite a few listings on the Lincoln Cents that are a bit more common and easier to find. They are a profit at two cents so even the minor errors can double your money. Again, how can you lose? There was only an investment in time.

Error coin collecting has been a blast of a hobby and a profitable adventure in treasure hunting for me. Just thought I'd share.

This is a short guide to picking US coins from bank rolls and pocket change.

It's a quick way to make a buck with zero risk. 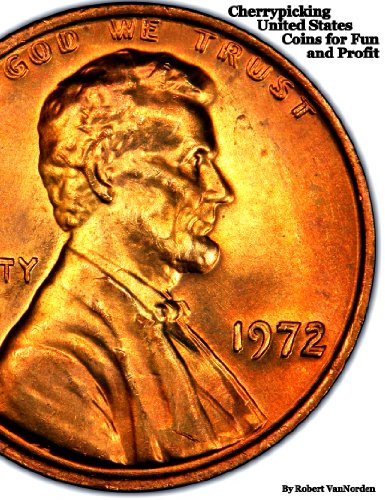 Cherry Picking United States Coins For Fun And Profit Amazon Price: Buy Now(price as of May 25, 2016)
Ton's of insight to cherry picking US pocket coins for errors, and searching bank rolls for hidden treasures.

This is the cherry pickers bible

Don't leave home without it.

Cherrypickers' Guide to Rare Die Varieties of United States Coins: Volume II (Official Whitman Guidebooks) Amazon Price: $39.95 $21.28 Buy Now(price as of May 25, 2016)
A comprehensive guide to all known United States error coins along with an up to date value guide to help find out exactly what that mistake is worth.
Next >> How to Become a Certified Skydiver