Hi, I am Hannie Mommers, a graphic designer and visual artist living in the Netherlands. Thanks for reading my articles. If you want to know more about me, visit my facebookpage or my one-photo-a-day-website.Download my free e-book 20 tips "How to get the most out of a visit to the museum". You can write your own articles for InfoBarrel too. Join us! Â
InfoBarrel is a writing platform for non-fiction, reference-based, informative content. Opinions expressed by InfoBarrel writers are their own.
InfoBarrel > Entertainment > Art & Design

Teacher of the Bauhaus

At the Academy for Visual Arts in Holland, as a student, I learned the color theory of Johannes Itten and I became a huge fan of Bauhaus. Lots of famous artists have been teachers at the Bauhaus, like Piet Mondriaan and Ludwig Mies van der Rohe. And Johannes Itten who developed a theory with a color wheel. With this wheel we learned to mix pigments and oxides to use in paintings and on statues.

It wasn’t until I started as a teacher myself that I realized it was only one way of mixing colors - the subtractive way. The technically schooled boys in my class had learned about television screens that use the additive way of colormixing. The result was confusion on their part, but also on mine, because I couldn't understand why they kept mixing up the primary and secondary colors.

Well, we have a saying over here: want to learn something well and quick, go teach the subject. It's true. And by the way, blogging about that subject has the same result! 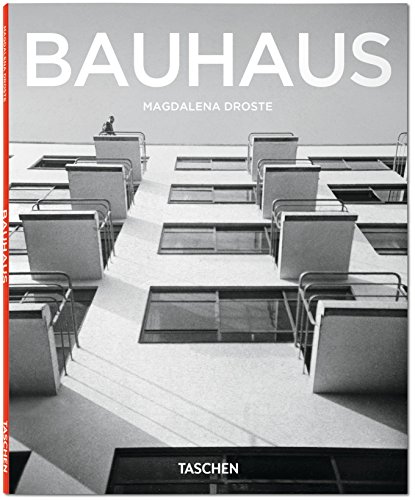 Bauhaus Amazon Price: $9.99 $9.00 Buy Now(price as of Jul 6, 2016)
The Bauhaus was a college for artists and architects. The program focused on practical and theoretical training. The aim was to develop a sense of form and coloration in both students and teachers.

In science and art

In the 19th and 20th century several people have developed a color theory, even Goethe, the German writer. Most theories are based on the subtractive method. Logical, there were no televisions and monitors in those days.

Subtractive means that the more pigments you mix, the more sunlight is absorbed (subtracted) and the darker the color becomes.

From Johannes Itten’s circle, the following can be read:• the primary colors red, yellow and blue in the triangle in the middle; • the secondary colors orange, green and purple, these hues are a mixture of each primary pair - red+yellow = orange - yellow+blue = green - blue+red = purple; • the tertiary colors, that are a mixture of a primary and a secondary tint; • complementary colors, those mixed together will make an almost black shade. They reinforce each other the most. On the colorwheel they are opposite each other - yellow–purple - blue–orange - red–green; • the light and dark colors, with the strongest contrast between yellow as lightest and purple as darkest hue. 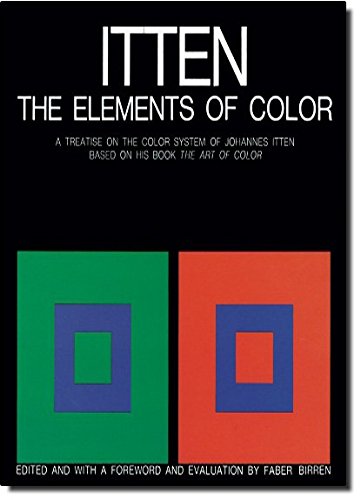 The Elements of Color: A Treatise on the Color System of Johannes Itten Based on His Book the Art of Color Amazon Price: $56.45 Buy Now(price as of Jul 6, 2016)
This is the smaller version of the book I own. If you want to know more about colors it is a must-have. All the different aspects are very well explained and because of the examples you see right away what's it all about.

Oil paint, gouache, printing ink and toner cartridges are all based on the subtractive methods of color mixing. But the shades will differ slightly because they all use a different medium: linseed oil, gum arabic, egg.

The medium of ink is artificial. That’s why printers do not have blue and red as the primary colors, but cyan and magenta. Even the yellow has a slightly different tone in oil paint or ink.

Almost every color can be made of mixing percentages of cyan, magenta and yellow. Mixed in even quantities those three colors will make a brownish black. For a beautiful deep black a fourth cartridge is needed – black. It’s called the key color, hence the abbreviation CMYK: cyan, magenta, yellow, key.

Mixing colored light is called the additive method. The primary colors are Red, Green and Blue (RGB). This is the colorsystem used in television and computer screens. Mixing all colors – adding them – in even quantities will make white. (By the way, that’s another reason to call Black in the CMYK-system Key, otherwise there would be confusion with the B of Blue in the RGB-system.)

As you can see in the picture above the primary colors of CMYK are more or less similar to the secondary ones of RGB and vice versa.

Knowledge about these two systems can help you when editing pictures in for example Adobe Photoshop. I’ll show you in "How to improve the Color Quality of your printed Pictures"

More than one theory

You can learn from everything 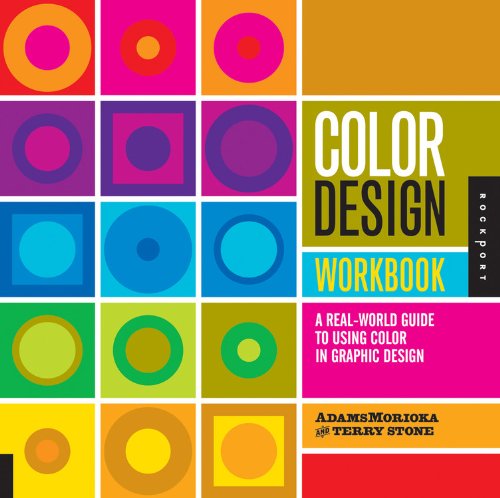 Color Design Workbook: A Real World Guide to Using Color in Graphic Design Amazon Price: $25.00 $3.49 Buy Now(price as of Jul 6, 2016)
I always like to study more than one point of view. No matter how big my admiration for Itten is, there are more meritorious investigations.
Next >> You Say You Want a Revolution? Records and Rebels 1966-1970 - Exhibition at London's V&A Museum