If you compare gas and electricity news reports coming out from the various journalistic agencies, it will soon become apparent that there are conflicting messages to both fear the coming energy crunch and hail the surprise of new fuel suddenly found. Which to believe?People are frantically shopping around to compare gas and electricity rates in anxious attempts to maintain the simple household comforts of basic heating, cooling and cooking. Yet, just as announcements are once again shouting out that energy prices are preparing to shoot further up into the stratosphere, resulting in fuel bills that could hit a mind-numbing £2,000, a funny thing is happening to give pause to the panic. Word is arising from numerous sources that the energy outlook may not be as bad as was thought, after all. Some reports are painting a far rosier picture that could allow Britons to heave a sigh of relief, as they gingerly pat their wallets and cautiously turn on their boilers in hope of a reprieve from oppressive rates. Fresh information coming out from across the globe indicate that such reprieve may not only be be indeed arriving, but arriving even faster and in greater amounts than previously anticipated.The news is a major game-changer.Surprise!In late June, Ministers divulged jaw-dropping findings from a new British Geological Survey that point not to scarcity, but its polar opposite, in the form of massively abundant shale resources. It appears that there is an immense warehouse of gas stretching out under the area of eleven counties of central and northern England, and it’s all quietly and patiently waiting underneath the surface to be tapped.If only one-tenth of that resource is leveraged, it would be sufficient to serve the UK’s energy needs for the next four decades. These estimates don’t even take into consideration the amount of shale gas that might also be tucked beneath other areas of the UK, which could be treasure troves of additional resources.“Please sir; more fuel?” may never need be spoken in the UK again.Sweet IncentivesIn addition to the copious bounty thus far discovered, UK Ministers also introduced a package of incentives wherein communities would benefit to the tune of £100,000 per each gas harvesting well installed, and continue to earn a sweet one percent of revenues upon the start of production. (One percent of revenues may not sound like much, until you begin to consider the maths of the proposed endeavor.)This news comes none too soon, particularly when Britain stands poised on the doorstep of a power crunch that could snuff out the lights across the UK in the next couple of years, should no surprise solution quickly make itself known.Luckily for the UK, the miracle has been uncovered.Concerns About FrackingWhile very real concerns regarding hydraulic fracturing merit consideration, the newly confirmed, wide availability of gas within UK soil makes the topic worthy of earnest conversation, rather than a squelching through a dismissive tribulation. Ministers assured that new guidelines would be put into place to oversee and manage the approval process of setting up the hydraulic fracturing process in order to bring more energy more quickly to more people.  The shale gas industry and the Environmental Agency are committed to working together to streamline the initiating processes as much as possible. These efforts will reduce bureaucratic red tape delays, and dramatically hasten the process required to prepare and execute all the paperwork and permits required to install a well. Instead of taking several months to get the ball rolling, wells could get the all-clear for construction in as little as a couple of weeks, bringing the much anticipated fuel to consumers that much faster. It also would be of immense help, to both residents and workers trying to make more domestic fuel available to the UK, for all parties to become more involved in the process as a team effort. The more residents that participate in interactions with the organization representing the onshore oil and gas industry, called the UK Onshore Operators Group, the more progress can be made that is, by its own nature of public discussion, transparent and accountable. Approaching the problem of how best to retrieve a treasure intended for the good of Britons is a matter most effectively managed when people work together to achieve mutually beneficial ends.So CloseIn the short term, it’s still a good idea to continue to compare gas and electricity rates, and make the best choices you can in the immediate market. But as you fuel up your home, you’ll no longer need to fuel the fear that blackouts are imminent. Celebrate this fantastic finding by pulling out those dusty vacation brochures you had stored, because soon, you just may be able to afford that holiday, after all. 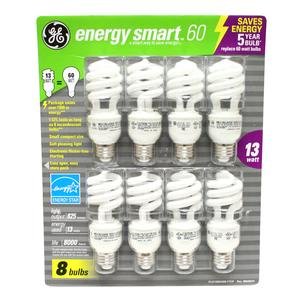