There are many insurance companies operating in the UK, which can make it difficult to compare life and critical illness cover options. Many people decide to choose a long-established company rather than one of the newer entrants to the market because of their long-term presence and more extensive experience in the field.Some of the major long-established insurance companies for life cover and bundled life and critical illness cover in the UK are described below in alphabetical order. If you use a comparison site such as uSwitch.com these companies are often among the most likely to appear on the results page as providing the best cover options.Ageas

Ageas is a multinational company based in Brussels, Belgium and in Utrecht in the Netherlands. It was founded in 1824 in Belgium as AG Insurance (Assurances Générales) and merged in 1990 with a Netherlands company to form Fortis. In April 2010, after major restructuring during the financial crisis, the name was changed to Ageas.Ageas operates in 14 countries and was formerly known as Fortis Holding. It employs over 6,000 people in Great Britian and serves over eight million policy-holders here.The company offers flexible plans that include life, critical illness, income protection, unemployment, and family income protection.Aviva

Aviva has been operating in the UK since 1797 and has 62 regional offices plus offices throughout Europe. With 43 million customers, Aviva claims to be the largest insurance company operating there.Aviva offers a full range of life insurance policies, including life insurance with a pay-out option, critical illness cover and whole of life insurance.Legal and General

The Legal and General Group is a multinational company with headquarters in London. It began operating in 1836 as the New Law Life Assurance Society. (Assurance covers against death, while insurance covers everything else.)Legal and General's life assurance policies come with terminal illness cover as standard, which means you can be paid on diagnosis of a terminal illness rather than death. You can also add critical illness cover.LV=LV= began operating as the 'Liverpool Independent Legal Victoria Burial Society' in 1843, and is now one of the largest friendly societies in the UK, with over 5,000,000 members and customers. The company employs over 5,700 people in 17 offices across the country. LV='s critical illnesses policy currently covers 59 conditions, and this can be bundled with life insurance. Children's cover is included at no extra cost.Prudential

Prudential is one of a large international group of companies handling insurance and other financial services in the GB, US and Asia. Prudential's headquarters are in London, where it was founded in 1848 as the Prudential Mutual Assurance Investment and Loan Association.The company is a leader in the insurance business and boasts over 24 million customers world-wide, including about seven million in the UK.Prudential's critical illness plan currently includes 160 conditions, which is around triple the number covered by most other providers.Scottish ProvidentScottish Provident began operating in 1837 when it became the eighth life assurance office in Edinburgh. In 1992 Scottish Provident became part of Abbey National, and is part of the Royal London Group of companies. It offers a range of life and critical illness insurance options.ZurichThe predecessors of Zurich Insurance Group Ltd. began operating in 1872, when they focused on marine insurance. Today the group is one of the largest global organisations providing insurance. Its headquarters are in Zurich, Switzerland, but it has a presence in over 170 countries and employs over 60,000 people. As well as providing insurance and other financial services, Zurich also supports community organisations and charities as part of their social responsibility ethos.Zurich provides life insurance, and its critical illness protection covers children at no extra cost.The major insurance companies are all experienced in the business of providing insurance cover for people from all walks of life. If you choose to insure with one of the major companies you can be reassured that you are in the hands of experienced professionals, with in most cases close to 200 years of experience. Choosing the best option between them can be difficult, but comparison websites such as uSwitch.com can make it much easier to compare life and critical illness cover offered by these and other major companies. You can also apply online via these sites and get the same, or better, deals than you would if you go direct to the company. 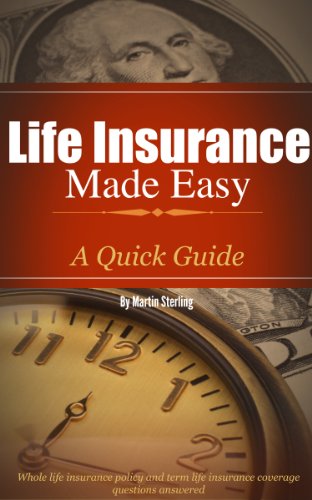