The First thing of importance in home gardening is ensuring that your soil is healthy, and is such that conditions exist in which it is favorable for seeds to grow. The second thing of importance in home gardening is that you never use any seed that came from Monsanto, the genetically modified frankenfood variety of seed should be spat on, and flushed down a toilet, where it will pose less of a threat to our world, and cause fewer poor farmers in India to commit horrific suicide by drinking Monsanto pesticides. For more on why you should never support Monsanto, the most vile corporation in the entire world, in my not very humble opinion, just search the web.

Things You Will Need

Generally speaking, compost for a small home garden consists of things that typically would otherwise be thrown into the garbage. Think of coffee grounds, tea grounds, pecan shells, peanut shells, egg shells, all of these things are excellent compost for a home garden. Often there will be a smattering of any or all of these materials produced daily in the home. If such is not taken directly and put onto the garden throughout the year, then the other option is to have a compost bucket, bin, or barrel to put these excellent soil fertilizing wastes in.I do use a compost bin, but for the most part, with the small organic compost ideas listed above, I take them to the garden and throw them on the soil whenever they are produced, and I'm done with it.

Let's talk about serious compost though, and large quantities of it. Maybe you don't have access to these things like I do, but if you do not - then I'm willing to bet that few people will mind were you of a mind to go round them up. You might, however, ask permission first.What am I talking about? POOP! Yes, you read that correctly. I'm talking about poop, manure, whatever you wish to call it. Poop is like gold in your garden, so long as it is the poor of an herbivore. Manure from any carnivorous creature should never be put into the garden as compost, or anything else. Hopefully this next statement has never been considered, but here it is: Human waste should never, ever be used in the garden for compost, or anything else. I do not care if you are a herbivore.So what is an herbivore? Simply put, and herbivore is an animal that eats only vegetation, and not meat. Your primary herbivores that you want to used the manure of for garden compost are Chickens, Cows, and Horses.Chicken manure might well be the preferred manure for compost, but it's also the most difficult to actually collect, and apply to the garden for the obvious reasons that it is both very small, and very scattered. Even I do not often get motivated enough to round up chicken manure for my wonderful family garden. So why even mention it? Because it's the best of the three I will list.For horse or cow manure, however, you simply need a flat blade shovel, or even a garden shovel, a wheel barrow, and a garden hoe. The idea is to traverse a cow or horse pasture or feeding ground with the wheel barrow, and used the garden hoe to scoop the manure into the garden shovel or snow shovel, and then onward into the wheel barrow. To transfer it to the garden, use logic, or a reverse demonstration of the gathering technique. I'm willing to bet that you can figure it out on your own.

Another great thing that can be used for garden compost that often would otherwise be used as garbage is common newspaper. Not only is newspaper great garden compost, as even the ink is soy based, it can also save you a lot of work in the arena of weed killing. Let me explain:Take your newspaper, not the shiny slick circulars or inserts, but the actual paper, and spread it out on your garden where weeds have started growing, and completely cover the weeds with the spread out paper. You can double or even triple ply the newspaper, and use large rocks, or as I do, bricks, to hold the paper down. The newspaper will deteriorate as wood pulp and soy based ink into the garden in a surprisingly short time. Should you add compost from the house, and especially should you add manure as compost on top of the newspaper, then the newspaper will deteriorate much quicker, whilst at the same time killing the weeds, as it's blocked out sunlight.

I hope these simple ideas presented here will prove to be useful to someone. Should your garden do poorly on a continued basis, then you should have a soil sample taken and analyzed by your county extension agent to determine if perhaps the soil is too acidic, or too alkaline.

Never throw old meat into a garden. This simply will not due, and is not the thing to do.

I do own one of these, and I think it is terrific. 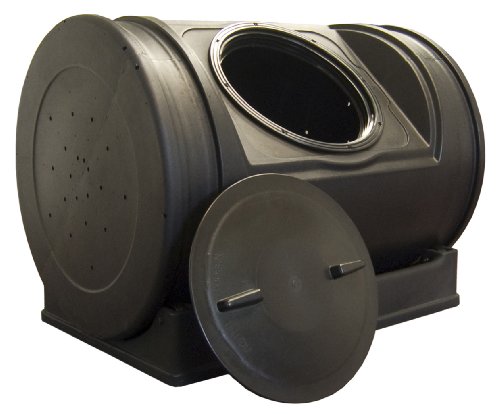