InfoBarrel is a writing platform for non-fiction, reference-based, informative content. Opinions expressed by InfoBarrel writers are their own.
InfoBarrel > Lifestyle > Education > College & University

This generation has often been referred to as the “Me Generation” and has been characterized by many things but perhaps most alarming among these is the recent plunge in our college student’s academic performance. Many assume that our young men and women’s poor academic accolades is simply another side effect of the “Me Generation’s” laziness and general inability to do anything for themselves; however, this may not be the case. As student’s grades and test scores have declined dramatically, we have seen the same correlation with their reported self-esteem. In a world full of movie stars, celebrities, and models, it probably isn’t shocking for too many to hear that our children may have some self-esteem issues, but its effect on their education may be harder to swallow. Many factors play into this dilapidation of learning and it is important that we save this flailing system in order to redeem the future that is so irrevocably tied to it.

Some would doubt that self-esteem is linked to coursework performance at all, they’ll cite that quiet boy or girl who always kept their head down at school and still managed to get good grades, but the evidence is truly undeniable. Low self-esteem catches you in a deadly cycle. Students with confidence levels derived from high self-esteem were more likely to test their limits and choose more difficult goals than their low self-esteem counterparts. This leads to even lower self-esteem in students as they watch their peers, who are oftentimes at an equal skill capacity as they are, aspire for something higher, further degrading their sense of value and in turn leading to continued subpar academic performance [7]. This could be part of the explanation for the general high self-esteem located in various honors and accelerated programs in college campuses across the United States. Honors students average both significantly better grade point averages and test scores than other, traditional students and with this, self-esteem seems to become almost a motivational factor, constantly driving them to succeed [1]. Again, some would argue that admission into Honors programs and the subsequent academic success that inevitably follows has everything to do with competency and nothing to do with self-esteem. These people are confusing self-esteem with self-efficacy. Self-efficacy is how well one judges their own aptitude in a particular realm or field whilst self-esteem is simply a general evaluation of a student’s feeling of self-worth. The two terms are not, by any means, exchangeable and represent two very distinct portions of the human psyche. It is true that self-efficacy is important to help achieve one’s goals but studies have shown that students who distribute high degrees of confidence in their ability to do something, still do poorly in class room settings if that high self-efficacy is combined with low self-esteem [7].

Obviously, in some part self-esteem is due to hormonal changes and uncontrollable variables; however, external factors are a huge cause for the decrease of self-esteem in this most recent generation of students. With the advent of television, movies, and the internet, young Americans are constantly and consistently comparing themselves to the “perfect” features of their favorite stars and celebrities not realizing that their faces and bodies are just as counterfeit as the scenarios they are put in. This leads to an unrealistic vision of body image that can then translate to feelings of inadequacy and self-degradation. 80% of children at the age of ten report that they are afraid of becoming obese and by age 14, children who believed themselves to be overweight saw drastic drops in their reported self-esteem levels regardless of how much they actually weighed. Perhaps even more shocking is the statistic that 70% of teenage girls have, at some point in their life, forgone an everyday school activity because they felt they did not look their best [2]. With such startling numbers such as these, it’s no wonder that our top universities young scholars are failing in the classroom.

In a study done by University of Toronto’s Department of Psychology, it was discovered that nearly all cases of low self-esteem that are not influenced by the body’s chemical makeup or mental disorders can be traced back to one of five criteria: 1) Interpersonal awareness, or the extreme focus placed on the behavior and reactions of others to your decisions; 2) need for approval, or the desire to please others and attempt to eradicate conflict and tension; 3) separation anxiety, or the fear of perceived threats to relationships; 4) timidity, or being incapable of assertiveness in relationships; and 5) fragile inner-self, or not knowing who one truly is or feeling like you are not who you are meant to be [6]. Out of these five different categories four are concerned with other people and only one is of a more introverted variety. This goes to show the ultimate impact student’s peers have on each other and how that influence can transfer over into the classroom. Nearly all of a child’s pre-pubescent, adolescent, and young adult life is spent in school surrounded by their peers, making healthy relationships with people their own age of the utmost importance. Still in recent years bullying has been on the rise and external judgments from classmates quickly turn into internal judgments and comparisons of oneself [5]. 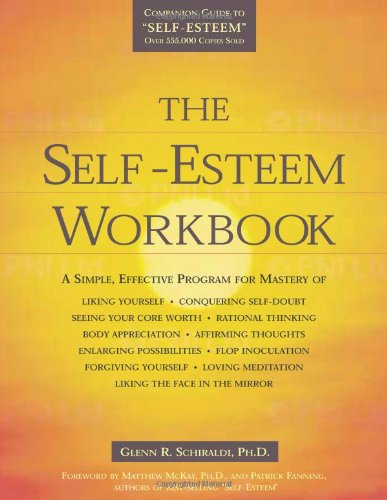 From these past several examples we have seen a common thread that links the issues that students are having with self esteem together: comparison. Instead of being content with themselves and the best they can do, many of today’s students are obsessed over the best that others can do and, in turn, fall far below their potential. Unfortunately one of the biggest proponents of this is the school system itself. Through standardized test scores and a frantic race to try to make learning equalized as opposed to focusing on the strengths of individual students, our school systems have become caught up in perhaps one of the largest comparisons of them all at a national level. A study by Dr. Barbara Greenburg showed this principal in action. Dr. Greenburg asked a group of students to complete a set of puzzles while feeding them fabricated information regarding the success rates of students before them. The first group she told that 10 percent completed the puzzle correctly, the second 20 percent, the third 30, and so on up to 90 percent. There seemed to be a negative correlation between the two variables and, as the percent of students who supposedly solved the puzzle correctly previously went up, the actual number of students correctly unraveling the conundrum fell dramatically. And still, the highest number of students who completed the puzzle fell into the group who had no information given to them at all regarding other participants [7]. The same principal holds true for the tests we give our students. Ranking them in a certain percentile and establishing their “worth” based off a number and not actual accomplishments helps contribute to this detriment of self importance.

The transition between high school and college is difficult but it is perhaps made more so by the current educational system we have in place. The number of college freshman exhibiting what is known as “first year anxiety” has been rising dramatically. In 1988 58% of college counselors reported more students exhibiting signs of serious mental illness or depression than the year before; in 2009, that number had risen to 93% [3]. As students enter into their post-secondary education with already diminished self-esteem, it is quickly taken down a few more notches as they realize the vast differences between the two worlds. In high school teachers were so absorbed in teaching students how to pass tests they forgot how to teach students how to learn which lead to a plethora of dilemmas in the next chapter of their lives. If students do not feel they are able to learn (not the unwillingness, but the inability) this leads to heightened levels of anxiety and lowered levels of self-esteem and perceived significance in both themselves and their education [4]. In a study by Dr. Randy M. Bray at Missouri Western State University, Dr. Bray gave two groups of students the same study materials, lectures, and test. In the first group he gave them the scores that they deserved based on how well they did on the test, but in the second group he gave them botched test scores that relayed to them grades significantly lower than what they actually earned. The findings were conclusive. Using the Rosenburg Self-Esteem Scale, Dr. Bray was able to determine that the group of students that received the test scores lower than they had worked for saw a self-esteem dip not evident in their counterparts regardless of actual test scores [1]. Now teachers aren’t brazenly changing the test scores of students in order to lower the self-esteem of their students and cause them to fail, but there is a lack of real understanding of why students are doing poorly in the classroom. At the University of Michigan students who received back test scores for a time had a note written under their score that said “feel free to comment” and allowed students to discuss with professors why they got the marks they received. After this policy was implemented students were reported to have higher self-esteem which subsequently led to higher grades in the classes that used this strategy during that period of time [4]. It is this kind of personalization that is lost at the lower educational levels through national-level testing. Numbers are black and white and the mind-set of ‘what you see is what you get’ gets perpetuated for so long that it oftentimes follows students into their collegiate careers and inhibits their academic and social success.

Self-esteem has become a huge issue on college campuses across the nation and it is leading to a seemingly insurmountable decline in the overall success of some of the brightest minds this country has to offer, but it is not unbeatable. The biggest quandary facing our youth is our obsession with comparison and reluctance to value individual worth. Though this does need to be fixed from a wide-scale standpoint there is much professors, parents, and even students themselves can do to lessen the negative impact of low self-esteem. The important thing is to make sure students acknowledge their strengths and use those to their advantage in order to thrive in their academic and personal lives.

Next >> 10 Jobs You Can Get Without A College Degree