Consumers are the Most important part of the Economy

The economy cannot function without consumers as consumers’ choices are what gave rise to Economics, the study of production, distribution and consumption within an economy. The need for consumers in an economy is not questionable as without consumers the “consumption part” of Economics will be annihilated, and therefore changing the entire meaning of what is known as an economy. However, consumers will always continue to exist because, what purpose will production and distribution of goods/services be if there is no one to utilize them? Scottish Economist and philosopher Adam Smith (1973-1990) in The Wealth of Nations said, “Consumption is the sole end and purpose of production; and the interest of the producer ought to be attended to only so far as it may be necessary for promoting that of the consumer.” Therefore, the consumer can be seen as the person who makes use of the goods/services produced within an economy, and is consequently the most important element in the economy as: he influences supply and demand of goods; consumer spending serves as an economic indicator to the country’s progress; and he plays a major role in the cycle of wealth creation and development within an economy. 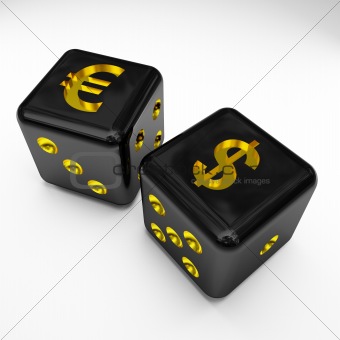 Consumers’ demands of goods/services are what influence the goods/services that should be produced, where they will be distributed, and in what quantity they will be supplied. The goods and services that are not in demand will therefore not flourish but those that are in demand will gain the most revenue, encouraging investors to produce them. Therefore, “the consumer, so it is said, is king…each is a voter who uses his money as votes to get the things done that he wants done” – P.A. Samuelson (1915-present), a U.S Economist in Economics: an Introductory Analysis. Whether consumers are young or old, male or female, rich, poor, or middle class, every dollar, peso, pound, franc, rupee, mark, or yen they spend is a signal – a kind of economic vote telling producers what goods and services they want to see produced. A producer is not likely to enter or stay in an industry where there is no demand for his products/services. According to Alfred Robens (1910-1999), a British labor leader and industrialist, “We should never be allowed to forget that it is the customer who, in the end, determines how many people are employed and what sort of wage companies can afford to pay.” This is because, if a product is low in demand, but still demands so much to keep the industry functioning, the revenue generated will not be very high (almost at the break-even point). However, the industry with the highest demanded product/service will be gaining the highest revenue, and so the employees will be better paid. The consumer has the power to control all of this or in the words of U.S Retail Executive Sam Walton (1918-1992), “There is only one boss: the customer. And he can fire everybody in the company, from the chairman on down, simply by spending his money somewhere else.”    Consumer spending within an economy is an important economic indicator as to the progress of the economy and the position in which it will be within a period of time. If consumers are deterred from purchasing goods/services for any reason, the production process will be halted and the economy will remain stagnant. This is the major cause of a recession or if left alone too long, can lead to an Economic Depression. On the other hand, if consumers are spending too much due to an excess supply of money, the demand of goods/services will increase, the purchasing power of money will decrease and the cost of living will rise. This is the starting point of inflation. By monitoring the changes in consumer spending, the government can predict spending patterns and changes in the economy. This influences the decisions they make to deal with an impending inflation or recession. The consumer is therefore the imperative in influencing the way the country is run.    Consumers are encouraged to utilize the service offered by commercial banks so much as necessary to prevent inflation and to secure their future financially. By saving their money in a bank, the consumers are supplying money for the banks to loan to investors at a rate of interest. The investors then employ the capital obtained from the bank to develop stagnant resources within the economy. This subsequently produces employment opportunities, economies of scale, and prospects of increasing the standard of life of the populace by gaining revenue to re-invest into the economy. Therefore, the consumer is a key player in the cycle of wealth creation and development within an economy.    The importance of the consumer within an economy can never be undervalued. The aim of production is to aid consumption in order to increase utility. Consumption is the most important part in the line of production. The consumer is the most significant player in the execution of all of the economic activities of an economy and therefore, he should be treated no less than a king, as he possesses the power to change the way the entire economy functions.