Country Music Festivals: the Things You Dont Know That Could save Your Ass

A country music festival is something that appeals to a certain group of people.  While the culture at these venues is often very apparent, there are many things that could be changed in order to improve these shows.  Some of which you may or may not be aware of if you plan on attending.

In the middle of every fairgrounds and/or event center, there needs to be a location, landmark, or obvious sign that acts as a meeting point for everyone to meet.  Personally being at the country USA festival, the first thing that I noticed was that 90% of the people at this event were either buzzed or drunk.  The second thing that I noticed was that there were people everywhere talking on their cell phones screaming, “Where are you?” or, “I’ll meet you here.”

This comes as an easily solvable problem to me.  A landmark novelty item needs to be placed directly in the center of the grounds that can be easily seen and identified from all locations of the fairgrounds.  This object needs to be easily described, easily located, and obvious to all.  I cannot even begin to explain how many times I heard people on their cell phones making an attempt to find their group members but having no solid or definite location to do so.

This seems a perfect opportunity for any large sponsor to capitalize on.  Imagine if everyone in that venue used the “Miller Light” LCD sign as a meeting place for their group members.  After all, attention is what every advertising strategy is based on is it not?

2. A standing section to watch the shows

Having been to every sort of concert and festival out there, there is something that sets country venues apart from the rest.  It seems that country concerts are first come first serve, and as long as you come early and put your chair down, you have claimed your spot for eternity.

This method of placement at any concert is beyond ridiculous to me.  This is an outdoor venue where people want to move around and have fun.  While there should be specific spots for the people that just want to sit, there also needs to be a fixed location for people to dance and move around without having to be pushed aside and backed far from the stage.

Let the people that want to party and dance be near the stage while letting those that want to watch set their lawn chairs a bit further back.

3.  The Need to Stop Nickel and Diming for Everything

This is something you need to be aware of when going to country music venues.  While the entrance fees themselves are steep, just be aware that your costs will go far beyond just the gate fee itself.

When entering a country venue, it seems that you are charged for everything short of breathing on the fairgrounds.  While being in a fair setting has its obvious overpriced items such as beer and food, these are expected anywhere.  If coming to a country venue however, plan on paying excessive fees for lots of other things that you may not have initially planned for.

The first of these things is parking.  While it is not uncommon to have to pay for parking anywhere, it should not cost >$30 to park your vehicle in a muddy field for a few hours.

The second is a beer bracelet.  Not only do they charge you extremely excessive amounts of money for beverages in the grounds, but they charge you for the ability to buy the extremely overpriced beverages.  Yes, you generally have to pay a fee for a bracelet that says you are 21 years of age or older.  This is just ridiculous and is another way to suck up money wherever possible.

The third is a “safety bracelet”. . . . Yeah.  IDK either.  I have no idea why I had to buy this bracelet while I was entering the fairgrounds.  Purchasing a safety bracelet that contained zero form of identification on it definitely didn’t make me feel any safer than I already had felt.  In fact I was actually beginning to feel less safe at this point as I felt my arm may fall off due to lack of circulation caused by bracelet restriction.

Although I did thoroughly enjoy my time at the country concerts and did thoroughly enjoy the dukes and boots being flaunted by every cowgirl out there, these are just a few of the things I noticed could have been improved on that I hope I can see next year.  YEEEEHAAAAAW!!!! 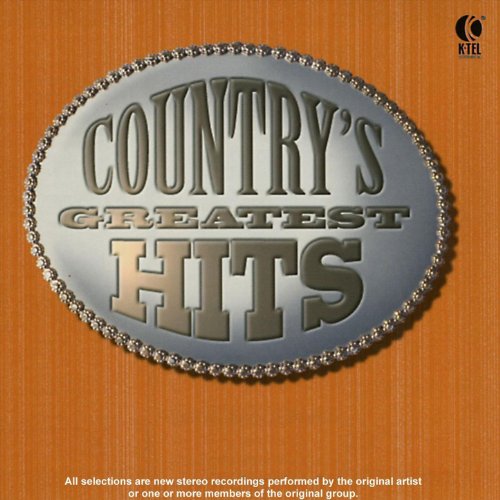 Country's Greatest HitsAmazon Price: $6.99 Buy Now(price as of Aug 24, 2013)
Next >> Learn to Love Classical Music. Find Out What Amazing Songs You May Have Been Missing!