Frances Spiegel is an experienced reviewer of books, including art, history, and fashion. Frances Spiegel is also interested in travel and is the author of Ride the Rocket - Toronto Enabled, a humorous autobiographical guide to Toronto. I write for all sorts of sites but Infobarrel is definitely the best. If you'd like to join me sign up here.
InfoBarrel is a writing platform for non-fiction, reference-based, informative content. Opinions expressed by InfoBarrel writers are their own.
InfoBarrel > History > Medieval History

The bag is presented together with carefully selected contemporary items such as illustrated manuscripts, ceramics, textiles, drawings and metalwork. Images of Mongols with female consorts, hunting scenes, musicians and revellers, offer an valuable insight into life in the Mongol court. Court and Craft provides a unique opportunity to explore the tradition of inlaid brass work in Mosul, following the Mongol Conquest. 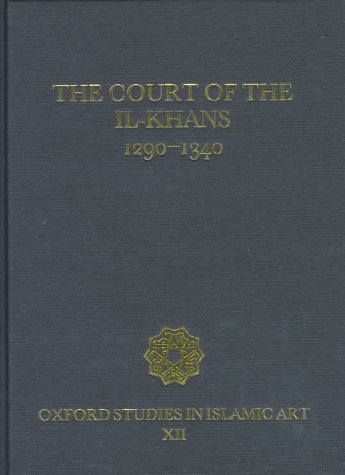 One of a Kind

Acknowledged as one of the finest examples of Arabic inlaid metalwork, surprisingly little is known about the bag. Rachel Ward's research sheds new light on this priceless item. Probably made in Mosul in northern Iraq, the container was originally thought to be a wallet, document carrier, or even a work box. However, new evidence suggests it is a shoulder bag used by a high-ranking woman of the Il-Khanid court.

As far we know the Courtauld bag is unique, and no other of its kind survives elsewhere. Constructed from brass sheets, either soldered or hinged together, the entire bag is decorated all over with courtly figures and an intricately detailed banqueting scene. The whole surface is inlaid with silver, gold and a black material, possibly conifer resin or bitumen. The lid of the bag is decorated with a court scene which is framed by an rhyming inscription in Arabic.

The Lid with Courtly Scene and Rhyming Inscription

Court and Craft - Layout of the Publication

The second half of the publication features the catalogue, which forms an enduring record of the exhibition at The Courtauld Gallery. 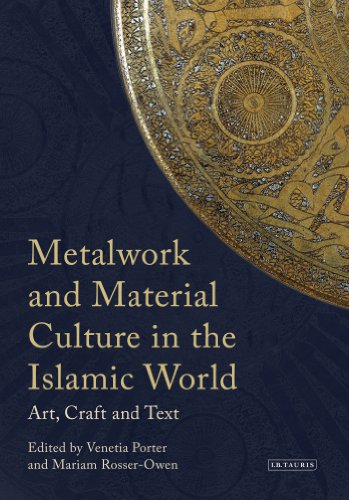 Infobarrel: Court and Craft is a very single-minded publication focusing specifically on the Courtauld bag - where did the idea for this project come from?

Rachel Ward: The Courtauld Gallery has established a reputation for exhibitions which are tightly focused on a single object or painting. This format was ideally suited to an exhibition on the bag.

Infobarrel: The Courtauld bag is acknowledged as one of the finest examples of Arabic inlaid metalwork, yet so little is known about it. Why do you think that is?

Rachel Ward: Uncertainty about the function, date and provenance of the bag has deterred scholars from including it in general books on Islamic art. It needed a proper study and this exhibition and accompanying catalogue provided an opportunity to explore its context in detail.

Infobarrel: What were the criteria for including some items and excluding others?

Rachel Ward: Because the exhibition is small and tightly focused, the objects were selected to fit within the themes of the exhibition. We included objects depicted within the court scene on the bag, depictions of similar bags to show how they were used, metalwork of the Mosul school which relates to the bag and other items known to have been produced in or around Mosul after the Mongol conquest.

Infobarrel: The book’s detailed and scholarly texts are the result of a long programme of research. During that research did anything come as a complete surprise, or did anything contradict something you had previously regarded as fact?

Rachel Ward: It has been assumed that the famous metal workshops of Mosul were destroyed during the Mongol conquest and sack of the city in 1262. However there is no direct evidence that the workshops were destroyed and research by Julian Raby (in his essay in the catalogue) and myself strongly suggests that Mosul continued to produce fine inlaid metalwork into the 14th century along with jewellery, textiles, illuminated and illustrated manuscripts.

Infobarrel: Other than the bag itself, do you have a particular fondness for any of the items featured in the book, and why?

Rachel Ward: The objects in the exhibition are all of superb quality... colleagues in lending institutions have been incredibly generous. It is hard to single out one item, but perhaps the tiny pen box from the Walters Art Gallery because it is almost unknown (last published in black and white in 1938) and is such a close comparison in style and quality to the Courtauld bag. The scene on the lid, with the horsemen chasing a deer into the arched top of the penbox, and the crouching hare hiding within the arch the other end, is inventive and charming.

Infobarrel: Now that the publication, and the exhibition it accompanies, has come to fruition, what is your next project?

Rachel Ward: I am finishing a catalogue of the Arab metalwork in the British Museum and also working with Irina Koshoridze, Chief Curator of the Islamic collections in the Georgian National Museum, on an exhibition and book on Islamic metalwork in Georgian collections. 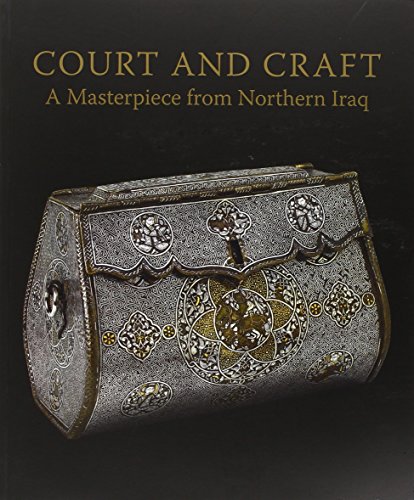 Frances Spiegel has reviewed other books for Infobarrel including the following: