Be the greatest version of yourself~ Damien is a full-time traveling entertainer that travels around the world whilst observes and learns the intricate workings of life. For more entertaining and insightful content feel free to check out my website and follow me on my various social media platforms.
InfoBarrel is a writing platform for non-fiction, reference-based, informative content. Opinions expressed by InfoBarrel writers are their own.
InfoBarrel > On InfoBarrel > Tips, Tricks & How-Tos

In the previous article 'Covert Persuasion: The Hidden Code of Influence - Part 2 Building Rapid and Robust Rapport' we looked at mirroring as a powerful way to build rapid and robust rapport.

Continuing on from this, let's look at some other techniques we can use to solidify the foundations needed for our covert persuasion efforts to be effective.

Aside from mirroring someone physically, we can build rapport through our common interests or background. Have you ever been to a party and met someone who had the same interests as you? Or even went to the same college as you? The immediate response is usually that resembling “Oh my god you’re one of my kind”. This is an example of 'organic' rapid rapport where it comes naturally rather than forced.

Although it’s best that these interests and facts about your background are honest, the skill in creating rapport is to find similarities between you and the other person and build upon common grounds.

How can I do that you might be asking? Most people will automatically dismiss people based on superficial judgments that they just don’t get along because they don’t have anything in common. As true as that might be, commonalities can be just as superficial, the very fact that you are in the same place or have a common friend can be a starting point to uncover similarities and build rapport.

The secret is to ask better questions!

How you ask questions can make a world of difference. I.e. ‘How are you?’ is quite bland and often results in a generic one word answer, “good”. Instead, asking "what is something interesting that happened today?" and most likely you will immediately get a different and more engaging responses. For instance, they might tell you that they bought a new DSLR camera that they had their eye on for a while. And on the off-chance that you are also interested in DSLR cameras you can begin an awesome engaging conversation, if not find something interesting from it.

Learn to dig deeper and/or be genuinely curious about why they are interested in DSLR cameras. It could very be that they are a photographer that travels the world. Now you might be interested in traveling the world as well then here’s your chance to engage with them about traveling. You get the point.

Although, at times it might sound a bit unnatural to ask these types of questions, such as in the case of meeting someone for the first time and asking about their fears, hopes and dreams. The aim is to get better at tailoring questions to bring out something about the person that you can genuinely relate to.

Over time you learn to ask questions that help build rapport rapidly to the point where you feel as if you’ve known the person for years when you’ve met them for the first time. I’m sure we’ve all met a special person that we connected with so rapidly before.

The idea behind building rapport through commonalities (i.e. interests and background) is to steer the conversation by asking questions to areas that highlight similarities between you and the other person. 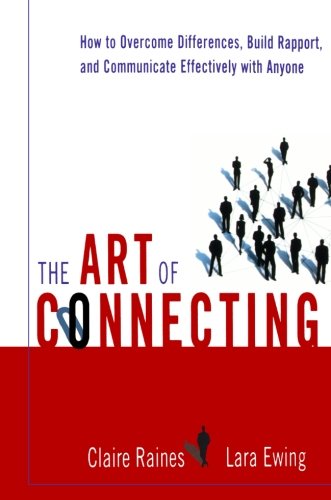 The Art of Connecting: How to Overcome Differences, Build Rapport, and Communicate Effectively with Anyone Amazon Price: $19.95 $11.64 Buy Now(price as of Nov 15, 2016)

If you’ve ever met someone who had the same dreams and ambitions with you, you will be familiar with the feeling. It’s as if you want to be best friends with this person all because you have a similar purpose in life.

Sharing your ambitions is a great way to connect with people especially if you are actually working towards these goals. I mean, who doesn’t want to be rich and famous? Take for example, if you’re an actor that’s actually trying to make it, you will connect with all those people who’ve always wanted to be an actor (rich and famous) but never had the courage to.

Often people will be surprised, intrigued, inspired or have some other positive attachment to you simply because you share a common goal. The only difference is that you are making it a reality. This unspoken yet powerful connection is much like the connection great leaders create when inspiring and leading others.

On the other hand, if you genuinely don’t have similar ambitions you can always probe people on their own ambitions and goals. People love to talk about themselves and love to be listened to. The more you are able to listen and engage with someone the more they will feel connected to you simply because you are interested.

Other Ways to Build Rapid and Robust Rapport

Rapport can also be built on various other foundations. It’s really up to you which one you want to use,  however keep in mind more is less since using all the techniques may end up achieving the opposite effect i.e. just like how if a salesman making an offer to good to be true.

Letting it flow naturally is always the best method however being aware of these techniques gives you a selection to tailor your interactions. The more you are able to flow (where you don't have to think of what to say and do) with the other person the more you are able to connect and create a robust rapport.

Some other techniques for building rapport are:

Persuasion is a very ubiquitous phenomena. Every single aspect of our social lives involves some form of persuasion.

The key difference of what you are learning from everyday persuasion is that this is covert! The very fact that it is covert means that it is going under the radar to directly influencing the subconscious - the place where our beliefs, values, habits and experiences are stored. By being able to influence these we can effectively change people’s behaviors and decisions from the inside.

While it may sound extremely powerful it is also a very delicate process since at any time the other person senses you are trying to ‘manipulate’ or ‘persuade’ them into doing something you want their defenses will 'disconnect' you from their life. The important thing is that it is based on their perception or reality of the situation irrespective of whether you were selflessly trying to improve their quality of life or not.

This is where trust comes in as the cement that keeps the foundation together. Without trust relationships of any kind are destined to be destroyed. The more cement you have the more robust your foundation can be to support whatever you want to build on top.

Once the foundation is laid lets talk more about the vital next step in successfully persuading others, trust. 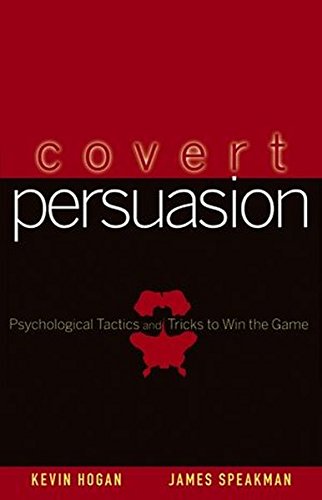 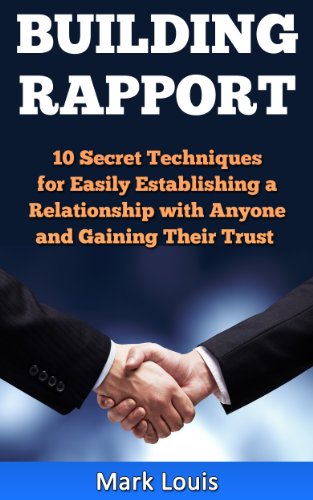 Building Rapport: 10 Secret Techniques for Easily Establishing a Relationship with Anyone and Gaining Their Trust Amazon Price: Buy Now(price as of Nov 15, 2016)
Next >> InfoBarrel's Most Popular Content of 2012

So you want to buy a scooter?

I Could Write a Book About That! - Researching and Writing a Non-fiction Book