Latinas--you know I love 'em!
InfoBarrel is a writing platform for non-fiction, reference-based, informative content. Opinions expressed by InfoBarrel writers are their own.
InfoBarrel > Entertainment > People

Late in 2016 something weird happened.  The television network, The CW, began running teaser promos for a new series.  The spots were all quick cuts, murky, moody, broody, with glimpses of people and an ominous landscape.  The single word “Riverdale” finalized these promos.

The only “Riverdale” I could think of was the fictional ville in which the comics’ Archie Andrews and his gang (Betty Cooper, Veronica Lodge, Jughead Jones, et al) lived.  Thinking out loud, “You’ve got to be kidding me”, it turned out I was right.

Riverdale, the murky, moody, broody (and oh, so very adult) TV drama debuted in early 2017.  This live-action show brings to life the iconic characters many of us grew up with, right down to Big Ethel.

And in that lot is a new actress—so new, in fact, this is her first role—who is gorgeous, self-possessed, and confident in one of the higher profile parts in the show, Veronica Lodge.

River’s EdgeRiverdale (debuted January 26, 2017) opens with a murder and an inappropriate relationship between a teacher and student.

One of the local popular teens disappears over the July 4th holiday and his body is found floating in the local river, with a bullet in the head, many days later.  Suspects abound, of course, and Season One’s focus is on the whodunit.

As for the inappropriate teacher/student relationship that’s between a young and super hot Ms. Grundy (who is ancient in the comics) and Archie Andrews!

So, a tot of Twin Peaks with a smattering of River’s Edge and that sets the stage for the drama that follows the Archie Gang.

Lookin’ the Part?For the series, the troupe mostly falls into place (though taking inspiration from the updated versions of the various “Archie” comic book titles).

The guy playing Archie looks like him enough to get the job done.  Betty, played by a spot-on Lili Reinhart, is much as you’d expect (hot, smart, grounded), with a little oddness thrown in.

Some major twists and turns occur, though.  Josie & The Pussycats are there, but they are African-American chicks. Reggie Mantle appears to be Filipino, Polynesian, or something similarly flavored.

And then there’s the gay character, Kevin, with whom ultra-jock, Moose, tries to “explore” some unresolved “urgings” early in the series (“Everything but kissing!” Moose tells him when asked what he’d like to do with Kevin).

The single biggest shocker is the guy playing Jughead Jones.  [For the trivia minded, Jughead’s real name is Forsythe Pendleton Jones III.]  In a truly fascinating casting decision the guy playing him is Cole Sprouse.

Now, I know that name may not be a household one, but hearken back to ye olden times (the early 2000s) and some of you may remember a show on Nickelodeon called The Suite Life of Zack and Cody.  It featured two really obnoxious blonde boy twins who lived in a posh hotel with their mom who had a job there.  These two were horrific kids.  [Oh, side note: the twins played the brat in that Adam Sandler movie, Big Daddy (1999).]

The one kid, Cole, as an adult (he’s in his early 20s) landed the part of Jughead and plays him as a sulky, sarcastic loner. It’s an amazing turnabout from being a snotnose puke to ably bringing a cartoon character to life.  This young actor is amazing in the part.  [Jughead is homeless in this Riverdale because his dad’s a trailer-park alkie and biker gangbanger, and his mom left them.  He is smart and drily funny (once stating before a particular investigative task that he and Betty would need to leave “the rest of the Scooby gang” behind so as to not draw attention to their activities).  He is also the onscreen narrator of the series, and it’s Cole Sprouse’s voice you hear doing that job.]

But, hark, even more amazing is Veronica Lodge.  She is the new girl, just moving to Riverdale (her mother Hermione’s hometown).  Seems her old man is in jail for financial shenanigans and the Lodges no longer are rich. So, her mom comes back “home” looking for a fresh start.

Now here’s what’s cool about this show: both Veronica and her mother are Latinas, but it’s barely even noted.  The show just went the multi-cultural route without belaboring the point (the principal of the school, Mr. Weatherbee, is black as is Pop Tate, of “Pop’s Chok’lit Shoppe”).

And as played by the new-on-the-scene smoldering beauty, Camila Mendes, Veronica Lodge is total hotness without the cruel bitchiness the comic book Veronica has displayed.

New GirlAs with many new arrivals in the pop culture purview, there’s not a lot of “meat” out there (yet) concerning the curvaceous cutie, Camila.

But here’s the long and short of it (mostly the “short” of it).

Camila Mendes was born June 29, 1994, in Miami, Florida.  Her parents are Brazilian natives, and as a result she speaks Portuguese (the native language of Brazil).  She lived in that country briefly when she was very young, but has spent the rest of her life in the US.  At the very least, I know she has one sibling, an older sister.

Skip to New York City, and Camila graduated from the NYU Tisch School of the Arts (she earned a BFA).  While attending NYU Tisch, she also took two semesters of study at the Stonestreet Film Acting Conservatory (a drama conservatory).

After college she auditioned for programs but kept getting rejected:

“It was frustrating because all of the roles I went out for I never really felt like I was right for.  Especially being Latina, people want to make use of that.  So I would go out for shows like Blue Bloods and Shades of Blue, and all of these crime dramas where they are looking for these foster child Latinas, like ‘underprivileged and urban,’ as they would say.  I never really fit that stereotype, and I didn’t want to play a stereotype.  I kept getting the note that I’m not ‘urban enough.’  So it’s like, okay, I’m not urban enough and I’m not white enough, what am I?  Why are there no roles out there that fit me!”

Now it gets more fun.  Looking for acting jobs she knew of the Riverdale project, but had absolutely no interest in pursuing an acting gig in it (assuming the role of Veronica would go to some white bread chick).  Not interested, of course, until she learned the show’s creators were really mixing it up in the casting and that Veronica was going to be a Latina!  Another actress friend of hers (who is, as Camila describes her, “super Latina”), was auditioning and was the one who told her about Veronica’s television ethnicity.  So, Camila auditioned and thought she had it nailed when the decision seemed to be reduced to only herself and one other actress.  Then, magically, there were four other young actresses being considered.  The process seemed endless, shuttling back and forth between her home in New York and the studio in Los Angeles.

And, finally, in February 2016 she got the callback—she was in.  To take on the part, though, she had to die her hair darker to more closely match the comics’ Veronica’s blue-black hair. [Though for a different reason—to appear more “Latina”—the natural-blond Colombian actress, Sofía Vergara, had to dye her hair jet black in the past.]

Camila has decided she does not want the Veronica she plays to be a stereotype of a Latina.  Neither she nor her TV mom displays any cholla behaviors.  They are American women who happen to be Hispanic, and that’s the end of it.

She also made Veronica Lodge a lot nicer than she sometimes is in the comics.  [Veronica made her pen-and-ink debut in April 1942.]  In Camila’s words:

“. . . she’s very snobby and confident, and thinks very highly of herself. In this version she’s a lot sweeter, she’s trying to be a better person, she’s trying to reinvent herself [after a scandal that] brought a lot of shame and embarrassment to her family, so she is recovering from that a little bit. She’s humbled.

. . . I know what it’s like to be the new girl because she is the new girl in town, and I grew up moving around a lot in my childhood.  It was a very unstable life; I never really got to identify with one place, so I was constantly trying to re-identify myself.  Veronica moves to Riverdale and everyone already knows each other, and she has to find her place.  She is totally out of her comfort zone and I definitely know what it feels like . . .”

And Camila’s Veronica is quietly sexy.  The show hasn’t done anything overt with the character yet.  Oh, sure they put her in a one-piece bathing suit once (kinda rockin’).  But the hottest moment in the series to date involving her occurred during a talent night at the high school.  She got a spot as a back-up singer for Josie & The Pussycats (arguing that being a Latina made her a “woman of color”, as Josie first objected to having Veronica’s paler face in the band).

The group performed Donna Summer’s classic, “I Feel Love”.  For the onstage performance, Camila wore The Pussycats’ trademark cat ears and leopard-spotted onesie with the cat tail in back.  And boy, does she have the bod to rock that gear!

Romance?  Sure Camila has some (it ain’t me), of course.  A hottie like that doesn’t get to free-range very long.  She’s attached to a guy named Ian Wallace since she was around 19 years old; in September 2016 she’d posted a really thoughtful shout-out to him on Instagram, letting the world know she loved her man of three years’ standing.  No, I don’t know anything about this guy (don’t care to, really, but it’s likely he’s an aspiring something/other in The Biz), except to note he is one lucky bastid.

Camila, in the early months of 2018 (and well into Riverdale’s second, and totally awesome, season),reported that her older sister had struggled with an eating disorder and so had she.  Camila says she’s given up on obsessive dieting and worrying about how thin (or not) she is.  I don’t care: she has a rockin’ bod of which she should be very proud!

Future?  That remains to be seen, though Riverdale has been picked up for a second season, so we’re guaranteed more of Camila, at least for awhile.

But for sure this lovely Latina has some serious stage presence.  She illuminates any scene in which she appears.  And it is nice to see a nice Veronica Lodge for a change, especially one you can feel some crazy, mad love for.

has nothing to do with this article, just a great song 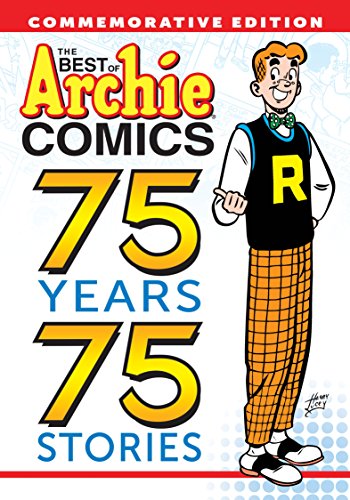 Now in a revised paperback edition (2018) 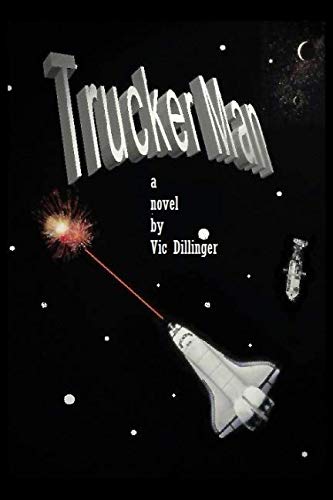 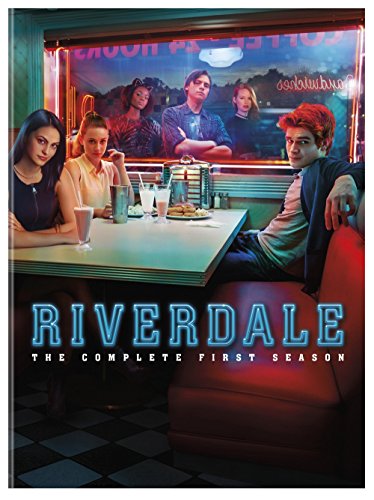