I've spent most of the past two decades in East Asia, holding lecturing and publishing positions in Hong Kong, Japan and South Korea. Among my favorite places are Taiwan and the Philippines. I'm fascinated by local religions and customs, and enjoy reading about history and how the English language changes and develops. I enjoy writing on InfoBarrel. If you love writing, sign up today.
InfoBarrel is a writing platform for non-fiction, reference-based, informative content. Opinions expressed by InfoBarrel writers are their own.
InfoBarrel > Business & Money > Jobs & Careers

If you've ever worked in the fields of ESL (English as a Second Language), TEFL (Teaching English as a Foreign Language), or TESOL (Teaching English to Speakers of Other Languages), you've likely come across the following situation. You're teaching just one student, and he/she has a fairly decent vocabulary and grasp of English grammar, but needs a lot more practice in order to become proficient. You've exhausted the practical dialogs in your textbooks; your student is now pretty good at giving and receiving directions in urban environments, ordering in a fast-food restaurant, and telling strangers what kind of movies and music he/she likes. Covering the same ground again and again is boring for him/her, and frustrating for you. So what can you do to motivate your student to speak out, express opinions and convey complex ideas?

I've found one of the best ways is to present dilemma-type scenarios. The Oxford English Dictionary defines a dilemma as an "argument forcing [one's] opponent to choose one of two alternatives, both unfavorable to him," and a "position that leaves only a choice between equally unwelcome possibilities." Analyzing such situations is an opportunity to examine personal expectations and priorities, cultural norms and local laws. The following have proved engaging for students and interesting for teachers:

Credit: Richard Melo da SilvaInheritance A wealthy man has died. According to his will, his money and assets are to be divided equally between his wife, who was loyal and obedient throughout their marriage, and his only son. In keeping with local custom, his two daughters will receive nothing. Is this fair? Before your student gives his/her view on this, you may want to discuss the topic of wills. In some societies, few people write wills. What is the practice where your student comes from?

After talking about the basic situation outlined above, muddy the waters. What if the money being left to the wife isn't enough to support her for the rest of her life? In that case, should the son surrender some or all of his share to his mother? Perhaps the students will tell you it isn't necessary, because in his/her society, the oldest son always takes care of his parents when they get old. What if the son is lazy or disrespectful or a gambler with heavy debts, while the daughters are filial and hardworking? Would it make any difference if the son had turned down a chance to study medicine at college, and has instead chosen to live as a penniless artist? Or if both daughters were married to men with promising careers? Or if one previously disgraced the family by having a baby before getting married? What if one of the children had moved abroad and seldom visited home? Finally, should the wealthy man's siblings have any claim on his estate?

Marriage A young lady who loves and respects her mother and father has a boyfriend she thinks her parents can never accept. One weekend, when she returns home, her mother introduces her to a young man who, she's told, would make an excellent husband. Before discussing whether the daughter should defy her parents, or at least pretend to go along with their plans to win some breathing space, ask your student: Why might normal parents reject their daughter's choice of boyfriend? Because he lacks education or a career? Because his father is a criminal, or belongs to an opposing political faction?

Then discuss the daughter's options from two angles. Firstly, in the student's society, what would be expected of her? According to ordinary people, what should she do - obey her parents or pursue her own happiness? Secondly, tell the student to look at the situation as if he/she were in the daughter's shoes. What strategy would work best?

Catching a thief The owner of a small store catches a young man stealing some goods. The young man isn't violent, and implores the owner not to call the police because he'll go to jail and lose his job. Before tackling the issue of whether the owner should get the police involved, ask your student whether stealing US$100 worth of goods deserves prison time, and if so how much. If not, would goods worth US$1,000 justify a jail sentence? What if the young man has a criminal record of theft but not violence?

Add some details. The man was stealing bread and canned tuna for his family, who have no money to buy food. Is theft ever acceptable? What if it turns out the young man has more than enough cash in his pocket to buy the items he was trying to take? Does it make any difference if the shopowner is wealthy or on the verge of bankruptcy?

Lost and found The student is walking home one afternoon when he/she finds a wallet on the sidewalk. Inside there's a considerable amount of cash, a credit card, and a driver's license. The majority of people would make an effort to return the wallet and its contents, but what if the student recognizes the name, and knows that this person beat up his/her friend? Or has a reputation for stealing? Or comes from a very rich family and wastes a great deal of money? What if the student is flat broke and the money has appeared just when he/she needs to pay for school?

As you can see from the examples above, coming up with scenarios which are interesting and valid across cultures isn't difficult. All four work also well in classroom situations. 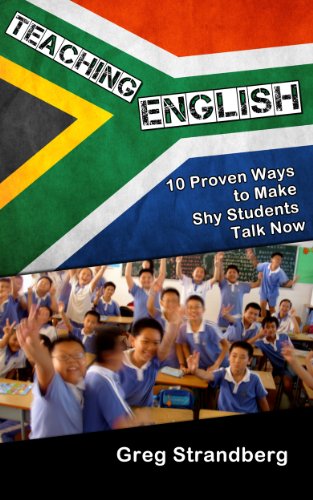