Credit Card Fraud and How They Got Me!

How Credit Card Fraud Can Happen

Trying to prevent credit card fraud, and identity theft can be hard. We all think it won't happen to us, but it will happen when you do not expect it.
A couple of years ago, I went to make a purchase with my Visa, and it would not go through. I was embarrassed, and paid  my purchase with cash, and quickly went home to check my visa balance online.
I was stunned to see that my Visa had a 485.00 dollar purchase on it, that was NOT mine. I quickly phoned the company, and after convincing them, that this purchase was not mine, a investigator was assigned and my Visa was cancelled. Which alone, costs you time, and frustrati

Credit: morguefile.comon as you don't have a credit card for awhile.  This can happen to anyone.
The investigator, warned me, that the very spot that fraud tends to happen, is at the cash register or anywhere you would pay for your purchases.  They usually distract you with other purchases, and then they will pretent to drop it on the floor, and then copy it while picking it up with a small copier.  After he explained this to me, I instantly knew which store it was. It turns out, a young part time cashier had been approached to collect card numbers with this wallet sized imprinter, for extra cash.  (They were able to figure out which store it was based on the number of frauds).
Finally after some investigation, it was discovered that mine had been copied, and was made into a new one with a different name on it, and the culprit kept trying to put purchases through, not realizing, that this one of mine had a very small limit on it, and he tried three times to put through higher amounts at the same store. He tried to purchase 1250.00 then 950.00 and finall

Credit: morguefile.comy 485.00 (these swipes are recorded every time) This did not seem to bother the clerk at all, and finally he/she purchased a gift card at a Walmart for 485.00 dollars.
After talking to the investigator, he tells me that the most popular way, for it to be copied is at the cash register. They simply have to distract you long enough to make a quick copy. He suggested they will do this two ways:
1. Suggest you purchase accessories for outfits you may be purchasing, and after taking your VISA, get you to quickly look at jewelry displays that are on the end of the counter, then quickly copy your card.
2. Pretend to drop it by accident, and while picking it up, they may have the wallet sized copier under the counter. That is all it takes, while distracting you with idle chit chat.
In my case, it was traced back to a clothing store, that got me to look at some accessories on the end of the counter, while holding my Visa. The clerk there, got over ambitious with copying credit cards and she was caught. The store manager had no idea this was going on.
So, with shopping season coming up, just be careful, and don't let your Visa or Mastercard leave your sight, once it is out of your hands.
Credit card fraud costs everyone money. The visa company absorbed the 485 dollar purchase, since I reported it right away. Just be careful of distractions when using your Visa.  Once that Visa leaves your hand, don't take your eyes off of it. 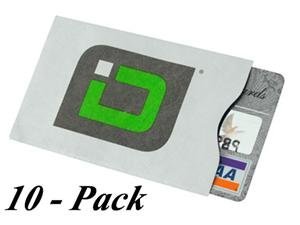