Crikey! Do they believe That?

Believe It Or Not?

It can come as a shock when we find out that certain people we fancy or admire, believe things that seem just plain bonkers. It seems that often we tend to presume that rich, privileged, famous people, are also going to be sensible, smart and educated. But alas, no, the evidence is against this. Celebrities and famous people, actually seem to make a point of riding on the ole crazy horse and letting everyone know about it.

Just to give Madonna a bit of slack, I will start by sharing a quote of hers, which expresses the fact that she too may say, oooh cripes!, when she reads some of the stuff she has said:-

I suppose I sometimes used to act like I wasn't a human being... Sometimes I look back at myself and remember things I used to say, or my hairstyle, and I cringe. Madonna Ciccone

However, according to some reports, Madonna only drinks blessed Kabbalah water, which costs her thousands of dollars each month. More outrageous, is that this water is standard, everyday water, which the Kabbalah Center founder, Yehuda Berg, says “We charge the water with positive energy, so that it has healing powers.” But it gets worse, so don't go away!

Other claims are that this water is dynamic, living fractal and crystalline, which sounds like a load of quackery to me. Madonna however paid something like $10,000 to get this woo woo water into the central heating system of her mansion. And the cherry on the cake? She actually believes that Chernobyl's little radiation problem, can be solved by....the magic water! Sadly the BBC exposed how this "miracle water" is touted as a cancer cure......but at an exorbitant cost. And there has never been any evidence that it works. It's just water, how could it?

Robbie Williams has a lot of talent and I love his singing. It is his ideas about aliens that I am not too crazy about. Let's just say that, such ideas make him sound nuts!
You may think that Robbie has dropped out of view because he has become a committed family man; that may be part of the story. The other part is, that he spends mega amounts of time on the internet, on wacky sites concerned with space ships and UFO abductees. Obsession with the paranormal is also high on his list, but his interest in psychics has waned, due to a few bad experiences.
Robbie has also appeared on various conspiracy theory type websites, discussing his own experiences with alien space ships! One encounter occurred at his home LA, when he was listening to a song, which he had written about UFOs called Arizona. He reckons a ball of light appeared over his house and black "negative" light which was around 3 in thick and 20 ft long, wizzed through a door in the room and then shot out a window. Other reports are, that Robbie claims to have seen UFO'S as a child and as a guest at the Beverly Hills Hotel, lying on a sun lounge at night. All I can say is: drugs are bad.

Gwyneth Paltrow has become as famous for her alternative health ideas, as she is for her acting. She hasn't however just confined her cuckoo behaviour to health.
Because there is so much to get through, we will start with Gwenie's health regimes and routines. As a fan of cupping, Gwyneth has hit the news fairly often due to sporting hideous bruising from the procedure. Cupping is similar to an ancient form of acupuncture (the ole "ancient wisdom" pseudoscience trick), which involves applying a heated glass to the skin. As usual, this is supposed to cause some sought of energy related marvels to happen in your body. Gwyneth has also stated that cupping helped her to find "Mr. Right" i.e. husband Chris Martin.
Many have speculated, that Gwyneth Paltrow's extreme macrobiotic style diet, would do her harm and in fact Paltrow revealed not so long ago, that she has the bone thinning disease osteopenia. Fad diets just aren't good. However there may be something to her exercise routine, as she credits her workout with a fitness trainer, as doing wonders for her love life.....in the bed room that is.
Gwyneth's father Bruce Paltrow, was of  Belarusian, Ashkenazi Jewish origin and the family name was actually "Paltrowicz". After finding out in 2011 that her father's family came from a long line of influential East European rabbis, Gwyneth decided to bring up her very biblically named children, Apple and Moses, in a Jewish environment. However only a year before, she said  "I don’t believe in religion. I believe in spirituality. Religion is the cause of all the problems in the world." Whatever!

Billy Joel - You May Be Right 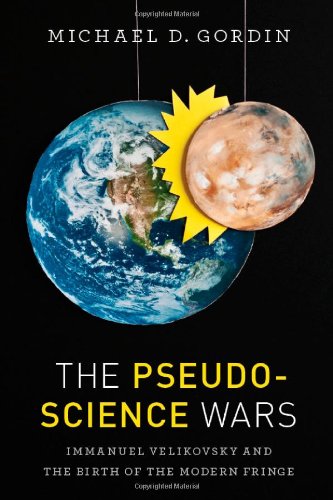