Thank you for visiting. In Europe you might like to see Paris or visit the floating city of Venice in Italy. Or for a completely different kind of vacation you might like to visit Las Vegas.
InfoBarrel is a writing platform for non-fiction, reference-based, informative content. Opinions expressed by InfoBarrel writers are their own.
InfoBarrel > Travel & Places > Travel Advice

If you have the time then cruising is the way to see the world. You can travel far and wide by ship, provided you have the money for this luxurious mode of transport which has been likened to a floating hotel or floating resort. Trips usually range from a short 3 day cruise to a longer 16 day voyage but some operators offer cruises of a greater duration which are akin to a round the world trip and can take over a month to complete. One of the biggest operators of cruise liners is Carnival who operate cruises from locations such as Alaska, Canada, Bermuda, Hawaii, the Bahamas and most European countries to name but a few. Carnival cruises will collect you from the arrival airport and transfer you the waiting cruise ship.

Carnival is member of the alliance which includes all 6 of the big name cruise operators around the world. The 5 other members of the alliance are the Cunard Line, Princess Cruises, Seabourn Cruise Line, Holland America Line and Costa Cruises. These names are a good indicator of quality and you can expect the best of service from any one of these big names. Between them they have millions of satisfied customers so if you are a first timer to cruising then I suggest that you book with one of these established names in cruise control. The 6 offer great diversity and you should find a cruise that suits your needs anywhere in the world. It should be noted that Carnival Corporation, who are based in Miami are the largest cruise company in existence and they own the Cunard Cruise Line, Princess Cruises and Holland America Line. Not so much of an alliance, after all!

Most cruise liners have a cell phone service available on their ships, as well as an internet facility. It may be well worth your while to have an unlocked cell phone available for use when cruising as the SIM free phones are substantially cheaper to use than the locked phones which will have international roaming rates applied to them as your cross international borders. It is also a good idea to contact your service provider (carrier) and check that your existing cell will function properly in the places you intend to visit. You may be offered a new service plan which will be more economic for your journey. Note too that there are charges associated with internet usage and they can be exorbitant. One ship’s Internet Café charges $55 for just 100 minutes! Do check before you surf (in every sense of the word).

Some strange rules exist regarding what you can and cannot bring on board. The fear of fire is paramount so you will not be allowed to bring candles on board. Why you might want candles when cruising is another question entirely. Other hot items, or potential fire hazards that are not allowed either are electrical household appliances, heating pads, incense sticks, irons and steamers. Wine, beer and alcohol cannot be brought onboard as you are expected to purchase these drinks from the cruise operator while you are traveling. All of these items will be returned to you when you disembark after your journey.

Items you simply cannot take on a cruise

Most likely there are valid reasons why you cannot be allowed to bring some of this stuff onto the ship but some of the items prohibited are quite odd. You should note that they will not be returned to you at all! The banned list includes a pair of scissors, your tools of trade, a surfboard, a bicycle and your marijuana (even if it is only for medical use). More obviously, banned are guns, bullets, pistols, weapons, explosives, martial arts equipment, pepper sprays, mace, fireworks and flammable liquids.

It is unlikely that anyone will suffer seasickness whilst on these massive cruise ships because they are very stable and you might not even be aware of any movement at all when they sail. Quite unlike a rubber dingy or small vessels like the currach which I used when I was younger in the south of France. A point to be noted however, is that one cruise ship recently had an outbreak of norovirus (which causes acute gastroenteritis). Crew and passengers alike suffered as noroviruses can be spread from person to person. It can be cause by contaminated food or water (food poisoning). Meticulous and frequent hand washing while on board is a good deterrent.

Why is norovirus associated with cruise ships?

It is to do with the small confined area, so as well as cruise ships outbreaks can occur in restaurants or nursing homes. The close living quarters promotes the quite spreading of the disease. New passenger arriving on board might bring the virus with them. Strict hygiene is important when you cruise and Health officials on the cruise ships are constantly vigilant in monitoring possible outbreaks and minimizing them. Outbreaks are rare, due to increased health checks and extensive disinfections of ships between port calls. Any reported illness exceeding 2% of the total number of passengers and crew must be reported to any U.S. ports authority when visited.

'Just Cruising’ is a company based in South Africa who can book cruises for you from over 40 cruise lines throughout the world. Just Cruising have been organizing cruises for nearly 15 years and are considered to be cruise specialists. Trips can be arranged throughout Europe, plus from Africa to Alaska and anywhere else in between. The similarly named ‘Just Cruises’ is a most experienced Travel Agency; the company operating cruises in Australia. Just Cruises operate tours to Canada and the USA from Australia. They also do interesting Winter cruises but their Christmas and New Year cruising is in the hot weather down under.

These spacious and luxurious cruise ships have everything you and your family will need to have a perfect holiday. You can expect as standard Swimming Pools, Boutiques/Shops, Casino, Saloon, Elevators, Dining Rooms, Spa, Bar, Lounge, Theatre, Cinema, Cafe, Medical Centre, Library, Laundry and a Children's Playroom with a plentiful supply of  Lego, Jigsaws, Transformers and other toys. Most lines will have a gamesroom which will have a selection of popular board games such Scrabble, Clue, Monopoly etc. and a quieter area for card players, draughts and chess players. Snooker rooms and even tennis courts are available on some cruise ships.

Cruise ships and cruise lines differ and are not all equal and standards will vary between operators so a bit of research will be required before booking a vacation at sea. The best recommendations will come from previous passengers so do try to talk to friends, work pals and acquaintances who may have experienced the joys of cruising. With all of these cruises and cruise lines mentioned in this article you should ensure that you read and understand all of the small print (plus the terms and conditions) pertaining to your cruise ticket (or contract). You also need to be sure that your passport compliant documents are adequate for the shipping line chosen for your trip. 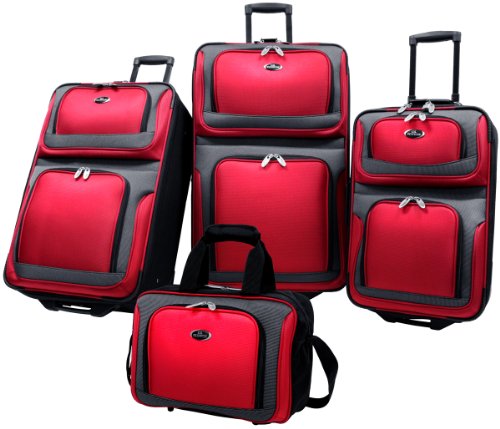