Many medical mysteries in the past took on supernatural overtones because of superstitions, folklore, and scientific ignorance.  Though much had been learned medically about the human organism, there were many diseases and disorders thought of as diabolic.

Tourette’s syndrome – uncontrollable neuromuscular and vocal “tics” – was once thought a sure sign of not only mental illness but demonic possession.

Conditions such as albinism and porphyria formed the basis for medieval beliefs that certain afflicted persons were vampires.  Porphyria is a family of metabolic disorders that in extreme cases

Credit: radikal.ru affects a person’s behavior (cravings for the mineral iron), altering physical features in extremis.  The most severe cases leave the victim resembling the classic vampiric look of Nosferatu, with the flattened nose, snaggled teeth, and slanted eyes.

In today’s world, fortunately, people with various skin conditions or body disfigurements are not usually castigated by society or religion (as epileptics once were thought to be channelers of demons).  There do remain, however, a handful of disorders for which the causative mechanisms are not entirely known.  Such disorders lend themselves (not by the afflicted’s choice) to religious reverence or proof of mystical or divinely inspired omens.

One such disorder that can make a saint in the eyes of a zealot is a strange excretory anomaly.  For a few people in the world, crying tears of blood has made their lives hellish.

Duct Work
The normal function for crying tears in humans is simply to moisten the eye and wash away foreign objects.  For some, crying is an expression of an emotive state – ironically, people can cry “tears of sadness” as well as “tears of joy”.

The liquid that comprises tears is mostly water, with some proteins, salts, and other minerals exuded in the process.  There is usually nothing mysterious about it.  The exception, of course, is when a person’s tears do not resemble the clear, expected fluid, but take on a reddish hue.

The plainly visible “bloody tears” of haemolacria are the most extreme form of the disorder.  What is called “occult haemolacria”, however, may be found in many people under specific circumstances.  The word “occult” in this instance is used in a forensic sense – it means an element is present in only trace amounts, chemically confirmed but not visible to the naked eye.  Many pregnant women and menstruating women will cry tears that contain occult blood.  This may be normal for many women under those body stressors.  The tears look normal, but can chemically be shown to contain blood.  There are instances where a person may infrequently cry bloody tears due to conjunctivae infection.  However, such sanguineous discharges stop when the underlying condition is resolved.

It is the most extreme form of haemolacria – the frequent shedding of bloody tears – that even today presents a medical mystery.  For some, the ocular discharge is an embarrassment.  For others, it has made them an object of religious veneration.  In all, the underlying cause is not known – minor conditions may contribute, but the truth is the mechanism for this issue is still unclear and subject to suppositions.

Crocodile Tears
Juveniles seem to be the most commonly affected by haemolacria.  Cases are reported most usually in conjunction with some revered religious relic or sacred worship site.  Some cases have been proven to be complete frauds, with either a parent or the child inflicting an injury to cause the eyes to shed bloody tears.  Sometimes substances are used to irritate the tear ducts and produce the desired effect.  These are more likely to occur in children with Munchausen’s syndrome (a pathological need for sympathy and attention) or be caused by a parent (most often a mother) who exhibits symptoms of Munchausen’s-by-proxy (a mental disorder in which the parent or guardian makes a child ill to gain vicarious sympathy from well-wishers).

There have been haemolacria cases in ancient history that naturally cannot be examined in detail because of the times in which they occurred. Documentation is dodgy and certainly tainted by superstitious and religious beliefs. Dismissing some hapless woman with haemolacria as a witch and burning her publicly would tend to make sufferers stay out of the public eye as well, and thus not make their true numbers known.

In the modern world reports of some child or young adult crying blood are usually featured as human interest items on local news reports.  Such stories are usually angled toward the “miraculous” and mystical religious connotations of the manifestation.  With few exceptions, most of these cases are usually found in underdeveloped areas or in places where the victim cannot be properly diagnosed medically.

In the United States, there is a fifteen-year-old Tennessean, Calvino Inman, who cries bloody tears.  This is routine for him – he cries the red tears three times a day.  Investigations into his condition remain inconclusive – while it is abundantly clear there is no supernatural cause for his crying blood, the organic cause is not known, either.

Far more girls than boys exhibit haemolacria, though.  A classic case study involved a fifteen-year-old Indian girl for whom no underlying medical problem could be discovered for her bloody tears in 1984.  Another more recent haemolacriac is teenager Delfina Cedinoa.

Credit: telegraph.co.ukYet another is an 18-year-old Egyptian girl named Dawa’a.  She claimed she was under the influence of the jinn (the Middle Eastern mischief-making demons of The 1,001 Arabian Nights tales). This girl, unfortunately, had religion and superstition thrust upon her as explanatory.  She may very well have had an undiagnosed infection or other medical issue.  A

Credit: Al Nahar TelevisionMuslim scholar expressed certainty that the jinn were only an external influence on her, in his opinion, and had not “possessed” her.  He based this conclusion on the fact that her voice did not change and she did not convulse when she cried bloody tears.  The jinn explanation was offered and seemed to be the end of the interest in her case: no medical opinion was proffered.

As a prime example of religious veneration, aberrations in people can make them objects of worship.  As with hermaphrodites in ancient Greece (considered mystical) so, too, was the teary blood-shedding of Indian girl, Rashida Khatoon, perceived as a sign of sanctity.  She had been documented as crying blood up to five times a day, occasionally fainting during such episodes.

More critically, though, is her turn as a scared personage – she has become a holy shrine in the wake of her publicity.  Many gifts, offerings of a religious nature, have been given to her because of her miraculous, bloody crying.  Medically, nothing can be found wrong with her, and she reported that her bloody tears do not hurt or cause her any discomfort.

No More Tears
Many conditions and diseases are proffered as causative, though no one specifically fits every case.  Severe anemia, jaundice, and vascular tumors are commonly noted.  Conjunctivitis is an obvious offender as well.
Many people exhibiting haemolacria, however, have no clear medical condition that could cause them to cry blood.  Most are in completely excellent health.  It is the lack of solid medical information that makes this phenomenon – certainly not miraculous or of divine or supernatural origin – still quite mysterious nonetheless. 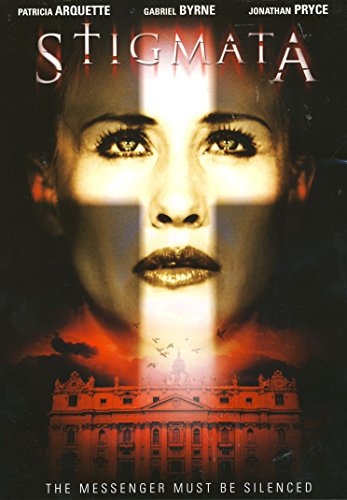 Trucker Man Amazon Price: Buy Now(price as of Mar 11, 2016)
Next >> Zika Shrivels Testes, Drops Testosterone, and May Cause Infertility