The Batmans and Robins of DC Comics have been defending American society since before World War II. They have dealt with numerous political bombshells, catastrophies and other social and global matters since then. These multi-talented heroes, plus quite a few heroines too, have moved with the times and are still active on comic book pages defending the rights of Americans today.

It was no surprise that the US postal authority (USPS) honored some of the best known DC superheroes by issuing postage stamps depicting them in all action poses. Detective Comics has grown to become the world’s top known superhero brand in the market today. It was no easy task to select just 10 superheroes for depiction on the stamps.

Some famous ones who were rejected included The Joker, The Riddler, Mr. Freeze and Batman’s sidekick Robin. 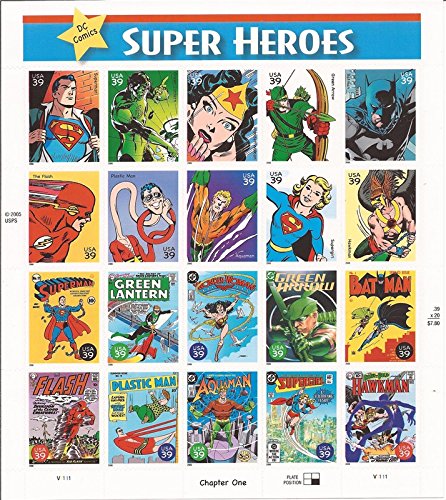 Wonder Woman was first seen in this cartoon like form in 1941. She is a symbol of all that is good in the world and she is a beautiful role model and ambassador of peace.

Her strength, courage and beauty are legendary and the USPS recognized her as an all American heroine (and icon for feminism too) by producing this postage stamp in 2006.

Male superheroes do tend to dominate the pages of the most popular DC issues so Wonder Woman was a welcome recognition for the female comic book fans and stamp enthusiasts. She joins a growing list of famous women appearing on stamps.

These DC stamps were the first set of superhero stamps issued in the US in 2006. There was absolutely no doubting the fact that the most recognizable comic book characters would be featured in the stamp set. Foremost were the twosome of Superman and Batman.

They are by far the most recognizable super hero book characters that exist today. Superman first appeared in comic-books in 1938 and now is so well known that few will fail to know who Clark Kent really is, or where he lives and works in the Metropolis.

His x-ray vision and ability to fly are legendary so his appearance on the nation’s postage stamps came as little surprise. Indeed, there would have been uproar if the ‘first ever’ superhero had been omitted from the DC superheroes line up chosen to grace the special edition of USPS stamps. Apart from comics and stamps DC heroes (and DC comic villains) have appeared on clothing, mugs, cell phone covers and in many toy formats such as Monopoly or Lego Batman, which is a best seller for the brick company.

Credit: USPSThe remaining stamps feature one other female in the form of Supergirl as well as Batman, Green Arrow, Green Lantern, Hawkman, Aquaman, Plastic Man and The Flash. All of these supersonic, multi-talented and turbocharged super heroes were shown on the postage stamp in caricature format similar to the two stamps shown in this article. I would have preferred a less comical-like image to be used similar to the Captain America stamp that was issued on behalf of Marvel Comics in 2007.

This 2007 issue was also of 10 superheroes but this time it was DC’s rival book producer Marvel. On the purely artistic side the Marvel stamps, such as the movie like Spider-Man image, are better that the DC ones but many fans prefer the comic like images used for the DC stamp issue. It seems to remind them of when they were young and printing techniques were well below today's standard.

From a philately perspective both sets are highly sought after. Each set consist of 20 stamps, 10 of which are the superheroes themselves, while the remainder are specific comic book cover postage stamps.

The USPS, with the two superhero issues of 2006 and 2007, set a trend for other top stamp issuing countries to follow. Several postal authorities have put their national fictional heroes on their national stamps. The latest to do so, in 2012, are the Royal Mail who added 10 images of the British comic book stars to their stamp issue called World of Comics. Great Britain’s Dandy comic celebrated 75 years in existence.

If you manage to own these 10 beauties from UK, plus DC Comics set of 20 alongside Marvel’s 20 stamps then you will have a collection of comic book character stamps that are second to none. 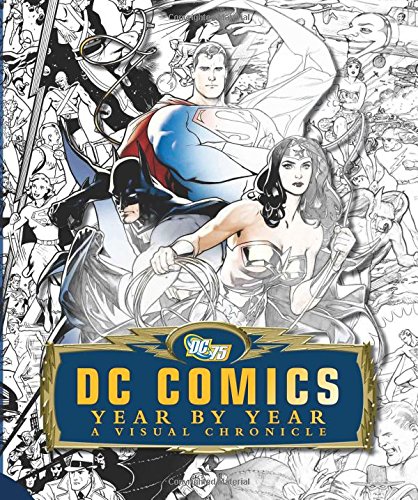