Are you trying to workout the differences between the DC9180 and DC9181 lithium ion batteries from DeWalt? If so, this brief comparison guide will be able to helpo you out, describing what each battery is for specifically and where they differ from one another.

The main points of difference is the number of recharges -- the DC9180 can be recharged a lot more (i.e a longer life span) -- as well as a locking mechanism and difference in color design (and price).

The Dewalt DC9180 is an 18V lithium-ion battery. It is a good portable power source for almost all Dewalt tools.

The DC9180 is specially designed for a wide range of Dewalt tools and consists of a lithium-ion battery. The lithium-ion is incorporated in a compact, lightweight battery pack that can be easily attached to the tools that you may be working with. 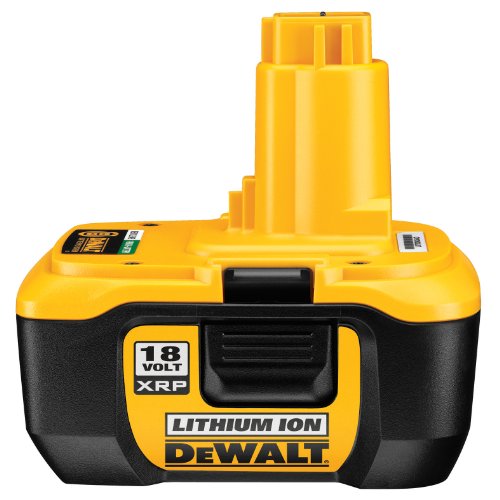 The DC9180 has a sophisticated design and looks attractive too, and is also very portable. You will be able to take your tools around without feeling the bulk of a battery. The pack does not have any memory and does not self-discharge at all which makes it an ideal battery and also results in less downtime.

It has a voltage rating of 18 volts and can be recharged in a mere 30 minutes with a charger that is lithium-ion compatible. You can use it for a long time as it will last at least 2000 recharges.

With dimensions of 7 x 3.5 x 7 inches it is extremely portable and has a weight of only 1.6 pounds making it a lightweight battery pack. It has an electric cord to supply power for charging and also has a good locking system.

The DC9181 is an 18-volt battery for powering Dewalt tools. The battery can be recharged easily in a short period of time.

The technology used in the battery pack is very advanced for which Dewalt is known for around the world. It consists of special nano-phosphate lithium-ion cells which have an extended life and are known to be very durable. In fact you do not have to worry about replacing the battery for at least 1000 recharges since it has been tested thoroughly for a long life. 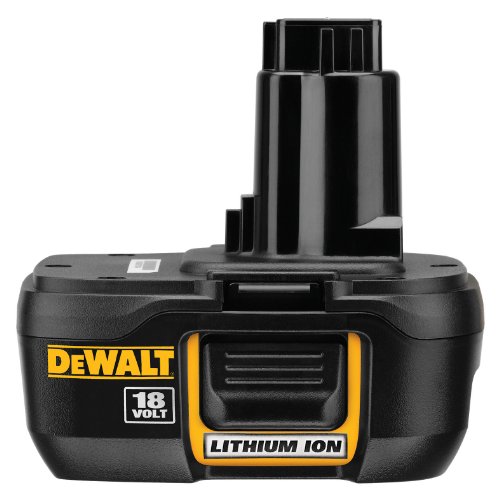 When it comes to recharging it takes only 30 minutes to charge it which means that you do not have to go without a power source for your tools for several hours. The battery is conserved by the unique feature of the pack by which it retains all the power and does not self discharge. There is no memory either which means that there is less downtime. You can charge it easily with any lithium-ion compatible charger.

Since the same battery pack can be used for multiple tools you can save on the power source since you can fit the battery pack into whichever tool that you are working with.

With dimensions of 7 x 7 x 3.5 inches you will not have any trouble carrying it around especially since it is also very light with a weight of only 1 pound. The DC9181 comes with an electric cord to supply power for charging.

Both are very similar and have the same features. The batteries can be charged in a short period of time and the battery packs are very durable. They can also be recharged several times and will last you for a long time. With a lightweight design it is easy to use with your tools since they will not be heavy. Dewalt has advanced technology which is used in the battery packs. It is a step ahead of the nickel cadmium batteries that are also used by owners of power tools.

While the DC9181 can be recharged 1000 times the DC9180 can be used much more for a longer time with 2000 recharges. Another difference between the two battery packs is that the DC9180 has a locking mechanism that comes with it.