Lionel is a proto-nerd who enjoys time with his wife, retrogaming, roguelikes, horror and psychological suspense movies.
InfoBarrel is a writing platform for non-fiction, reference-based, informative content. Opinions expressed by InfoBarrel writers are their own.
InfoBarrel > Entertainment > Music

"The Silver Door", from Of Silver and Rust

It's easy to take a tranquil drive down Route 236 in South Berwick, Maine, take a left or right, and be done with the town in a few blinks.  It's even easier not to know that one of America's best folk artists calls this semi-rural town his original home.

While studying art in Baltimore in the 90s, Dan picked up his guitar, often playing and illustrating in the same evening.  A return to his parents' farmhouse in the Tatnic Woods of South Berwick let him practice to his heart's content for several years.  To make ends meet he bused tables in a lobster restaurant and sang on bustling Maine and New Hampshire streets.  He got so good that his kind-hearted boss plucked a $100 bill out of the night's sales, handed it to Dan, and warmly told him "to never (expletive) come back".

With that, Dan began work on his own album art, adapting the nostalgic, organic feel he discovered while designing rock posters for others.

Soon after, his first album came, Of Silver And Rust.  As with all subsequent albums, it demonstrated masterful combinations of vocals, acoustic guitar and minimal percussion in each song.   His song "Ride with Me", heard below, is a romantic yet haunting invitation to end the longing and emptiness of two lives.

2005's Dan Blakeslee Live At Laconia Prison, an homage to Johnny Cash's visit to Folsom Prison, was followed by Your Christmas Companion, Holiday Fair, and his defining folk album Lincoln Street Roughs.  The latter featured violins, especially in its most memorable "Your Spanish Scarf".

In 2011 Blakeslee also recorded Tatnic Tales in a uniquely acoustic barn with his band The Calabash Club.  The album reflected personal experiences, making use of traditional folk instruments.  In the same year his Halloween alter ego, Dr. Gasp, emerged to great acclaim, and in 2012 he took a pumpkin-shaped tour around New England.  His video "The Vampire Fish" was born of this effort.  2013 brought him to new parts of the country at SXSW.

Dan is currently playing 200 shows a year, and soon begins a US and Europe tour for his newest album, Owed To The Tanglin' Wind, which will be out in late May of 2014.  More information on his career, artwork and life can be found at http://danblakeslee.com. 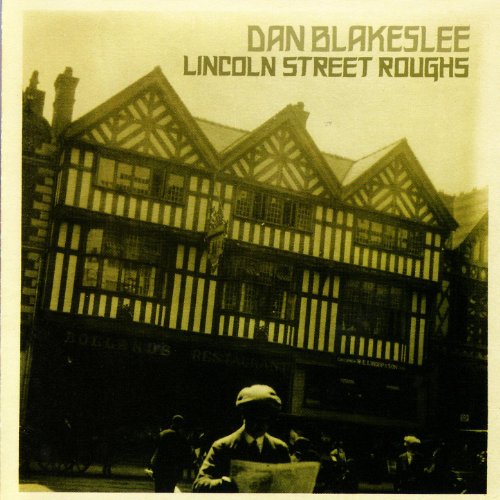 Lincoln Street Roughs Amazon Price: $7.92 Buy Now(price as of Jul 3, 2015)
Next >> Learn to Love Classical Music. Find Out What Amazing Songs You May Have Been Missing!