Thanks for reading this article. If you are interested in joining InfoBarrel and making some money, please allow me to refer you by Clicking Here And start earning passive income today!
InfoBarrel is a writing platform for non-fiction, reference-based, informative content. Opinions expressed by InfoBarrel writers are their own.
InfoBarrel > History > Modern History

David "Davy" Crockett (August 17, 1786 – March 6, 1836) was an American folk hero, frontiersman, and politician. Davy Crockett was also a soldier in the Texas Revolution where he fell at the Battle of the Alamo. While Crockett was a real person, his exploits were continuously blown out of proportion until he became a huge folk hero at the time. His legend continues to this day as his name is everywhere including:

Davy Crockett was also a politician at one point as a member of the House of Representatives. He really was all over the place during his time.

Disney added their own version of the legend beginning in 1954. They developed a five part miniseries depicting the legend of Davy Crockett. In 1955, the first three episodes were adapted into the class Davy Crockett: King of the Wild Frontier.

Believe it or not...Davy Crockett did not actually wear a coon skin cap. Shocker! Walt Disney actually introduced the famous hat to the legend for the miniseries. The series and movie were received very well. Davy Crockett was played by by Fess Parker. Parker also later played in Daniel Boone (also sporting a coonskin cap) and in Old Yeller.

Davy later resurfaced in 2004's The Alamo. Davy Crockett is played by Billy Bob Thorton. The film was not received very well by critics, but was a decent modern portrayal of the folk legend. In fact, it was probably significantly more accurate than the Disney version.

While Davy Crockett's legend is largely exaggerated, he is an immensely important figure in our history. Davy was significantly involved in the development of our nation, and especially for us Texans! One thing is obvious. Davy Crockett was important enough to the people of that time that people where developing legends about him even back then. He continues to resurface from time to time in popular culture and influence our lives even to this day. 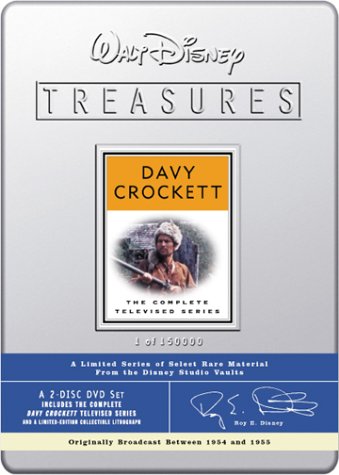 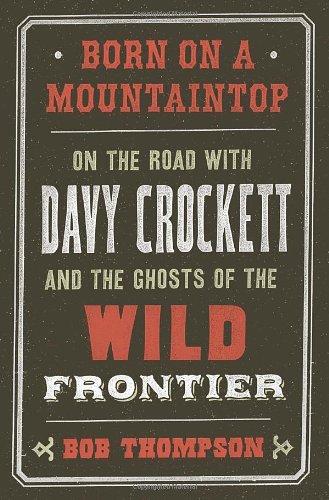 Born on a Mountaintop: On the Road with Davy Crockett and the Ghosts of the Wild FrontierAmazon Price: $27.00 $12.96 Buy Now(price as of Sep 27, 2013)
Next >> Fashioning a Reign: 90 Years of Style from the Queen's Wardrobe - Magnificent Exhibition at Buckingham Palace