Long Away in the Great Alone

This is a present from a small, distant world, a token of our sounds, our science, our images, our music, our thoughts and our feelings. We are attempting to survive our time so we may live into yours. - United States President Jimmy Carter

At over 11 billion miles from home, a deep space voyager glides silently outside the Solar System.  In the loneliest place imaginable, Voyager 1 may yet find a listener for the special message it carries from an equally lonely place, the Earth.

The NeighborhoodThe third planet from Sol (the Sun) is unique in the solar system it occupies.

To date, it is the only one in The Neighborhood upon which sentient life developed.  Over millennia, that life evolved into a bipedal organism capable of manipulating its environment in extremis.  This life form finally achieved the tragically poetic goal of leaving its home world only to find there was no one else Out There.

The Space Program, born in earnest with the USSR’s launching of Sputnik 1 in Oct 1957, was one of high ideals and a romantic sense of adventure.  The Final Frontier represented the greatest unknown with perhaps the most truths yet to be revealed.

Satellites and probes transmitted data from The Neighborhood.  Much of this data disabused the scientific community of some previously held beliefs.  Because science is open-minded, it was able to ponder and reform its thinking.  The Moon, for example, was once thought to be a “captured” satellite.  It is now known the Moon is really a large chunk of the Earth, knocked from its parent’s semi-molten, undifferentiated whirling mass of coalescing rock by a passing celestial body.

It is both arrogant and simply plain wrong to believe beyond any doubt that what is known as “humanity” on planet Earth is the only such sentient organism in the Universe.  Simple statistical analysis clearly indicates otherwise: in a virtually limitless expanse consisting of a finite variety of elements, the odds of finding similar conditions in another corner of The Cosmos, while perhaps small, is not negligible.  Nor is it impossible.

Knowing the potential for other life’s existence on other worlds led the rational minds of the scientific community over many years to engage in experiments and projects to do mainly two things: 1) find out if there are Others outside our Neighborhood, and 2) let The Others know, somehow, that we are here.

The first part of the quest for knowledge is reflected in scanning activities such as viewing the stars and other stellar bodies through telescopes or with spectrometry.  There is also the SETI (Search for Extra Terrestrial Intelligence) program.  SETI’s main piece of equipment is a gigantic radio antenna aimed into space.  It “listens” to the background noise of The Cosmos on the off-chance that there is (embedded in this surprisingly hypnotic quiet storm of white noise) the patterned sound of broadcast intelligence.

It is the goal of letting The Others know we are here, however, that is the more intriguing.  This is because the “how” part is easily done.  It is the “when” of such a message’s receipt that fires the imagination.  But it is this same “when”, though, that limits the utility of casting seeds to the wind.

Message in a BottleIn 1977, the Voyager Project was unleashed with the launching of Voyager 2 on August 20.  Two weeks later, Voyager 1 was sent up.

The Voyager probes are fundamentally very large sensory organs and transmitters.  Their missions were to gather images and data about the outer planets and to relay that information back to Earth.  This golden opportunity was the culmination of over a decade’s worth of technological and scientific effort.

Another purpose also became aligned with the Voyager project, and that was communicating with any “Others” that might be outside The Neighborhood.  This only made good sense.  NASA would be throwing two very expensive, technologically advanced “bottles” into the cosmic ocean; why not put a message in those “bottles”?

That, of course, begged the question, “What kind of message?”  First, it had to be simple and clear.  Secondly, any message had to contain enough data to let its finders know that the creators of the “bottles” were sentient and advanced enough to have initiated such a project.  The message should also tell its finders from where and when the probe had traveled.  Finally, in one of the most glorious of inspirations, the ambient and manufactured sounds of the planet were determined worthy of inclusion in this message.

This naturally led to the next round of debating – whose words should be included and in what form?  How, with the technology of the mid 1970s, could any method of recording and storing sound survive the rigors of deep space and the millennia that might elapse before another civilization discovered Voyager?

Carl Sagan, the celebrity physicist and astronomer (host of the legendary PBS Cosmos series of television programs), with other NASA think-tank members, devised a plan of what and how.  The result was amazingly simple: NASA cut a record.

Gold RecordRadiation, temperature extremes, magnetic fluxes, and meteoroids all had to be considered when building Voyager for durability.  Critical was shielding its instrumentation from gravitational and electromagnetic fluctuations near the larger planets or physical bombardment when passing through the Kuiper Belt. [The Kuiper Belt is an expanse of billions of small, icy particles stretching for millions of miles starting outside of Neptune’s orbit.  It is believed to be the source of all short-period comets in the Solar System.  The Kuiper Belt thins out into the Oort Cloud, a similar expanse believed to be the source of all long-period comets in The Neighborhood.].

The best form of archival recording technology available for Voyager was the vinyl 33-1/3 rpm “album”.  Vinyl, of course, could not withstand the harsh realities of cold, deep space.

The solution was gold.  One of gold’s most valuable properties is that it does not react readily with other elements; thus, it generally remains in whatever state it is presented.

Having solved the literal composite issue of the disc’s construction, sound engineers researched and presented recommendations of echos of humanity to include on the record.  A committee decided what materials would finally go on NASA’s interstellar Gold Record.  A 12”-diameter disc of gold plating over a copper core was approved as the recording medium.

Voyager 1 and Voyager 2 would each carry a copy of the record.

The sounds on the record are an amazing and catholic overview of the planet on which we live.  The disc was mastered in the same way that a vinyl LP or 45 rpm single was.  The sounds

Music was also included.  Snippets from Mozart ride along with Chuck Berry’s “Johnny B. Goode”.  [In the late 1970s, Saturday Night Live spoofed the discovery of Voyager’s disc by aliens.  The message of first contact from the aliens, after playing Voyager’s record, was “Send more Chuck Berry!”]

The record requires a stylus and a turntable to play it.  Both are provided on board the space craft.  The playable disc is mounted on the outside of Voyager so it is readily seen.  It is secured by a gold cover of similar dimensions.  This jacket carries a set of glyphs, among which are ones that depict the model of the hydrogen atom (the most common element in the universe) and a small engraving that illustrates how to play the gold record under the cover.  [In case this cover becomes too pitted or scarred from cosmic debris, the same set of glyphs are on the unexposed side of the disc as well.]

“Playin’ All the Hits!”In order to conserve power on the electrically operated Voyager, systems shut down as they outlive their ability to efficiently produce information (due to distance from Earth).

Voyager 1 last relayed visual images in 1990 when it sent an “over-the-shoulder” look back at the Solar System it was leaving (this image was specifically requested by Carl Sagan before the power down operation).  In 2008, its radio-astronomy functions terminated.  In 2010, the lonely probe passed through the heliosheath (most simply described as the “border” where the Sun’s electro-magnetic influence – the “solar wind” – ends and the true nothing and lonely of interstellar space beings).

In December 2011, Voyager 1 entered a new region referred to as a “cosmic purgatory”.  This is a transition from the relatively active area of “solar wind” into the dead calm of deep space.  The strength of the Solar System’s magnetic field doubles in this area amazingly enough.  This region is where the solar wind (charged particles from the Sun) rebounds and starts heading back into the Solar System.  [This interface can be roughly likened to surf pounding on a beach: the waves are the solar wind, and the shore is the “pressure” from interstellar space.] Voyager relayed this information which greatly surprised its NASA interpreters; it was a phenomenon not suspected.

At its distance from Earth, radio signals take a little over 16 hours to receive (if Voyager says, “Hello”, almost 33 hours later it would hear “Hi there” back from NASA).   It is using the star Alpha Centauri as its navigational beacon (about 4.4 light years from Earth).

In 2016, Voyager’s gyroscopic system will stop functioning – its antennae will no longer automatically orient toward Earth.  Voyager 1 will be quiet.  In 2020 its last on-board scientific instruments will go off-line, and some time between 2025 and 2030, it will not have enough electrical power left to charge any of its instruments.  It will begin silent running at that time.

Voyager 1 is cruising at a speed of about 38,000 miles per hour; it gained some acceleration with carefully planned slingshots off Jupiter’s and Saturn’s gravitational fields.

Credit: Paramount, 1995Unless it is diverted by an asteroid or by artificial means, it will continue on its planned deep space trajectory without deviation.  40,000 years from now it will pass to within less than 2 light-years of a star system in the Camelopardalis Constellation group.

In popular culture, the loneliness of Voyager 1 was presaged in the 1972 sci-fi cult film, Silent Running, starring Bruce Dern.  The probe featured as the antagonist in 1979’s blockbuster, Star Trek: The Motion Picture (after it gained sentience after centuries in space).  And Voyager also received an honorific in 1995 when Paramount launched a series about a starship lost in the farthest reaches of our galaxy.  The show was named Star Trek: Voyager.

The non-fictional Voyager 1, however, has no particular destination at all.  It is simply adrift in the Cosmic Ocean, its record of Earth sounds secured to its side.  Centuries from now (if ever) some celestial mariner in the long away and great alone may find Voyager 1 and wonder about the strange disc of chirping birds . . . and the rollicking guitar of Chuck Berry.

Twisted science fiction from the author! 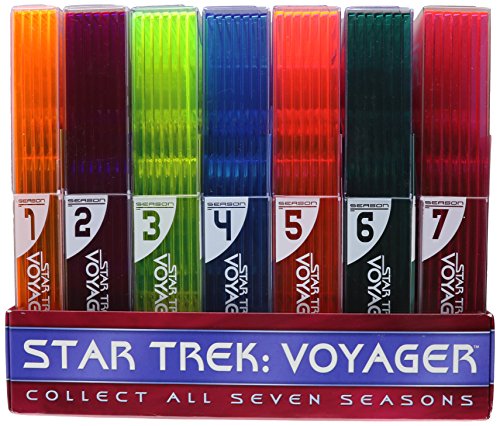